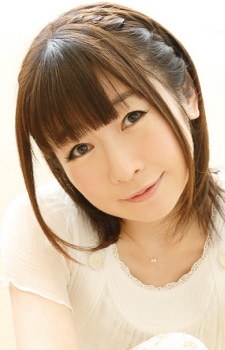 The staff of Soukyuu no Fafner: Dead Aggressor's broadcast commemorative event posted a blog entry on behalf of Miyu Matsuki, stating that the voice actress is unable to make an appearance due to her suffering from pneumonia. They further apologized for the sudden report of her absence and thanked Matsuki's fans for their support.

Miyu Matsuki played the role of Shouko Hazama in Soukyuu no Fafner: Dead Aggressor. She is also known for her leading roles as Cthuko in Haiyore! Nyaruko-san and Kumi Tanaka in Yurumates.

Held at the Cinemart Shinjuku on July 4, the event is being held to celebrate the 11th anniversary of the initial broadcast of the series. Select screenings of the first series will be shown and a group cast talk will be held, featuring Makoto Ishii (Kazuki Makabe), Marika Matsumoto (Maya Toomi) and Minoru Shiraishi (Kenji Kondou).


Update July 14
The seiyuu will now be taking a hiatus from voice acting in order to recover from her illness. She also revealed that she had a fever since start of the year, which didn't subside, resulting in acute pneumonia. She has assured everyone that she will return to work once she has fully recovered.

Rest In Peace, Miyu Matsuki. May your afterlife will be much better. You are doing great in your role and best Seiyuu. Condolence to her family.

Short message to her " You are perfectly match voiced Anna Nishikinomiya and some others anime as well as character in Tale of Zestiria, Thank you for your hardwork".

Never though that this would result in her death.

R.I.P. and thank you for every contributions in anime world.

"If I get better from my sickness, I'm going to get married"

Speedy recovery, best wishes and stay safe. Hope the coughs and pain aren't keeping you up at night. Speaking from experience, it's the sleepless nights that are the worse since sleep heals you but if you can't even sleep soundly... it can really lengthen the period.

Big BIG fan of your Hisui, Cthuko and Sapphire.

I hope you get well soon, Miyu-san!

News Update
The seiyuu will now be taking a hiatus from voice acting in order to recover from her illness. She also revealed that she had a fever since start of the year, which didn't subside, resulting in acute pneumonia. She has assured everyone that she will return to work once she has fully recovered.

CG-Silver said:
For those who don't know what Pneumonia is and are too lazy to search it, here is a brief explanation.

Pneumonia is a lung infection that can make you very sick. You may cough, run a fever, and have a hard time breathing. It may take a person about half a month to recover and the recovery can be done at home.

i love your voice, please get well soon.

I really do hope her case isn't severe and that she recovers quickly. Pneumonia is nothing to make light of.

sevenPocky said:
I hope she'll be well, pneumonia is painful...

Tell me about it. I had Pneumonia when I was 12, and it was horrible.