by dtshyk
Dec 12, 2012 7:55 AM | 66 Comments
According to MyNavi News, an original anime movie "HAL" was announced to be premiered on June 8th 2013. It's a sci-fi romance story about a girl named Kurumi and the android Q01, which resembles her deceased lover Hal.

Synopsis:
The happy life of Kurumi and Hal suddenly ended by a plane accident. In order to recover her willpower to live, the android Q01 was provided as "robot Hal". During her life with the robot Hal, Kurumi gradually opens her mind to the android but...

Aww I gotta read the manga before I watch this!

ZOMG! I love Sakisaka's chara design fo this. I cant wait to get to watch this!!! I wanna watch *A*

Already out the PV:


The girl (Kurumi) looks better in the PV (the first picture not benefited).

It seems that the main character is the robot (Haru).

Looks promising. I look forward to a day when it's released. The plot a robot becomes like a human reminds me of Sasami-san@Ganbaranai, in which one of the characters is a robot who wants to be a human. 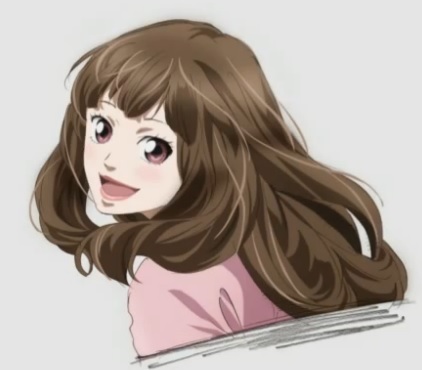 Reminds me of the art in Ao Haru Ride.

EDIT: Lol not surprised that the chara design is by Sakisaka Io, I'd recognize her eye style anywhere.

Already out the PV:


The girl (Kurumi) looks better in the PV (the first picture not benefited).

It seems that the main character is the robot (Haru).

I like the design, I will probably check it out when it's released/aired. I only wonder how "subtle" the sci-fi is, aside from the obvious fact that the guy is an android. I prefer realistic stories, to be honest, but as long as the robot is only the sci-fi part, I guess it's okay. (Maybe I'm asking too much, but I just don't like unrealistic things so much. Subtle sci-fi, fantasy, surrealism, etc. is okay, but... yeah, as long as it's not overwhelming.)

Well, will watch. Sounds like an interesting romance story + designs by Sakisaka Io.

Now, I hope for a Strobe Edge or Ao Haru Ride anime adaption...

At first I mistook it for the adaptation of this short story and thought "how the fuck is this original?" Then I read the synopsis.

To be honest, I wouldn't watch either.

DenjaX said:
I thought MAL will be getting an anime... ಠ_ಠ

I'm going on record saying this is gonna suck. For he had a part in the butchering of Guilty Crown.

I'm looking forward to it

yeah gonna pass on this one

DenjaX said:
I thought MAL will be getting an anime... ಠ_ಠ
lol thank god i wasn't the only one who thought that

The guy looks like a duplicate design of the main character from [C].
The girl though, she does have that shoujo kind of look like she was designed by the same people who made Penguindrum. Idk. .-.