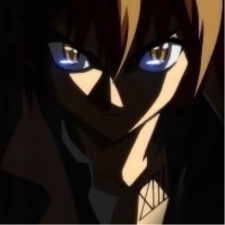 Yeah, the bolded entries were the main ones to watch, the important parts of the UC universe.

The Gundam Unicorn OST is a freakin' magic. *__*

wicked_liz Oct 14, 2014 1:35 PM
The British version is funnier to me, but the humour is different. I like British shows generally, watch an episode and decide.

Am a fan of "Arrested Development" though.

Black Cat was okay, gave it a 9. Not really my kind of show though.

I need to watch some movies/ tv shows, I'm beginning to not understand what people are talking about ;_;

Before I had an MAL I used to keep track with notes, so it's useful to know what I've seen and stuff. I'm pretty attached to it. Don't let the number fool you, there are still so many shows I want to watch. :burn:

And your Plan To Watch list made me cry for you. Fight-O!

Rinji- Mar 12, 2014 11:01 PM
Hey, the chibi is Himouto from Himouto Umaru-chan. It's a great slice of life series, packed with cuteness. And yea, the profile pic is Shiwoon from The Breaker.

i knew this was gonna happen, rejoice!
All Comments