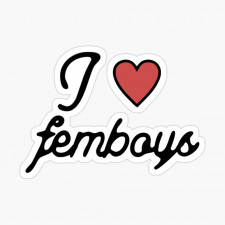 Good luck. I hope you get it.
If they need people but don't hire them, that's a huge mistake. That happened at my workplace, and people started leaving left and right, because they were overworked and pissed off. When a lot of people left, that's when they realized they need to hire more than they did, so yea...

Well, it's November. I'm glad that it was relatively warm here up until November. I remember last year it was freaking winter in April, so I'm glad the warmth lasted longer as well. I hate going out in cold though. I dread the winter season :/

Mladen Nov 11, 2019 5:23 AM
I use AnimeRush, since that's what I started using when AU died. As long as it has MP4upload mirrors, I am fine with anything.

I am caught up, and I can tell you that the pacing is still crap. It's like, development that would happen in 2-3 episodes is happening in 10 episodes, which makes everything feel less exciting and drawn out. Even when exciting things happen. they feel boring because of how slow it's going. I have to be up to date with it cause I feel like I'd never motivate myself to actually marathon it through this pace. So many "dead" episodes.

Most important thing for me is who I'm working with. I can't stand to be in a toxic environment with people who I can't stand. That's why I don't want to leave this place either, cause I like most people I work with. Not like I have some great friendships, but I enjoy their company. I'm so closed off and withdrawn that it would feel like a chore meeting new people and trying to open up all over again. That's probably the biggest thing keeping me here.
If you're good at the register, then it shouldn't be too hard to find a job. Most of the time stores are looking for cashiers and stuff. It's one job I wouldn't really want to do, just cause of how antisocial I am :/

That's how it's at my workplace. They're stressed, so they transfer all that stress on us, and it's just a shit environment all over.
Oh, that's great. It's really nice that you can meet such good friends even at work. I also found a girl who's into anime, those weird TLC shows that I love watching, and we even have similar music taste. She's literally the only person at my work who I could openly talk about anything, just because we have the exact same taste in everything. She quit though, so I'm pretty bored and demotivated again. Like I said, getting close to someone is an extreme rarity for me xD
It's boring and exhausting enough just to work there for 8 hours. When you add the fact that I don't really have anyone to talk to for most of that time, it's just shit. Wish I'd be able to listen to music at least. Feels like I'm a freaking machine there.

One Piece became a bit of a chore for me. Can't believe that the pacing is still such shit after all these years. Still watching it weekly anyway :/

Typical factory work. Producing car installations and stuff.
That sounds exactly the same situation as my workplace. We never have enough people, so you're always picking up someone else's work. Stress can be unbearable sometimes. Even on "good" days, it's just tension all over. I really despise working there...
If you can find something else, go ahead. Don't stay at a shitty place like that, like I do. I have a bad habit of getting tied down for no reason. Like, I am used to this place, so even if it's shitty I don't want to look for something better right now. Stupid way of thinking.

Mladen Nov 9, 2019 3:09 AM
Funny thing is that I had almost 800 when AU died. When it died, I haven't watched almost any completed anime, and I only pick up around 5-6 seasonal ones instead of 50 that I used to. I kinda lost the motivation, since AU was a big reason I watched that many to begin with.
So yea, for the past 2-3 years, I watch only around 10-15 airing ones. Not that many. But I never did took a complete season off :D
You have so many currently watching ones! How do you even manage? xD

It's going fine. I have some time off from the work, so I've been playing League and listening to some audiobooks lately. Just lazing at home.
What about you?

Mladen Oct 14, 2018 11:53 AM
I guess I'm interested in one info more than the other xD
Few episodes? But there's only one left! They're gonna do the thing where they info dump and end the season with a shocking revelation/cliffhanger :P
Hope we get to see Annie in the last episode at least. I bet the last episode will have them show up :D

Mladen Oct 2, 2018 10:38 PM
I payed pretty much no attention to the whole family ties and backstories until now. There's so much exposition now... Like huge info dumps all in one season after two seasons of just action. Wish they spaced it out a bit better cause I feel half lost. Like who the hell was even the guy in the end?! xD

I'm just excited that Reiner is back, and maybe Annie soon as well. Just want to see more of their side :D

Mladen Aug 4, 2018 4:23 AM
OP is just skippable :/
I don't know if it's boring, or did I just lose the interest in the series. I think it's just that it's following the characters that I don't really care about at the moment. Kinda waiting to see what's going on with the others.

Mladen Feb 23, 2018 4:37 PM
I can't even imagine how hard that must've been for both of you.
It's awful to watch someone you care about go through all of that without being able to help them.
My mom also has some really big issues with health, so the smallest things can get her stuck in the hospital for weeks. Things like that really terrify me...

It's a good thing to get yourself checked for it. In early stages you can hardly even notice it, especially if you don't know what you're even looking for.

I'm just busy with work, so I have barely any free time. Listening to audiobooks when I can get some time for myself.
I'm so sorry to hear that. My friend's uncle passed away from cancer last week as well. It really does suck... It's awful.

Mladen Feb 22, 2018 10:33 AM
If AU stayed up, I would probably watch twice as many anime than I do now. Discussions there made me motivated to watch crap in the first place xD

I watch on AnimeRush, but I don't post there. Spamming days are over for me. Motivation died when AU died :P

Jmac Oct 11, 2017 3:47 AM
Hey man, long time no talk! Sorry, for not getting back with you sooner. Fatherhood has been taking all of my time and all I have time for is updating my lists.

But to answer your question I don't play Overwatch, so it's someone else. :P

I've been absorbed in Kantai Collection though. ;) 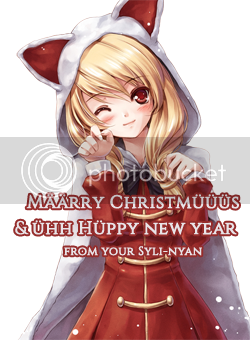