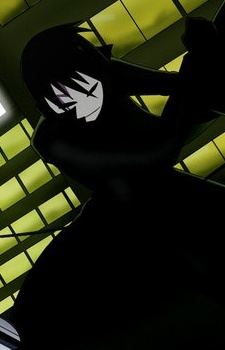 srad1292 Jun 23, 2017 1:28 PM
I watched it last night. A few times the japanese subtitles covered the English ones(maybe six times), and every few minutes a low opacity text of something like "this is just a screener, any distribution, copying, editing, or other showing, is prohibited" would crawl across the middle of the screen. Even so it's the 16th movies I've given a 10/10 on IMDB. It was amazing and I can't wait to get it on Blu-Ray to watch again. Let me know when you finally see it!

As for me, nothing really interesting going on. Been occupied as well too, though I did manage to finish Gunvolt and I really enjoyed Akame ga Kill so I caught up with its manga (crazy ride).

I have also developed an interest in learning Japanese over the past year, been progressing slowly but steadily I think, though it won't be easy at all lol. Got Hiragana and Katakana as well as some other basic stuff down, but I am trying to target the big evil that is Kanji sometime soon...you might be familiar with it...since it's of Chinese origin if I'm not mistaken?

The last day of division finals is tomorrow, 14 of September. Kanade will be fighting against Misaka Mikoto.

League Finals start on 21 of September and last till 5 of October. These are the final rounds, so don't forget to give your vote for Kanade!

Terumi Aug 21, 2014 1:49 AM
Well more for the sidescroller ones I meant, I did start with BN which got me into MM in the first place then I really got into it when SF1 was out and SF2 was around the corner, good times lol.

That's awesome! you should be more active there! the community is wonderful and they share a lot of great ideas, the only negative was an incident that happened a long while back with the community manager but it got dealt with by now.

Many things. For one, some of the staff usually browse the forums or our community manager compiles a document with our ideas and sends it to them to read it.

Our first real participation was a contest where you would pick the stage start phrases to appear in the game, lucky winners were chosen after a community vote from 3 choices after the devs decided on 6 and sent them to Inafune to pick the 3 he thought worked best.

They recently started the next one, which is an enemy design contest, given that the backer slots for 3 of those were empty so they decided to do it in 3 phases, which I think is really smart of them. Phase 1 already ended, now they are currently on Phase 2, for each phase you would get an outline of the kind of enemy they want but then the rest is up to you to submit.

Oh yeah, they also recently announced that they started sending our reward surveys at last, it's going to take time to get in everyone's emails but they said it should be there by the 22nd. Platform choice is not included which is a good thing as I can't decide yet, lol.

That Mighty Gunvolt game looks awesome as well! man, they really are full of surprises arent they? well it's good they are busy at work. At this rate, Mighty No.9 might even be as popular as Megaman in a few years if not more. I sure hope they succeed. Fantastic project so far.

ah, okay. Yeah i haven't been able to watch anime much, though I've been interested in the Assassins creed games. :P

I've been okay i guess, just lost a lot of people i care about because of other people.

Grats, a PS3 is a must have console still, a lot of great games still coming out as well and especially with how the PS4 lacks disc BC. I am especially fond of 2D fighters there.

Gunvolt is going to be great, I really turned into a huge MM fan recently and have beat all of the classics, most of MMX and all of MMZ (which was pretty hard, but badass). Have yet to play ZX, but I am sure this same team can do something amazing since they are experts on the genre. Also a backer for Mighty No.9 and the interaction of the devs with the fans is awesome, can't wait to get it.

Oh, I haven't really played one much in a very long time, though it's still a medium I enjoy. I finished Tsukihime a long time ago which was pretty short and sweet, Have yet to do much with Fate but it's cool Rin's route is getting a TV series. Sakura's Heaven's Feel as a movie is cool too (hopefully a series like KnK)

Terumi Aug 18, 2014 2:31 AM
Yeah, that sucks, I'm pretty behind on it but I would want to catch up again. I guess the author's laziness is off the charts for this to happen a second time.

Yeah, it has been, well nothing much has changed, I guess im fine, got under night in birth lately and cant wait for Gunvolt. What about you?

cool i would love to travel >.<
and i'm working on working out too :3