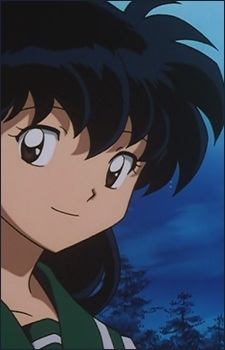 QuattroVaginas May 26, 6:35 PM
Nice dick you got. Pretty different from mine, but I also haven't really examined my own in like 20 years. Think Earthsea and Yamada is the only ones I haven't seen. I've always been more of a Takahata person, so nice to see some appreciation for Only Yesterday, no one really knows it exists.

I went for a Masters too, more to stall because I make dumb decisions and didn't want to work. I was a shitty student and it wasn't cheap, so it was a horrible idea for me personally. But things worked out eventually so hope it goes well for you, whichever way.

And I've also been getting deep into my PS4's backlog. There's some bumps and pieces of turd along the way but it's overall a pleasure experience. Also picked up a Switch for a change of scenery and quicker sessions. Less intimacy with that one since it's a side piece, mainly get in some bathroom action. Tetris when I shit. What kind of games do you play?

QuattroVaginas May 14, 7:21 PM
I sign on to update my list once in a while. Forums hasn't been worth trolling in a while, and everyone I liked talking to has been long gone (yes including you who left me hanging for 2 years). Recently landed a job I wanted to do at a company I want to work at, so I'm on this shit even less. I did go straight into quarantine with my impeccable timing, but work is infinitely more interesting than what I did before (don't let anyone tell you project engineering is an engineering job, shit was so boring I signed up for MAL and dicked around on it 8 hr a day for 6 years). WFH is nice, but I would like to go on campus one day and hang out with the cool kids, and then regret it. In the meantime attending meetings and presenting shit without pants on is a good feeling.

Yeah man, send me your thoughts, I'm bored as fuck. Try not to make it 2 years this time, this world's going to shit you know, I might not be alive. Pretty sure I've seen everything Ghibli but maybe not. I probably missed some of the new stuff. But the old stuff ran on repeat in my kindergarten. Geniuses at Montessori screened Grave of the Fireflies multiple times to 5 year olds. I was scarred for a few years, now I'm into guro.

Well, I ended up getting out of the card stuff... At least the work! 2 years of no desktop and forgot a few things. I wasn't using Photoshop back then, so I may try to switch over when refreshing my memory. I'm still quiet attached to MAL as a social platform, but added Twitter and Discord to the list (do you have Discord yeet?). Haven't been interested in anime lately, tbh. *has almost no clue what to talk about for anime*

Graduated yet? How was your job hunt? And how is it now, what with the quarantines. I'm thinking about catching up with some anime, a bit, and maybe TV series, in the meantime. I finally moved out few months ago, so I have plenty of things to do IRL. Had a job, but quarantine got in the way. Dealing with other issues too. Ahhh the life... I'm adulting!! /sarcasm

Kirinring Oct 5, 2019 12:36 AM
Rare to see someone else loving sakai wakana! PA works girls are something special :)

Amin-kun Mar 2, 2019 9:27 AM
hi, i came from your aria review. currently watching aria the animation. i like it tbh, and it's relaxing, currently at episode 5. but i sometimes feel sleepy watching it. dies it really get better afterwards?

TripleSRank Dec 11, 2018 3:50 AM
Man, just a few minutes ago I was like “I haven’t seen xbobx in ages! What ever happened to him?” So I mozy on over here and realize that I never actually sent you a friend request... somehow... Which is dumb because we used to talk a lot and you’re pretty cool.

Maybe you’ll never see it since you haven’t logged in for half a year, but please accept if you do.

Why you haven’t been around much the past couple of years, anyway? So much has changed/happened since we last talked.

Not dead yet, though there are times it would be preferable.
Pretty sure I'm immortal at this rate. Won't believe otherwise until somebody proves it.

So how is Der Bob? See any worthwhile anime in a while? I haven't even checked what was airing the last few seasons. Inuyashiki was okay, but nothing spectacular, second season of Arslan bored me quickly, and I tried a few series that all have the same goddamn trope of somebody dying and being reborn into a fantasy world.
I've always complained fantasy is underused in anime, but why the fuck does it require a tie-in to modern Japan to be popular? Fuckin' xenophobes. I thought this trend was overplayed in the 90s and now it's making a comeback. Throw in that SAO popularized the trend of boringly overpowered protagonists and suffice to say... I've been sticking with Western television/movies lately.
Has the highschool/loli craze at least died down yet?
Any recommendations?


ALSO THE CHRONO FRANCHISE ONE OF THTE BESTEST EVER!!!
Also added Misuboshi to my plan to read now hehe.

QuattroVaginas Aug 6, 2018 10:10 AM
So I actually exported to Anilist for all of 2 mins, before I decided I hate the UI. Probably could have taken the time to get used to it, but fuck it, lists came back to MAL soon after. It's like having a retarded son you can't leave alone. Can't relate? Me neither.

So I was actually going to include my thoughts on the Busters in my last email, then realized I'm retarded and you haven't watched Die at that point and deleted it. Reading your comment I had to double check if I did ended up sending it. I will always love the OVA boom, as it gave birth to so many passion projects. Even among gold, Gunbuster shone at the time despite its adherence to classic mecha tropes. Even the pseudo-science had its charm (though they went a bit too far up their own ass in the science specials). On the other hand, later Gainax, and early Trigger, had a style that shaped every show they put out, which made them distinct and not at the same time, and Diebuster was a victim of its time. Definitely not a negative, but its main allure remains its iconic predecessor. There is almost a dichotomy between the fanbases of Gun/DieBuster, so I'm glad you were able to enjoy both.

So what's next on your cultural appreciation journey?

QuattroVaginas May 16, 2018 9:38 AM
OVA is the best way to experience them. Aside from improved audio/visual, the movies are mostly-cut-and-sometimes-paste jobs. Looking at the runtimes should convince you. Can't think of any compilations worth watching over originals actually.

Love to read more in-depth on what you thought of the Busters after you finish them. I always push them as part of the mecha starter pack, and it's pretty well received by people who claim to hate mecha, but Gunbuster (less so her sister) actually adheres fairly well to the "real robot" formula. It's undoubtedly a landmark for Gainax though.
All Comments