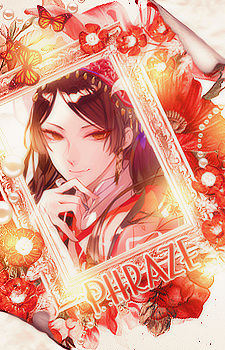 Busy with life. Hit me up if you need anything. Usually on Discord, a lot.
Retired GFXer so I'm using presets here.

Kurt_Irving Sep 11, 9:26 PM
As for Dot Hack G.U., it's interesting that a lot of notable seiyuu made up the cast. It was the only other time that got Takahiro Sakurai and Ayako Kawasumi (from Melfina to veteran actress) casted together. The first time they got together was in Gatekeepers and they were very young back then.

A seiyuu Ayako's age that I love is Yui Horie and she's simply cute. It's funny that Naru Narusegawa is as fiery as Yui or Ayako's animal sign, the dragon. I love Susan Harris by the way, the character Yui voiced at the same year Ayako voiced Ruriko.

Other than that, the Bang Zoom people did a great job in Dot Hack GU also. Yes, the people that dubbed Naruto. Oh! and Sakaki with the dubbed Alucard voice was so diabolical. Yes, that guy Crispin Freeman.

Kurt_Irving Sep 10, 10:00 PM
Thanks for replying and it's all good. Fact is, I completely forgot that I sent you a message.

On the other hand, a big tomboy told me that a future Gundam SEED movie is in the making and at this point, I hope to see the return of Rie Tanaka.

My friend from North Carolina got into the Gundam franchise since SEED's western debut and would love to see the future Gundam SEED movie also. She told me that SEED and Chobits are what got her into the awesome J-Pop singer.

For some reason, Lacus Clyne reminds me of how cute, gentle, upbeat and humorous my first girlfriend was.

It's also interesting that Shino from Dot Hack G.U. has a similar personality to Lacus Clyne. Both characters cheer up the boys that they want to play with.

Waaaa! Can't believe I forgot to deliver these!
So sorry for the delay, but it kind of fits now that we are almost in summer ^^'
The Hour Glass Claim I hope to have them all ready soon and delivered, sorry it has taken so long!
Remember to saved them, you have 30 days to do so.
Enjoy~

NOTES
☆ Husbando of the Week, and Weekly Psychotic Character currently on SEMI HIATUS until the future notice
☆ We currently need more staff members, so if you have free time and wanna join the team, why not Apply?
☆ Now we have a NEW Discord Server, so come join us on Discord

NOTES
☆ Husbando of the Week, and Weekly Psychotic Character currently on SEMI HIATUS until the future notice
☆ We currently need more staff members, so if you have free time and wanna join the team, why not Apply?
☆ Now we have a NEW Discord Server, so come join us on Discord

Don't worry! I haven't been the most active lately as well. Hope work is going good!
What other games have you been playing besides Mafia?

I'll add you when I get on Discord later!