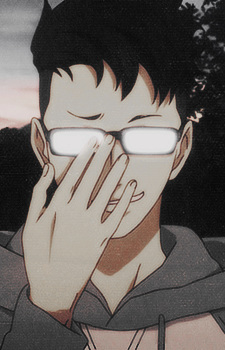 Hachimitsu to Clover Specials
Today, 5:33 AM
Plan to Watch · Scored - DarkNighte Jan 21, 6:41 PM
dont say that, i love ur style so much. all ur works are SO SO unique! i mean when ur works are so perfect already, it's gonna be hard to change things. and you're giving me too much credit but yea i guess try to do something different and experiment but sometimes i feel so unoriginal. like i dont have my own style at all, im just stealing other people's styles and putting it together. so i guess im quite the opposite. when i see ur works, i can instantly recognize that oh it's tsumu, so i really admire this about u. one day when i have own style, i see myself probably sticking with it, so hopefully ill still earn ur respect then lol

anyways, thank u~ there're so many awesome layout this month, so ill take all the luck i can get xD. also, i saw that you didnt want to participate, thats a shame, it would have definitely been layout of the month, no doubt. haha, im not a big fan of melodrama, but i just really liked anohana (even tho it made me cry lol). i havent watched your lie in april, tho ive been wanting to check it since forever. maybe ill end up disliking it as well xD. when i write stuffs on my layout, sometimes i feel like i want to hide it instead of actually making it visible, so sometimes i want put stuffs in front of it lol. plus i want to fit more things onto the layout, so i end up decreasing the size evn more. so small text is good :'D

DarkNighte Jan 20, 8:07 PM
ummm ok gonna ignore that, as you're wrong, this layout is already epic xD. plus if u call urself pathetic after creating that beauty, what am i then lmao?

anyways, arigatou "never was a fan of anohana" umm i will ignore that as well jk lol yes i agree small text is indeed life <333

Bunnyama Jan 19, 4:40 PM
euuuuuuh excuse me ? ଽ (৺ੋ ௦ ৺ੋ )৴
what the heck is this heavenly piece i'm witnessing ? coming OUT OF NOWHERE
I CAN'T LOOK AWAY AND THAT GAVE ME THE DOKI OOF- PRECIOUS CHIFUYU ARG-
‎(ﾉಥ益ಥ）ﾉ ┻━┻
Aaaah mY HEART is blEEDINg!!! /HICCUPS

DarkNighte Jan 19, 4:14 PM
omg another STUNNING layout from you (╯✧ ∇ ✧)╯ literally every pixel is a MASTERPIECE.

LeeNoriega Jan 19, 4:12 AM
omg I do!!!! Is she even still here? or did she get married or smth
I see I see, yoroshii. I will let you respond on weekends =.= as long as you graduate

LeeNoriega Jan 19, 12:11 AM
Oh I hope you properly did your assignments.
Even though I'm very grateful you took your time to reply to me, make sure you graduate

LeeNoriega Jan 18, 10:25 PM
OH and yes, I still can't sleep at night properly. Because of the whole corona thing there was a time when I'd sleep during the and be awake for the whole night vampire I had to try really hard to change it. But still, waking up before 1pm is a no go for me.

LeeNoriega Jan 18, 10:01 PM
Your profile hasn't changed? Did you LIE to me? And went on to secretly print the 3D version of your 2D men? =.=
I don't need Kunikida, thanks～I'm not a big fan of Bungou. I liked the Dark Ages arc and I like Dazai when he goes badass but other than that, not really. =.= why does Kunikida remind me of someone
I don't really feel that cold during winter in Japan. I'm used to there being almost no difference between outside temperature and room temperature, so when I went to Russia in winter I'd open all the windows because it's so freaking hot inside.

Unfortunately, I don't think I can come to your graduation ceremony but I can send you some flowers 8D Boyfriend flowers 8D
Btw, that guy Iwakura s oiced by Okitsu you do know that Okitsu mostly voices R18 cds
Maybe you really should have become a web designer or something? But I actually think you don't really need to graduate from the university to do that. You could just apply for a course or something. There are tons of courses offered online noawadays and they are really cheap. You could make a great web designer.
This is how the last Bleach arc went: https://i.redd.it/6zuiu7bbaav21.jpg https://64.media.tumblr.com/1655587dc784d63cb9550f949c67d09a/tumblr_nnzrydFMj11txjxipo1_400.jpg
Grimmjow has a cool outfit <3

I don't play any other games, only BBS sounds like bbc

->Uh-oh, it's... it's that. It's popular nowadays to use 'they/them' to talk about oneself so I wanted to be like all the popular kids >.>...<.<...>.>
Elaborate on that =.=
Check your private messages.
Dude, I would've never started watching movies or tv shows again if Netflix didn't exist. I don't even have a tv at home.
Oh btw, do you live in Rezekne or you moved? Just trying to figure out the time difference.

One of my friends only knows "bocchama" and "koko desu" and his Japanese is also at an advanced level 8D
Oh and one of my friends from the US came to visit me in.... 2017 or 2018 (I don't even remember anymore). It was a lot of fun. I literally only have one girl I talk to here in Japan.
My former Japanese coworkers were all nice women at a first glance but they loved gossip and marriage to them was the ultimate goal of life. They went to omiai and stuff. One coworker's husband even sent her to learn how to cook meat properly because she didn't know how to do it.

That's definitely not something I'd be looking forward to in married life. I know another Russian woman who's been married to a Japanese guy for 15 years, she also has to do everything at home. His family is so strict that when she married, if her husband's father wanted to talk to her during breakfast, she had to move her food away and take out the dictionary and talk to him. I don't wanna get married to a Japanese guy.