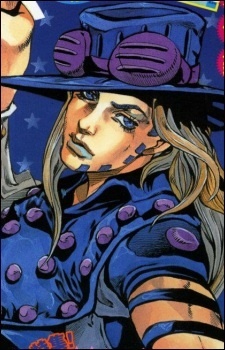 Shingeki no Kyojin: The Final Season
3 minutes ago
Watching 6/16 · Scored -

I think I have found the answer, you have to pay :(

Of course, being fast at getting through stuff is always a compliment haha I wish I could be even half as fast D': ten years isn't so long, ten lifetimes is how long it'd take me to get around to certain series D: yeh XII is definitely where FF started to change and basically seemed like a new franchise with the FF name slapped on but it's all good xD X-2 is pretty girly which a lot of people complained about but then when XV came out, one of the complaints in the fanbase was the fact it was four bros as the main characters but I think they did the characters so well in XV, just a shame about the broken story and empty world :P yup, I actually played through it again on hard mode as well lol glad you enjoyed it though, looking forward to part 2? xD I agree! The combat simulator made me rage quite a bit as well D:<

Haha xD how is the anime watching going now? Found any masterpieces? o: I haven't watched Avatar, I really want to though but never have the time D: alright Sonic, how about you give me some tips on watching and playing stuff so fast? Do you have the power to stop time or something?! D': how's work now? Still working at home or have you gone back? o: and how have you been throughout the whole Covid mess? Avoided catching it I hope :) and Happy New Year! :3

geemaa Dec 5, 2020 3:09 PM
We'll see. They can't put the best games since there's money in those. But it should be a different story if they've been around for a while.

Yep. My game is still on iOS.

Yeah, I'm not surprised to hear that since it's winter. Things are locking down over here too. I dunno about you, but for a winter season, it seems pretty hot.

Yeah, it's about $100 difference between them. I'd pay more for the disc reader. I think it's nice to have that option to buy discs.

Elizi Nov 16, 2020 6:18 AM
It did, thank god. That was the longest week of my life waiting for those results. I still have to wait the full two weeks to go back to work so I'm still home until the 19th, but honestly I'm not emotionally ready to go back after all the nonsense that's gone on at my work because of my bosses. I'm going to start looking for a new job after the holidays are over so I don't lose all my holiday pay

Elizi Nov 6, 2020 7:14 AM
I...finally got directly exposed to it because of my coworker deciding to come to work before they had their results. I'm fucking mortified right now since I have asthma. I really, really hate people

ChokeMe Oct 31, 2020 10:25 PM
Dude, BBcodes are a pain in the ass, so tbh you are 100% right that your profile is way easier to maintain. I'm just so pretentious, I need to look aesthetic online >_< Speaking of profiles, you've been taking note of each anime milestone and you're almost about to complete 850 ANIME??? h o w. BUT, congratulations in advance!!! hopefully I get to catch up to you lmfao never gonna happen

Damn I'm jealous of you, I don't wanna be in education anymore either but I literally only have 2 more years left to get my bachelor's degree so I'm here trying to survive till then. Oh yeah for sure, I hate that people just shit on stuff because they're "generic", like what does that even mean. Sure, there are popular and overused tropes, but there are still other factors within one content to consider. I 100% agree that it's all about how said generic tropes are used. If you're a shit writer, you're a shit writer. But a good one can probably make me love tsunderes even tho I hate that trope the most lmao

Same, I haven't watched the 99' HxH but it's surreal because when I was young, my elder sister who is 10 years older than me was sooooo into HxH and Yu Yu Hakusho (she is a big Togashi fangirl) and that was so long ago, she had posters of the 99' HxH and I didn't bother being into that shit. Then I got into HxH 2011 just recently actually, and a part of me kinda regrets not getting into it sooner and asking my sis about it... Better late than never, lol. Dude I am so obsessed with watching youtube reactors reacting to JoJo stuff, when they watch the opening, they literally have no clue what was going on and just get amazed by the visuals alone but then some of them actually dive in to watching the series for reals, and then they look back at it and finally realized what the hell was going on all this time. Idk, I feel like it's so wholesome seeing people be into JoJo!

ChokeMe Oct 26, 2020 9:43 PM
your profile is straightforward and genuine, don't ever change. i'm one of those edgy bbcoders and my profile is my entire personality LOL

Def not enough time to engage in hobbies, you'd think covid would give you more free time but damn my professors be extra harsh with their tests and quizzes rn bc they thought "oOOH you guys will open your notes behind the screen anyway so let us uhhh make it unnecessarily more difficult, even tho we're just one of your general ed minor classes lol" like why. Dude generic doesn't really discourage me, it could sound generic but also cool! I'll definitely check out jujutsu Kaisen when I'm able.

Rn I'm rewatching Hunter x Hunter and also JJBA Part 4!! I've rewatched pree much the entire JoJo anime and I'm on P4 rn. It's so funny seeing the openings again, damnnn they're so full of spoilers but you'd never know when you watch it blind the first time LOL

Well that sounds nice. Hopefully you're finding some good stuff.

Elizi Oct 23, 2020 3:45 PM
Oh I completely understand that. I've suffered (officially) since I was 14 with major depression/anxiety disorders and this year has been absolute hell for that. It's definitely a balancing act, but I think had we had a genuine lockdown from the start and not the half-assed one, we'd be in much, MUCH better shape right now. It would certainly still be a threat, but I think we'd have it (hopefully) mostly under control like some other countries do

Yeah, just waste everything before moving on. I'm committed to staying on iOS now for FEH. No more transferring.

They even have a movie coming out, which is based on the singularity before it.

I dunno. FB is different now compared to how simple it was back then.

Yeah, true. But not everybody knows them, so it's just spreading the memes out.

It feels like it, doesn't it? But I heard we're hitting the second wave for Covid-19 or at least starting it.

But it's a lot more expensive too since it can do more. It seems to have more storage space to from the looks of it.