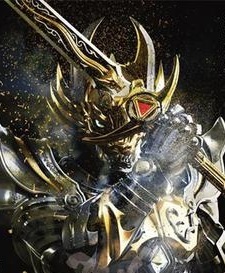 TheRookieCrusher Nov 10, 8:49 AM
Ok yeah I realized it was filler and skipped it, that’s good to hear it’s better. Unfortunate if they’re missing deadlines but that seems to be like 95% of studios in the last few years sadly

TheRookieCrusher Nov 5, 7:55 PM
Thoughts on the new season of bleach? I’ve watched 64 episodes in the last couple weeks trying to grind to get to the new supposedly good season. Do you think it’ll be worth it?

tchitchouan Oct 17, 5:51 PM
i'm aware of that but i'm lenient with my classification for it because despite not being true bikini armor, it still delivers on badass muscular women fighting which is already pretty epic, i still consider it worthy of the bikini armor pantheon because of the manga covers and because it's made by Go Nagai, regardless of anything the rest that i mentioned is pretty full of bikini armor.

I suggest you see all the documented bikini armor characters here https://anidb.net/tag/1101 and select the ones you like.

tchitchouan Sep 28, 1:45 PM
Thank you they're all enjoyable, i suggest you watch the lesser known ones i compiled in this stack https://myanimelist.net/stacks/12239
It's always an immense pleasure to meet another fellow bikini armor enjoyer.

HiddenByDesign Sep 21, 10:01 PM
A man who loves ToraDora is a man with excellent taste. Very nice.

ecliptyk Jul 1, 6:36 AM
RIP, well I'm sure you're looking foward to season two then. I've been good, just a little inactive when it comes to watching anime lately. Hoping to get through some of these popular mediocre shows like Kaguya and Spy Family soon. Then try to get to some more acclaimed stuff in the near future, we'll see though.

ecliptyk Jun 30, 7:28 PM
Bastard a 10 lmao, I'm happy for you dude. I see you sit through a lot of shitty seasonals so to finally get this must be a great feeling.

Btw if you haven't found the source for the sig it's Serila, a character from a gacha game called Epic Seven.

AshitaNoJonas May 26, 7:33 AM
Hi. Who is that battle seinen character you posted in the thread, that got locked yesterday? She looks cool.

gekojay May 11, 7:16 PM
That's so sick that you have so many figures dude, I don't have very many, but I want to start collecting more (probably when I'm not a broke college student anymore)

Asuka's fight in End of Eva was such a surreal thing to watch for me- in particular the part of the fight animated by Mitsuo Iso. Incredible scene.
For me, I know it's not really unique but the Third Impact is my favorite part of the movie. The first time I watched it I had no idea what was going on but I was crying during the whole thing.

I need to rewatch the rebuilds (and all of Eva)- maybe my opinion on 2.0 will change, who knows.

I think that my general dislike for the rebuilds is also because of betrayed expectations. What I came to expect from Evangelion was the raw emotions of Hideaki Anno being portrayed through the story and characters, when in the rebuilds Hideaki Anno didn’t seem to care about how genuine the emotions were, and just wanted mecha fights and to -like you said- confuse the viewer with convoluted dialogue and clusterfuck sequences that don’t have any real meaning behind them. With the series and EoE, I feel like every viewer takes away something different from it in a way that applies to their own life. In the rebuilds though, there isn’t anything real to take away from it. (other than than the ending of 3.0+1.0 in my opinion)
The osts are incredible- for all of the rebuilds- but especially 3.0 and 3.0+1.0. Shiro Sagisu is a fucking god dude.
I also want to watch Nadia but I’m waiting until I’m in the right mood for it. I had no idea there were any references in Eva- which just shows that there will always be something new to take away from Eva with every rewatch.

Love rock and metal as well- I especially like goth rock and punk rock. I’ve never heard of DNB, trihop or lounge before but if you have any suggestions of songs from those genres I’ll be sure to check them out.
I also really like Lo-fi, vaporwave, eurodance, classical, indie rock, jpop, new wave, jrock, kpop, and city pop.
Oh yeah and anime and video game music of course.
My favorite (English speaking) artists are Vampire Weekend, The Cure, and U2.

I’ll have to check out those horror movies- I own the first Evil Dead on DVD but I still haven’t seen it yet lol. I’ll get around to it eventually.
Some of the horror movies that are high up on my PTW list are Rosemary’s Baby, Eyes Without a Face, The Exorcist, Texas Chainsaw Massacre, and the Babadook.


The situation in Ukraine is absolutely insane. I’m pretty far away from the actual conflict but it’s still a super scary situation- I can’t imagine what it’s like being so close to it. Stay safe man.

gekojay May 2, 2:55 PM
I’m not really familiar with how to use torrent sites haha, I’ve just been downloading them off of sites like gogoanime and stuff like that, so an explanation would be really appreciated! (If you have time)
Dude, packing up all of your shit when you’re moving is a huge pain. I moved out of my parents house last year to go to college in a different state, but I’m transferring to a different college so I’m back at my parents' house until I move into an apartment in a month and a half, so there’s a ton of moving stuff around. Otaku are the type of people who gather up a lot of shit haha.

That’s awesome that End of Evangelion is your favorite too! What is it that you love most about it?

1.0: same thing as the series, but it didn’t have the classic cel animation that I love the aesthetic of.
2.0: No longer focuses on the emotional trauma that comes with piloting the Evas, and is now a generic battle shounen. The characters don’t feel like the characters I know and love from the original NGE. The emotional intricacies that were always at the core of Evangelion have now been replaced by bland overused character archetypes. Shinji is no longer a reflection of Hideaki Anno, but a badass mecha pilot who’s eager to get in the Eva, even after he fucks up. Fan service, flashing lights, and CGI have replaced the brilliantly written characters and non traditional storytelling methods.
3.0: waaaay fucking different but I appreciated that the rebuilds were now trying to accomplish something new instead of just recreating scenes from the series but with a slight twist to them. weird and confusing (even by Evangelion standards) but I liked that it focused on the characters instead of just cool fights.

edit: I saw that you gave it a 2.0 a 10 and 3.0 a 1 after I wrote this and realized that I was really harsh with how I described 2.0. I don’t mean to disrespect your opinions of the movies. Everyone has their own opinion and I don’t want to put yours down.

3.0+1.0: I thought the last 15 minutes or so of the movie was very good (aside from the janky CGI Rei head) and the emotions conveyed there were very strong and impactful. I watched the documentary the next day, and liked to see the perspective from Anno. For me, the documentary made me like the original series and EoE more, but made me not like the rebuilds as much. He seemed very complacent about the whole process of making the movie, but the stories he told about how bad his mental state was back when he was working on Evangelion back in the 90s makes it clear how Evangelion was a reflection of his view of life at the time.

I realize that my saying that I liked 3.0 more than 2.0 is not a very popular opinion lol.

I agree with your opinions of the themes of the rebuilds. I think that the part that I liked in Thrice Upon a time was the obligatory “I’m done with eva, bye” that was kinda put in there because he felt like he had to. Still, I liked it. I think I gave it a 9 which is way too high lol. I’ll even out my scores later…

Yeah a torrent link would be great- you’ll have to help me with figuring out how to do it though. I’m not super tech savvy haha

Shit, do you live near the ongoing war, or are you referring to the economic effects that the world is experiencing as a result of the war?

It sucks that so many artists are abused by the industry they want to be a part of. Whether they be musicians, animators, or writers, it’s always tough for them.
I’ve been wanting to go to more concerts actually- what kind of music do you enjoy listening to?

Haha yeah it’s so easy to get distracted by the littlest things whenever you’re reading. It’s the reason I never read as much as I would like.

I’ve read a few more volumes, and at the beginning of the storyI kept seeing similarities to the way the story of how Tokyo Ghoul was written (like how there are demons and humans that want to kill each other, but then a character becomes part human and part demon and has to deal with the problems of both humans and demons), but the story has taken a turn since then and I’m beginning to like it more.
I love old horror movies too, my favorite so far is Haxan, and I have a very long list of movies I plan to watch. What are some of your favorites?

gekojay Apr 30, 12:47 AM
Sorry again about the late reply, I’ve been on a work trip with no access to a computer (and still don’t) and typing on a phone fucking sucks, but I didn’t want to leave you hanging for another full week, so this response will probably be a little shorter. I’ll type more in a few days.

That’s a big thing for me about owning physical copies of things, it feels like it’s mine, you know? Like seeing it on the bookshelf makes it feel like it’s part of my collection, not a shared library for the world to use. I’m the same way about music. I like collecting vinyl records and cds, and I’ve been wanting to get into collecting cassettes as well. I’ll always prefer reading manga physically too, as opposed to online or kindle or whatever.

Chainsaw man is definitely gonna blow up when it gets adapted. The amount of hype surrounding the manga is insane, and it’s prolly gonna get upvoted like crazy upon release unless if MAPPA really screws something up. I bought volumes 1-10 recently and im on volume 5 right now, and it’s pretty entertaining but nothing special for me. Who knows though I might change my mind.

Im gonna stop it right here for now because im going to go insane if I keep typing on this stupid phone keyboard, but I will continue my response soon. Sorry about the delayed response again man
All Comments