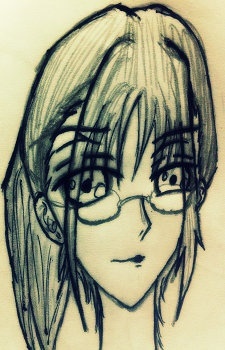 Tebaldi Dec 31, 2019 12:16 AM
I know I'm about four years late, however it seems like Anzai Nobuyuki-sensei is working lately on this manga: https://myanimelist.net/manga/117541/Uruha_no_Sekai_de_Arisugawa

He left his blogs, though. Don't know how to keep in touch with him or have better news about the guy.

rsc-pl Dec 29, 2017 12:29 PM
About your Fate / stay night review.
I tried to watch Ufotable's version first and I truly hated it. It was so much focused on action that they cut ot all good aspect of this series. Their art is trash-tier, Non existing shading, overuse of 3DCG, horrible backgrounds and character design. Animation was bad as well, it's all about fast camera movement, flashy effects and oversaturated colors. It can please newcomers and kids, but absolutely not someone who is watching anime for really long time like me
It's not like I love Deen studio, actually it's one of my least favorites, but man, in this case they had done a really great piece of anime. Oh. I forgot about music, in Ufotable version music totally sucks. It's soulless exactly like their art and writing. I was so disgusted after watching a few episodes that I put back Fate for a while. Yesterday I decided to give a chance to the original adaptation and it's exactly opposite to Ufotable version. They put a lot of effort to art, animation, character design writing and music, everything is building fantastic atmosphere. Yes, I'm one of those who prefer dialogues than action. Yes I prefer standard hand drawn animation with good shading and classic vibes. I just finished the first half of original Fate and I'm sure that this version is superior in every aspect.

I saw your review at Saki Side A and Zenkoku-hen when I was browsing for some information related to it. I'm here to say that as someone who reads the manga, the conclusion you are looking for have yet to appear in the manga. I'm like you who wants to see the conclusion between sisters but the manga takes its time to update.

Blissfucker Feb 7, 2015 5:10 PM
You've actually got my hopes up for Judge End. I was wondering why it was rated so low in comparison to the other seasons which weren't anything special to begin with.

dissipated Jan 13, 2015 6:46 PM
I'll admit I was a bit bias in my review, but it did not impact the overall score at all. Story and character, which was where the anime was lacking, weighs far more than sound and art, so it's overall score is justified. Enjoyment was a minor factor in my overall rating.

When it comes to anime, I am always open to all concepts and give it a fair go. This is evident from the diverse genres in my animelist. I do not prefer or hate a specific genre, and if it's good, I will rate it high, simple. I do not watch shows just to hate on it. I completed FSN:UBW to increase the accuracy and credibility of my review. In the process, I also gave it a chance. Most of the shounen shows in my list, which are not rated, are from my childhood and adolescence. They are not recent. If they are, it's because it was recommended by my brother. I just binge add when I have time.

Btw I was obviously trolling when I rated Boku no Pico.

zerriet Nov 5, 2014 8:08 AM
It's not so much that I have prejudice against DEEN'S adaptation, but rather DEEN themselves should know better than to compress a whole route into a 1 hour 45min OVA, even more so when the first 2 episodes of ufotable's ubw already occupies the whole run time of the movie. Remember, they are in charge of directing the movie in the first place.

The reason of the comparison is not a matter of biasness or whatsoever, but just to show how much more fleshed out the series is currently as compared to its predecessor, something which left a lot of viewers with a rather sour taste. Of course, if there are flaws, I will definitely point them out, which I did as well in my review.

If the review came off as me having prejudice DEEN, I apologize for that and will make some edits soon. I reassure you that I actually like Studio DEEN as of late, especially with their pretty solid effort in Log Horizon 2. It is just their UBW movie had such a unfocused sense of direction that it became incoherent as a whole. Forget which studio is in charge, Fate had always been about the story and so far, it just feel executed better in the current one or at least in my opinon

Regardless of everything though, thanks for proving me feedback concerning the review :D. It helps to expand my perspectives concerning both this and the movie.