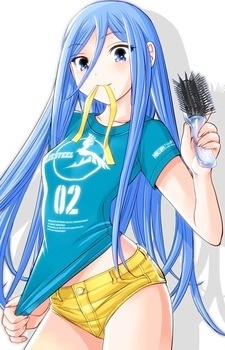 Weebookey Jun 14, 12:38 AM
Haha same, fell off it a bit and kinda forgot what was happening ngl. I think i was up to around chapter 90 or something..

Tensho Apr 6, 4:52 AM
yeahh the street triple is nice but i'm pretty interested by aprilias too or ducatis just exotic italian things hehe
so basically anything that's not a supersport LOL do tourers handle that great though? :thinking: idk
but yeah it's so important to test ride and actually get in touch with something before you know if you'll like it

ohh nice the 890 is epic except for KTM taking their software upgrades like some bloody DLC where you have to pay extra for this or that >.> it's definitely a step up from the 790 which kinda got dumped on when KTM came out with this new bike

haha i think it was called the king of learner bikes at some point but I quite enjoy the light weight and nimble handling profile of small bikes e.g. the grom LOL. I've seen people take a ninja 400 to the track too in the ultra lightweight class--it definitely holds up against the rc390 while being a hell of a lot more comfortable for a daily rider hahah so it's all pretty impressive compared to when trash back in the day like the cbr250r was being produced haha
man I've only seen a little of yammynoob but doesn't that guy HATE the ninja 400? hahaha cant remember why

CrystalClear90 Apr 4, 6:42 PM
That sounds interesting. Well depending on what is it. And do you enjoy Spring or is it annoying to you?

Tensho Apr 2, 3:09 AM
ooooh nice!
I didn't know they had the z900 in that style--very classy
yeah i remember you like the classic look tho haha if not for that I might've recommended a high-tech ducati streetfighter or ktm superduke haha

Not gonna lie, I thought we were already friends!

CrystalClear90 Mar 14, 1:44 AM
Hey how have you been these days things going all right with you?

Alwerien Feb 20, 9:36 AM
It really has been long, hasn't it? There have been some bad things, but right now mostly good! What have you been up to?

Alwerien Feb 6, 8:40 AM
Yo. There was something I wanted to say but.....well, I guess I forgot by the time I actually started writing. Teehee. Hope you've been well all these years!

Luubie Jan 12, 8:06 AM
Thanks for accepting my FR! Feel free to comment in my profile!