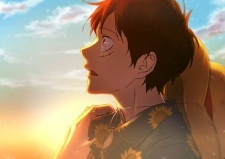 Omnicane Jul 14, 10:18 AM
everything about this profile is retarded lmao

Catalano May 31, 5:34 AM
I developed a funny sense of humor reading this guy's comment on Texhnolyze episode 22

KaizukaZekrom May 24, 8:39 PM
Lmao i lost some brain cell reading your comment on BNHA season 4 thread. Your way of thinking is childish and ignorant.

leev Jan 8, 12:02 AM
your baits are to the point where its annoying cos I see you literally everywhere. Blocked

Dubuism Dec 17, 2019 8:25 AM
I like how you try to look intelligent on the Vinland Saga threads but end up being the dumbest one and looking at your posts on some shounen anime threads, I can't help but laugh. Your mind functions like an airhead casual when it comes to those anime but when it comes to Vinland Saga you suddenly become a pretentious elitist. How dumb.

Modernoir Dec 15, 2019 12:44 AM
Your bait posts in the Vinland Saga threads are actually hilarious. I know you're baiting because man your impression of an exclusively shounen-watching retard is ridiculously accurate, keep up the funny posts my guy.

Rei_III Oct 19, 2019 4:52 AM
No need to apologize (I didn't want to extend the discussion too much in the forum but I should have send a private message rather than a comment).

Since I am still hoping for a re-impress of the manga (in France), I refrained from watching adaptations apart from the Re movie (that is a far away original story trying to be some kind of mystic epilogue). I know the big lines of Cyborg 009 because, as a series important in the short manga History but unavailable in french (until a few years ago), it was often written about in magazines about japanese subculture.
From what I know, I would advise you to prioritize the 2001 adaptation that is condensing (and "modernizing") several big stories of the long manga (including an attempt to conclude the final story, since the manga at that time was left unfinished thanks to the author's death). If you feel able to watch an early 80s TV show, there is also the previous TV adaptation that began in 1979 but I'm not sure it is worth your time (I know I want to check it, but I'm a big 80s maniac).

PS: be aware that the TV series The Skull Man is more or less a tribute to the author (it doesn't bother to adapt the comic of the same name). The hypothetical connexions between Joe and Black Ghost's Skull might give an additional edge to your experience but the original author never intended such a thing (as far as I know).
Still, learning to know CYborg 009 can't be a bad thing for any fan of japanese subculture.