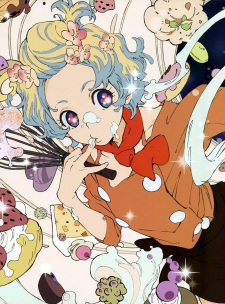 SadSceneryBoi Sep 21, 2022 8:42 PM
Finished the anime and I'm blown away and depressed now, and agree with you on all points. Glad to see an anime truly not have to cater to TV broadcast restrictions at all. Even bought and installed the game myself lol

SadSceneryBoi Sep 18, 2022 7:01 PM
Holy fuck dude, is Edgerunners awesome or what? Only halfway through but it's already one of the best shows to come out in a few years IMO.

SadSceneryBoi Jul 9, 2022 4:45 PM
Man I agree with all of that! Dragon boy is a great rival and Shinsuke is the best character, despite being bad at fighting. He just is the purest soul.

SadSceneryBoi Jul 9, 2022 2:51 PM
Yeah I'm sad that I can't buy Spirit Circle and Biscuit Hammer from retailers. And I don't think Sengoku Youko ever even got an official release.

BTW, how are you feeling about Sengoku Youko so far? Especially the protagonist switch

SadSceneryBoi Jul 8, 2022 3:12 PM
Luckily I dont think there will be many anime onlies once the action scenes really start appearing lol.


And yeah even in trainwreck you can often count on good music and voice acting, but even those sucked somehow!


Hell yeah finish SY and then get to Spirit Circle, Mizukami's masterpiece!


I still hope that Spirit Circlr gets an adaptation someday, but only if Mizukami refuses to sign off on anything that isn't up to par. Clearly here he was just desperate to get it adapted no matter what. Poor guy, cant say I blame him, but I doubt he'll make that mistake again.

SadSceneryBoi Jan 30, 2022 7:49 PM
Glad you liked it! It's probably my least favorite Mizukami work, but that's just a credit to how much I love his other stuff. I think the anime has the potential to be even better, but yeah I'm worried about a rushed production and lack of talent. Honestly if it's as good of a production as Planet With I'll be thrilled. I'm not expecting a prime Gainax level production here (which is what it truly deserves).

Yeah the last chapter is honestly possibly my favorite last chapter of any manga I've read. Resolved everything perfectly into a nice little bow while still promising a hype sequel!

Honestly I hope it's 2 cours and not 3- CSM doesn't have a lot of dialogue and feels very "filmic" in its approach if that makes sense, with lots of spreads of either action or silent contemplation. There are stretches where you could even fit up to 7 chapters into an episode perfectly. IMO 3 cours would slow the pacing way too much and they'd have to add filler. With how airtight Fujimoto has made this story, I really don't want to that to happen.

On the topic of CG and MAPPA...yeah I'm not happy about that. They're turning into an anime factory recently with no concern for proper scheduling. Their workers are getting overworked and will probably try hard but have to cut a lot of corners. Cautiously optimistic.

Also the manga is a straight up 10/10 for me...the next arc could be an 11/10 if Reze shows up and flirts/dates with Denji in the high school arc.

SadSceneryBoi Nov 5, 2020 7:31 PM
d'aww I really love the music and hope that style is in the anime, but to each their own! Personally my ideal style of music for the show would be Slavic, like the music in the Witcher 3. This track should give you an idea of what I'm envisioning: https://www.youtube.com/watch?v=J8J9HXcOxrs

I think we still might be in the endgame sadly, according to this: https://www.animenewsnetwork.com/news/2020-11-01/chainsaw-man-manga-enters-final-stage/.165798

I'm hoping by "final stage" that it means that we still have at least a couple dozen chapters left though.

And yeah I absolutely loved the paneling compositing and the callbacks to earlier chapters. Man Fujimoto is a god

SadSceneryBoi Nov 5, 2020 6:45 PM
Yooooo have you seen this PV for the newest CSM volume? It's pretty fuckin sick

Also the most recent CSM chapter is the best chapter in the entire goddamn manga IMO.

SadSceneryBoi Sep 11, 2020 9:15 PM
Nice, that's good to hear, the humor is pretty fun for sure. I should probably just reread it from the beginning at this point so I can keep track of everything lol.

SadSceneryBoi Sep 11, 2020 8:03 PM
Ooh how is Voynich Hotel? I bought all three volumes and started to read it recently. I'm 6 chapters in, and I'm digging the vibe of the series, but I have no clue what the hell is going on lol.

SadSceneryBoi Sep 9, 2020 2:20 PM
Yeah I used to be in a mindset of "gotta try out different genres and demographics" for whatever reason, but now I'm in a mindset like "fuck that, I'll watch whatever I want" and it's made my experience much better, and I've been adding new favorites like mad!

If you do update your update your 3x3s, I can't wait to see them! You have a way with picking good art and panels that can represent each series.

Out of my top 9 manga, the ones I definitely recommend most to you that you haven't started yet are:

"Destroy All Humans: They Can't Be Regenerated" - a beautiful and wholesome 90s romance about two kids who play Magic: the Gathering

"Onani Master Kurosawa" - starts out as Fap Note and then becomes a Silent Voice, you'll love this one

and "Sengoku Youko" - my favorite battle shounen of all time-pure distilled hype, great character development all around, no padding, and like Gurren Lagann, it just escalates and gets better and better the farther along it goes.

How are Haibane Renmei and Shigatsu?
All Comments