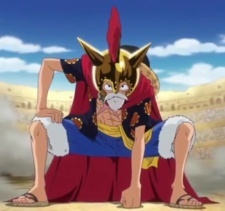 SL001 Mar 7, 11:41 AM
Hey, mate! How are you? I am glad to report that I am doing much better now, there are still some major problems but 'things' are getting better so I am optimistic and positive regarding the future. Hopefully you are doing fine as well! Hmm..looking at the scores of things that you have been watching recently, it certainly seems that you are having fun watching anime at least, that's good!

Also noticed that you finished Monster in like 5 days and sent me so many thoughts! I'm a little busy rn but when I come back to reddit, which should happen sooner rather than later, I'll definitely give them a read! For now, I am glad that it got an 8 from you!

Hmm..I can see why people suggested Monster as a show similar to Psycho Pass. Both shows have a decent amount of focus on detective work and both shows feature well written, philosphical main villains. But tbh the similarites end pretty much there. Monster is a lot more character driven, it's a lot more mystery-focused than Psycho Pass and because it's almost 3 times as long its narrative is both signficantly more grand(there are so many characters here, not as much as LotGh but still) and significantly slower than Psycho Pass. I think of Psycho Pass as a sci fi psychological thriller, Monster is more of a character driven mystery-drama. There are some thriller elements but that's not the main focus. It is definitely closer to Psycho Pass than it is something like Death Note though. I don't understand why people recommend Monster to those who want something like Death Note. Very different shows.

Another difference between Urobuchi's and Urasawa's magnum opuses is that if you randomly took any episode of Psycho Pass, pretty much entirety of it is similar in genre and tone isn't it. Monster's genre and tone heavily depends on where you are in the story. A lot of anime are indeed like this but in most shows tonal whiplash kinda ruins such shifts doesn't it? Oh how much I hated the drama in kaguya season 2..anyway this is one of the advantages of being slow and methodical, there are a lot of genre shifts in Monster but there's never any dissonance of that sort. On the other hand, it keeps things fresh which as you can probably tell is important for a long show!

>"Are all lives born equal?" Which was also mentioned in Psycho Pass?

Damn, man. I know I took a break from reddit for a reason but right now I wish I was still on reddit because I so want to type in a 10K character response to that and I don't think MAL allows such long comments. Super short version: if you ask most decent people they'll say yes, of course all people are equal provided you are talking about, as the show does, their worth/value as a human life and not their traits/attributes such as personality or intelligence because of course that's not equal. But while a lot of us do believe this, we don't practice it. And this isn't just immoral hypocrisy at work, often not living by these words is definitely understandable. In Monster, we have a protagonist that actually lives by these words and based on your own moral code it may or may not be a good thing all the time as you will yourself find out over the course of the story.

For instance, episode one. When Tenma made the decision to save the little boy instead of the politician, this was not an obvious decision. A lot of politicians are corrupt/evil as hell, sure, but we didn't know anything about this guy- all we knew that was in critical condition. For all we knew, he could have been a great guy. Tenma's superiors wanted him to priortise the politician over the kid for their selfish reasons but if you think about it more funds to the hospital COULD have lead, either directly or indirectly, to better care/treatments in future so it's not a straightforward decision at all. Also, Tenma pretty much knew that his career, which was something he valued a lot AT THE TIME, would basically be over if that politician died because of his decision to operate on the little kid instead. I admire Tenma and agree with the decision he made but if he had saved the politician instead, I wouldn't agree with that decision but I wouldn't have called him a bad person either because I can understand that decision if not agree with it. And this, in addition to show's overall superb atmosphere was why episode 1 was so tense!

That's actually next show on my seasonal list! I'll either watch it alongside or after Working, not sure yet. From what I little I watched of it way back in Fall, it's dark but yeah not quite as Psycho Pass. It's very good though so I do recommend watching it soon! It's also not entirely episodic if that's what worries you, it's semi-episodic with overarching plot going on in the background that gets more and more focus as the story progresses.

I expected to hate her but strangely enough I didn't mind that Tarumi girl either for exactly the same reason as you suggested! But Nagafuji and Hino were so so annoying to me and I think main reason was because they seemed to be 'fanservice characters' instead of being realistic and well written like our superb main duo Ada and Shima and as you know I'm not a huge fan of fanservice/manservice. I'll definitely try more romantic romance sometime soon, in particular 'ore monogatari' is on my shortlist.

Honestly Kamisama's ending isn't that bad. How it gets there is so so disappointing though...

Monster!????? NANI????????? I'm so so so so glad that you started it but honestly I'll be pleasantly surprised if you end up liking it a lot, it's slow and not very anime-ish and while I love both those things about it I'm not sure if it's compatible with your taste but this is one of those times that I would LOVE to be proven wrong. Fair warning: there is some gore, some parts of the story are quite dark. BUT it never gets too overbearing, for one dark parts are almost always balanced by super wholesome 'light' parts and also the darkness/gore itself is NEVER gratuitous. It's a show that treats its characters with utmost care and respect. Oh and one more thing: do not try to binge this show even if the cliffhangers at the end of each episode make not binging really hard. I say that because I enjoyed thinking about Monster almost as much as I enjoyed actually watching it. It's kinda like LotGH in that sense, best to take that one slow as well, but there's very little handholding in Monster so thinking about it is imo even more fun! You know how much I love this show, it's my joint favorite anime but even I took a month to complete the whole thing! Hope you have fun.

And now you have both Monster and LotGH in your currently watching list, wow.

I was planning to finish a couple more seasonals but my MAL score has been freefalling lately so I decided to watch something actually good instead kek. Hopefully Working S2/S3 is even better than S1..

SL001 Feb 9, 5:08 AM
Yo, mate! How've you been? Anything cool that you watched recently? As for me, after not watching any non-rewatch related anime for more than a month, I finally resumed watching (new) anime a couple of days ago. Finished a couple of fall seasonals, in particular I finished Adachi to Shimamura yesterday, a show that I know you love dearly! Overall I thought it was pretty good but honestly that second half was disappointing for many reasons. Monologues became even worse, poorly written side characters seemed to be taking valuable screentime away from our very well written and adorable duo of Adachi and Shimamura, honestly the whole show in general started feeling a bit repetitive towards the end. Not a big fan of how they ended things either. But overall my experience was positive and I look forward to watching more romance anime in future!

Btw, also completed Kamisama ni Natta hi, give it a shot. I didn't like it for many many reasons but it's a romance(or more accurately a comedy in first half and a romance in second) not a drama or a fantasy as its MAL tag suggests. It's your favorite genre so you may like it idk haha.

Hopefully you have been enjoying your little vacation!

Lord_Xp Jan 16, 12:34 PM
Damn. That's more harsh than I expected. I loved it all from beginning to end really. I thought each con was well thought out and the background of each character as a bonus to get me more attached to them.

I'll be honest here, I am not doing alright. I have not been well for many months now...as for why I'd rather not get into that. It's a long and deeply personal story, I don't feel comfortable sharing it. I took utmost care to make sure that my mental state was not reflected in my comments but that was becoming increasingly difficult so I deleted my account.

Thanks for asking btw. CDF was and is a fine place thanks to people like you, I'll be back as soon as I'm doing better. Whether that'll be a month, six months or a year from now, I do not know.

No time for Nana this year I'm afraid. But I did start Great Pretender! I'm gonna watch 3 episodes per day.

Oh I almost forgot to tell ya, I enjoyed the recent episode of Tonikawa a lot. Comedy was more or less on par with third episode but we learnt more about Tsuakasa(basically confirming my theory from episode 1) and that was nice and I also really liked the ending of the episode. Very wholesome. I'm low-key rooting for the two of them now.