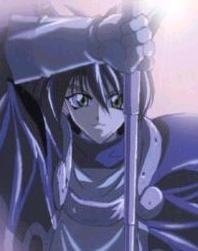 MightyS Aug 15, 2019 5:42 AM
hello just saw ur kimi no iru machi review i mostly agree with it and was wondering if u could give me some titles of good romance/ecchi in ur opinion ? or even just good romance ( im not a fan of over exagerated drama over drama like kimi no iru machi or domestic na kanojo or everything of this sort)

Laniaka Aug 4, 2018 9:43 AM
Wacky shows are great. I'm enjoying pri para a lot. Which is heartwarming but also very silly. It seems to be getting more and more silly as it goes on :)

Hmmm so far chacha hasn't been really serious or heartwarming yet. Being heartwarming when serious seems pretty common in magical girl shows, and in those type of kids shows in general.

It is true that chacha doesn't really focus that much on the magical girl side of things. But what does it have in common with One Piece besides not taking itself seriously?

Laniaka Aug 3, 2018 4:05 AM
Am doing alright, still trying to do some research without too much success but it's still my first year so it's ok.

Yeah Anzu was great in Clover Days.
For visual novels I finished Amatsutsumi which ended up being really nice, though I didn't read any of the side stories.
Tried two unfinished games: https://vndb.org/v1352 by Romeo had some nice things but I couldn't stand the huge infodumps about otaku stuff. I did part of a gamer girl route and the route felt more about the fictional arcade game she and the mc were playing than about the girl and the mc.
The other unfinished game https://vndb.org/v20976 was quite nice. Shame it is unfinished but the main storyline works with what is there.
Some people in a chat I'm in kept talking about some extreme vn that had hardcore nukige tags and they were saying it's great and has good themes. At first I thought they were trolling but after a while I got curious and read it and ended up agreeing with them. Though I still have some mixed feelings with it being so extreme.
Am also reading more by the Swan Song author. Didn't like Carnival but Kurai Heya was nice. Will read some of his novels next.

Maybe I should try Konosuba light novels. Or maybe try the anime first? What would you recommend?

My Slayers itch is currently (somewhat) being scratched by akazukin chacha anime. It's quite different and it's a magical girl anime. But it's 90s, mc's seiyuu also did Amelia, and it doesn't take itself seriously.

Not really up to date with all the game stuff but a friend of mine is interested in the new smash so I'll probably end up playing it at his place at some point :)

Laniaka Feb 1, 2018 1:41 AM
Wouldn't that tell you where they are and thereby spoil the challenge?

Laniaka Jan 28, 2018 1:34 PM
I'm liking amatsutsumi so far. It seems to be mostly linear which helps. And the mc is not hetare :)
I heard that Aoi Tori is considered worse because part of what makes amatsutsumi good is the more serious themes and drama. And Aoi Tori is more of a pure moege.

Are you getting all 999 moons?

Laniaka Jan 20, 2018 12:32 AM
I'm not sure yet if I'll want to read Kira Kira. I could also try the author's Carnival maybe, Since it's short.
Or I could buy my first kindle book https://www.amazon.co.jp/dp/B00NIEWMKG . Premise seems like something that could be interesting when well written.
Plenty of choice, not sure what yet but I definitely would like to read something more from the author.

At the moment I just started https://vndb.org/v18852 . It's a moege but I heard it's good and has different route structures from a typical moege.

I dropped the light novel that that manga was based on so I doubt I'll like the manga. If something has such a downer premise then it needs to be particularly well written to keep my attention, and it wasn't.