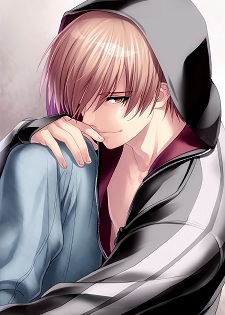 Playcool Apr 15, 2021 4:34 PM
Still on the same spot I was on Subahiki, also had other VNs to finish, and have yet to finish Umineko, lol, I m a bit scared of ep8, dunno if I said before, but ep5-6 were a mixed bag for me, whereas I enjoyed ep7 way more, but the reveals left me torn, and I want to finish manga episode 6-7 before I play VN episode 8.

Did you ever got to play Baldr Sky btw, by Subahiki was a disappointment to me at first, especially with that third long-ass route, but then I played the other versions of that route and slowly started to advance and piece some stuff together, and realized the direction the plot is going for, and love it, which is a big contrast to Baldr Sky where it started great, loved it a lot, but very different from MLA!
And then as the plot progress and I see where the plot is going, very disappointed, final route was mostly lackluster, awesome started, but got a feed of it midday, not a good signal.

Something I m very critical about is stories that start great and then fuck it up when it most matters, general rule, no matter how much-mixed bag the journey was, deliver a freaking fantastic ending, MLA wasn't always at its best, but it knew when to go all out, the final boss of Baldr Sky is a massive disappointment too.
On the other hand, I still have Yuno remaster, Subahiki and Umineko to finish, and I have recently finished Island, which left me in a really happy mood.
I have around 130-140 hours in Baldr Sky, still re-reading the final route to see if I change my mind, but when you put so much time on a VN, the last thing you want it is a conclusion that is less impressive, than the first half of the true end route was.

Oh yeah, about Angel Beats, I want to play the VN, it is available on English, but the lack of news concerning 2nd Beat, holds me back tbh, I also know key did release a new VN these past years, not hyped for it right now. I say lack of news, but yeah, probably never happening, guess sales were not that good, pity, may rewatch Angel Beats anime someday.

As VNs go, aside from those above, I m also eager to play Fata Morgana and Utawarerumono Trilogy, but also Rance IX and Rance X, still I have finished most Rance games the past year, and currently, on Sengoku Rance and Rance Quest Magnum, this series was another surprise to me, never expected to enjoy it as much as I do, considering what these games are on the surface about.
Ryukishi07 did release a new entry on When They Cry franchise, but not hyping it much, maybe after I finish Umineko ep8.

"Stuff is more fun in Japanese since you can kind of justifying watching different shows you might've not watched before. The objective is different when you're watching something in Japanese. It feels like when I was watching in English, I was always anxious and trying to "get something out of the show" which made it hard to enjoy a lot of Slice of Life anime as much. Now I'm watching Ranma 1/2 and enjoying it, and I doubt I would've ever watched it with English subs."
That is certainly an interesting observation alright, everything considered, the main reason I wanted to learn Japanese was to read raw VNs, all those hyped ones... to this day, only Muramasa has yet to receive a translation, even White Album 2 and Eustia will be finished in the following months/years, if I could only flip a switch and understand japanese, would be awesome, otherwise, the time I would have to invest would make it impossible, considering everything currently going on in my life.

"NisioIsin I haven't read yet, but it definitely flows better in Japanese going off of the anime. When you don't have to think as hard to get the gist, it's a lot better. There are some things that translate worse from J to E than NisioIsin works, though."
Whenever I hear about things harder to translate from japanese, I always recall Soukou Akki Muramasa, I don't have the expertise to make such judgment, but the percentage of people that say that from those that I see talking about that VN... comedy would also be something that is not easy to translate at all.

I know this took so long, but also cuz I was stubborn about finishing Subahiki first, which still want to do very much.
We still live in rather strange times, with an uncertain future, but hope things are going well for you at least.

Playcool Sep 28, 2020 7:47 PM
Gotta bookmark this so I dont forget to talk to you after I finish Subahiki, I have been an irregular at it, considering I started it on 2017, and only this summer I reached jabberwocky.

Besides I was pretty disappointed with the game after completing My Own Invention for the first time, but that route alternative and the counterpart for Insect made a huge impression on me, meanwhile I was slowly getting the connection behind the 3 protags, thus I was not surprised with Jabberwocky 1, but found it still interesting to read.

Will probably drop by when i finish it, may take a while.

Well, I don't really want to comment to Japanese, it was one thing when I had time, and they were a lot of things I wanted to read, without a faith hope in the horizon to get a translation, but things changed.
If I could turn on a switch and suddenly be good at Japanese, I would probably opt to read raw too.
I did heard NishiOisiN writing as superb and something you could only truly enjoy to its finest details in Japanese, even with a good translation, you are bound to lose details when both languages are so different and there are things you express in different ways on Japanese vs English.

A perfect translation will never close in the gap, but then again, life is all about priorities.
Stay safe man.

(btw, any update on Angel Beats VN, will they ever release a second episode, or are chances that dire?)

NekoMeau Apr 23, 2020 4:13 PM
Hi :)
Just a random question. What is the visual novel Cross Channel like? Is it worth reading with the current translations that exist?

Playcool Apr 18, 2020 6:04 PM
Going back, you said you were with Comcast, and now you changed for something else right?
Not being from the USA I m not in the know, but I have never heard people talking well about Comcast, so how was your experience there, and did you came to link your current one better?

Also, many people end up taking degrees to then use them to work on something completely different at times, from their degrees... I really dunno a whole about Computer Science, but is that job you have now, a mixture of your degree and Logistics?

I still recall, way after, LB and my introduction to VNs, you talking about porn addiction is a real problem and all, glad to see you doing way better now xD
I still have to finish Umineko here, started it on 2015, got through 1-4 that year, then came back and did ep5-7 from 2018 to early 2019, have yet to play ep8, I kinda wanted to read the manga till ep7, especially since 5 and 6 left me confused and frustrated, and from what I understood from ep7, Umineko ep8 will become something far different from what the last episode of Higurashi was, I m kinda hesitant towards it.
And may even finish Baldr Sky and YuNo first, and btw, MLA still the best thing ever, almost done with Baldr Sky, great game, but really a far cry from MLA (I recall that was a hot topic back in the day).

My Japanese is also 100% dead, so many VNs are getting translated these days, and I don't really need to read most raw manga/LN stuff, most of the better stuff always get translations too... how have you approached your Japanese these last few years?

Playcool Apr 15, 2020 9:21 AM
Data management then?
Creating and managing the infrasctuture?

Playcool Feb 6, 2020 8:47 AM
Sup, been a good while, you know how it is.
You do programming on that job, and deal with lots of data, right?
Dunno much about computer science.

Cavum Sep 19, 2019 8:14 PM
a lot of people around me are dying lately so I just feel like saying hello and ask if you're doing alright

Gnork Sep 8, 2019 2:18 PM
I plan to learn. But I'm in my lasr year of school now and have to write a diploma project.
So I won't have much time. But maybe it'll help. thanks
I also plan to go to Japan with a few friends next year. So I have to learn