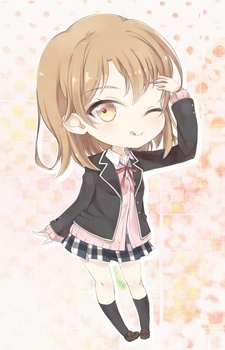 Shenhe Oct 15, 2021 9:22 AM
Is the Mushoku Tensei manga any good? I like the anime but waiting weekly is getting hard lol

Doflamingo45 Feb 14, 2021 10:02 PM
If I'm looking for something new to check out, I guess I could give it a shot. Not the biggest fan of fanservicey moments, but it doesn't turn me away from a series completely.

Cool, I wrote the order down. Thanks for the info! This series has already proved its greatness through just one game and a half. I'll defiantly invest heavily as I have a feeling it'll have a really nice payoff.

Yeah, I can take a guess as to why. It'll probably just lead into further spoilers.

Doflamingo45 Feb 14, 2021 7:10 PM
I'm pretty basic with my tastes. Love Shonen and action series, also love dark and fucked up themes but they have to be part of a story that is well put together. Obviously like I was saying a movie about torture is just torture, there's nothing else to it. Anywho I've never been big on Isekai's (aside from Grimgar and Overlord), so I probably wouldn't be too interested. Not to say it's not a great and interesting series.

I've beaten Trails 1 and now I'm playing Trails II. Literally just started the series about 2 months ago. I know nothing as I really haven't spoiled anything. So by Sora + Crossbell you mean what game exactly? I'm going off the English names.

"If you like the Sen series especially 1 and 2, the other games/arcs are gonna blow you away."

That's really good to know. That gets me hyped up. This series very well could turn out to be my top 3 of all-time, or even further.

Also I lied, some jackass on YouTube did spoil me on one thing.

Doflamingo45 Feb 14, 2021 6:53 PM
I'll be honest, I haven't watched the show you guys were discussing in the forum lmao. Just bored out of my mind right now and wanted to initiate some discussion.

Anyways, I'd be glad to share my thoughts on Trails as I play through them. Cold Steel is my first of the series, I'll get into Sky afterward.

PoeticJustice Feb 5, 2021 8:00 AM
Yeah, I feel you. The best thing to do is just not interact with them. 99% of the time they do not have anything to offer from an intellectual level. They all think the exact same way. I try not to speak with them because there is no point. The anime fandom has changed a lot, unfortunately. This is what happens when there is no gatekeeping.

PoeticJustice Feb 4, 2021 9:19 PM
Yea, I kind of regret doing it because CD is still a shithole. People aren't worth the time.

I saw you post in that anime that just came out. The one that is not redo the healer that is pissing everyone off. You made some compelling and well thought out arguments. It is a shame that people don't know how to argue and just scream "You're wrong."

But yeah. You are a cool dude. Glad to see you again.

SparkingVolt Feb 4, 2021 4:31 PM
Sitll never even bragged kinda weird you keep saying that. God youre childish just call me or something this is useless keep saying the same shit. "Guess I hit a hard spot and got you all rustled up lmao." is the one typing paragraphs of insults not me. at least im giving you proof of who I am since you keep describing me as if you know who I am all i ever said is that youre a virgin. like wha you want my snap too? jessetbloom lets have this argument where i can actually look at you lol.

SparkingVolt Feb 4, 2021 4:19 PM
"Awaiting the day when I can finally ascend to the 2D realm, united with Iroha sama and my waifu harem for eternity." Certainly makes me look better than this LOL get help im begging you
All Comments