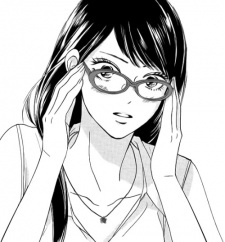 DaDepressionDude Sep 16, 2019 11:07 AM
Damn girl, I've never ejoyed reading reviews untill I read yours of school days, cause it had a simple and understandable language for every language level.

iam_minamoto May 21, 2019 11:09 PM
your 'school days' review was spot on and i don't know why majority of people don't get the big picture. Thank you for the review btw

baellistA Mar 16, 2018 8:56 AM
As great as your review is regarding School Days, I still have to respectfully disagree on how realistic you think it is. Just because of how messed up it is doesn't mean it's deep and thought-provoking. It might seem like that at first glance but it just handles things so poorly and unrealistic. Each new episode seems to build up the drama in a way that disregards the previous episode. Also, most of the characters in this I have to admit are completely shitty people.

A safe comparison to this is Scum's Wish, although its problems are more on the side of the characters they are pretty similar. I just don't see how similar it is to real life cheating, this took it to the extreme. Sure, the concept is obviously the same but the outcome was flipped upside down and character logical burned in a fire for the sake of being melodramatic.