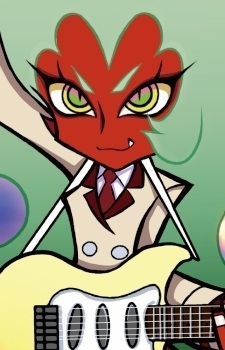 TemplarXIII Apr 20, 6:59 PM
Gotta stop playing the Playstation machines and get your ass back on here. :P

Brynhild Dec 28, 2019 9:12 AM
Happy holidays, my dude. Sorry for late reply, as always. a lot of shit has been happening. Easily worst december to date so far. Hope things are going well for you though!
(I actually dropped CS3 and have no urge to go back to it)

I'm mad I missed out on the Konosuba movie. When I went to get tickets, it was already sold out. Oh well. Guess I'll just have to wait till it gets released. Hoping it adapted the volume well cause that volume still might be one of my favorites.

sayami Dec 24, 2019 4:37 PM
Merry Christmas to you too! I hope you spend a lovely couple of days among those you love :) Personally I don't have my hopes up for the new year. Maybe it's gonna be less of a disappointment that way.

Man, I love Zell, I'm in the middle of an FFVIII playthrough and he's one of my favourite party members. Squall and Rinoa is wholesome and all, but Zell is life. ^^ Snow is the worst, oh my goodness!
I've got into new retro like a couple of months ago and I don't really know too many artists yet, so I really appreciate the rec. :D

Ricz Dec 24, 2019 12:37 PM
Wesołych Świąt and a soon to new decade, bratanku! I wish you a stable job and income and relaxing, fine work conditions.
Hrm... If you say so, since I wanted to give a Cuban cigar reading those lines...

Guess what, me neither want ti, but since the payment for it will go to the upkeep of the server for R/RFs and the Leijiverse blog (where I put out the raws and some of the works we created so far), I guess I have to do what I have to do. I would rather write my idea into a visual novel and make it in a bit of a minimalistic style... which would happen to be a war story, nonetheless. But I still haven't decided over Isonzo or Osowiec or to make something different, like a malenkij robot-"Somewhere in Europe" (a Hungarian movie about the end of the war and the devastations) kind of story. I know you would dig that... Or anything else in particular than fucking a fairy. :D

I hope everything is well for you.

I think I'm off AC for a good while now lol. Ubisoft really gave me franchise fatigue.

Merry Christmas and Happy New Year to you too!