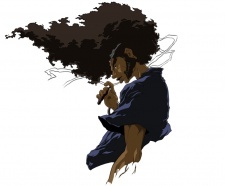 Hibbington Apr 27, 2020 1:42 PM
I'm guessing the invite didn't send then, if it did there would be a (1) next to clubs in the profile hub.
Here is a link to the club page, please do check the pinned threads as lot of features are either starting to wrap up or sign-up dates are getting close to expiring.

Hibbington Apr 23, 2020 10:14 PM
Greetings SenpaiMars-Barz, I recently gave you an invite to a seasonal club called the Anime Guild.
But I do also like to interact with the people I'm looking to bring into the club.
The club consists of a lot of different seasonal activities from Power Rankings to OP/ED Comps to Seasonal Cards.
We also have an active Discord Server as well as annual events throughout the year ^.^.
*If the invite doesn't go through just message me about it*
Personally I wouldn't have an 11 but then again in the pro wrestling world I am a fan of Dave Meltzer whom is known for giving out 5-star rated matches and within the last decade has been giving out 6-star matches and 7-star matches but they all are still considered 5-star matches. Matches that break the Meltzer Scale haha.

Calal-Chan Mar 27, 2020 10:27 PM
SukaSuka fans are a rare breed indeed. Thank you for the FR. I have yet to read the light novels but I do own them. Just kind of waiting for the right time to read them. Gotta be in the mood to read but yeah I love SukaSuka I even made a bad anime youtube video about it XD.

maquiawaskino Mar 4, 2020 7:43 PM
i was about to fucking shit on you for your id: invaded post but then i saw your favourites
>sangatsu
>10,000 yen
>tower of god
and i can't even get mad. i applaud your taste my good man

Ryuseishun Mar 4, 2020 5:49 PM
Then I think you may like ep 10, too. Even for me, I thought that episode did alright, though I still really wasn’t into it as much as most other people due to my overall feelings about the show’s entirety so far, but I think it’s a step in the right direction. Hopefully it doesn’t take two or more steps back after that.

Ryuseishun Mar 1, 2020 8:28 AM
I have very mixed feelings, mostly negative, about ID invaded, too. The most recent episode today I’m not sure to really consider if the payout for that revelation and the previous recent ones may be as worth it as people may think (especially when the cast is so dry and 1D). Yes, I agree with your review, especially on the part where Psycho Pass is a far superior alternative.

King_Korubi Feb 16, 2020 4:53 PM
I really enjoyed your review on ID: Invaded, though I disagree with your opinion. Do you have any good mystery anime you could recommend?

TyDrian Jan 7, 2020 9:56 PM
YEEEEO I love your anime list your tags are amazing and wtttttf
I used to live in Lawrenceville, Georgia I went to a highshool there called Collins Hill too thats crazy :)

Viewed Dec 12, 2019 1:42 PM
I was so used to reading right to left so to go back into reading the normal way was kinda a nice change of pace. The artwork is always in color which is something I like too.

Ahh, yeah no problems. Once you get hooked on something it's kinda hard to stop. Solo Leveling and Tower of God are pretty much almost the same exact elements in Hunter x Hunter. In Solo Leveling the current arc where I'm at is almost identical to the Chimera Arc which is kinda neat. Climbing the tower in ToG made me feel like it like the Hunter Exam all over again, the nostalgia felt fantastic.

If you're into emotional trips then for sure you would love Act Age. I liked it so much I wrote a mini-review of it haha.

Yes, Vinland Saga is my go to favorite show of the season as well! It's definitely not everyone's cup of tea but it does indeed have elements you won't find elsewhere. The cruelty, decision making and just the characters in general are all top notch. Askeladd is such a bad-ass antagonist.

That's great to hear you read it as well! It's so short that I also read it in one sitting. Just one of those things that makes you feel all kinds of emotions. It was such a incredible ride. I kinda grew attached to the characters, they developed much more than I thought. One of my favorite scenes is where he is just threw away all that money... and it wasn't even his after he found out. It left more of a impact.

If you enjoyed that you should also check out the other 2 on my list, Watashitachi no Shiawase na Jikan which is only about 8 chapters and Onanie Master Kurosawa which is about 31 chapters. Both are incredible reads and made my feelings go haywire I think you'll enjoy it as much as I have.