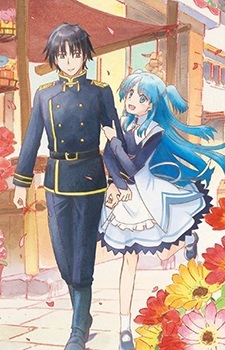 pockyharem Oct 24, 2:11 PM
Hello there. I came across your profile from a friend. You also watch Magi? I'm watching it right now, 6 eps in on the 1st season. Aladdin is probably the one who keeps me interested so far because of his humor.

NickCipolla Sep 30, 4:32 PM
i have officially come to the conclusion the affinity system is awful. I share 40+ entries with someone i am friends with, and we practically have a difference of 0 or 1 for almost every entry.... yet the affinity is like 8%.

Fierrza Sep 28, 5:19 AM
He just seemed out of all the characters the one not there. If that makes any sense

Fierrza Sep 27, 1:23 PM
I was just told in the 1999 version Kite is shown in the beginning, not just in the ant arc which makes more sense because too I just seemed like a character that just had a brief connection with Gon when he was younger. I plan to watch hxh 1999 at a later time I am hoping it makes the justifiable rage more potent after watching. In any case, I most enjoyed it, Some equations were left unsolved like what happened to spider gang, how did blonde who was in 20 episodes manage to get 6 eyes I assume there will be another season perhaps in due time, oh well will just wait and see.

Fierrza Sep 27, 8:17 AM
Finished hxh its good I enjoyed it. Though I found moments in which I didn't really agree with my biggest one was the part were Green boy raged for the sake of kite That moment felt unnecessary and pointless I wouldn't really care but it set the tone for the end of the anime. oh well, I enjoyed it. Oh, the last thing would you consider the blonde kid a main character?

Black_Sheep97 Sep 23, 12:09 AM
Came from katsucats profile jeez those were long paragraphs about? And how did the conversation go cause I didn't finish them?

Fierrza Sep 21, 6:42 PM
I dropped hxh at the worst ep possible I actually really enjoy it funny one ep later it kindeled my fire for the anime once more. Ive marathon for as much as I possible could. I still hate the green boy still extremely predictable and one sided. but other than that this show has far exceeded my shouenen expectations

Fierrza Sep 12, 10:27 PM
Wait what did I miss I know the bird thing and her past sins I’ve made the connection with the crow and her fall as a symbolic meaning of loss. But I am unaware of her past killing herself. Must of missed that fact somewhere (this is why I love watching things multiple times to find things you missed) No not rude at all. Yea this just gave new world vibes I know it’s older but the weird preist people, the Wall in new world it was the sacred barrier. The kids mature if that was ur issue. For hxh I wish the viewers saw nen even if the boys couldn’t use it. When they were are the tournament arc the felt the nen from the werido clown dude. Why couldn’t they have felt it earlier. I will continue it some day I’ll remove it from my dropped.

In any case I’ll really enjoyed it I probably will rewatch it at a later time. To see small details I may have missed I’ll continue to watch from ur list.

Fierrza Sep 12, 9:01 PM
I thought about a 6 I was sadden that the bird moment was kinda mindless. I know it cured her sin but I wish it went into depth. I liked the Wall aspect unfortunately it didn’t go in-depth as well. This anime gave the from the new world vibes. If you haven’t seen it I’d recommend it. I kinda wish she flew out in stead but oh well. I dropped hunter x hunter I got to the tournament part were they unlocked this ki shit. Not sure why it wasn’t explained before it’s like it was added in. There’s nothing that frustrates me more then anime’s that just add things in. Other than that I enjoyed it I’ll give it another chance I guess later.

Fierrza Sep 12, 5:05 PM
I feel bad I actually watched scums wish I’ve gone back to rewatch it sorry I didn’t have it marked. I dropped hxh at ep 32 I really enjoyed the start of hxh. I hope I didn’t give it a score if I did I’ll remove it perhaps I’ll finish at a later time. Beaststars yea furries. I watched ep 1 and 2 I could go back and watch. I’ll start with haibane looks good.
All Comments