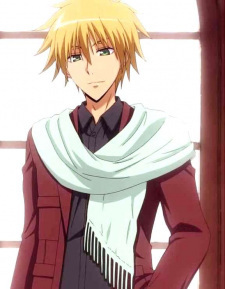 Lopika Feb 22, 12:05 PM
Hey, I just stumbled upon your anime profile and noticed you have 2 more anime to go for completing a total of 666 anime. That would be nice :D Somehow it would go well with your profile pic.

Afkoori Apr 17, 2020 5:38 AM
Hello! I read your review on Boku no Hero Academia 1st season. And yours thoughts was same for me. But i noticed that you had change a score for 1s season and more liked 2d season. What they changed ? Why do you liked it ?
I'm thinking of watch 2s season. Did they do well ?

Ryuseishun Sep 5, 2018 8:52 PM
Just finished Erased and read your review, too
Honestly, I don't get the other negative reviews on it. I'm guessing it's cause of Re:Zero that aired later on in the same year Erased was airing?
I honestly enjoyed it more than the actual Re:Zero story, tbh, and you basically nailed it on the head with that review of Erased.
I know many MAL scores can be deceiving, but Erased definitely deserved its current score, imo.

CinnamonRollz Nov 19, 2016 6:34 AM
Hi!
I love your reviews (especially Noragami Aragoto)! You are like a true guiding star for many anime fans :3