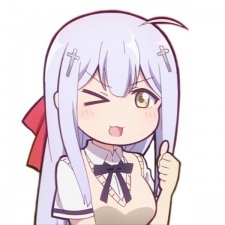 bleeyzus Jul 29, 12:26 AM
Yo why did you watch Lord El-Melloi before you watched Fate/Zero? You know El-Melloi is a direct sequel to it, that's probably why you thought it wasn't good.

CrimsonCW Jun 23, 12:54 AM
Found your profile by your Prison School review.

Man, I'm a little bit under halfway of the manga, and so far, I'm loving it. Especially during the second half with the USC in prison, where we really start to flesh everyone out.

I've heard such bad things about later parts and how the author's reputation went in the gutter after the fact, with all his other work, so I really am curious to see how it'll fare with me. I just can't imagine that something so tight and interesting just takes such a huge nosedive, for any other reason than just giving up. I sure hope not, because what a waste otherwise.

Will say, I did prefer the anime to the first part than the manga; but I would love to see at least this second part brought to life in anime too. Maybe even remedy the lacking parts later on.

In your opinion, around what chapter does it really start to drop off for you?

Koustubh Jun 21, 1:00 AM
OK, I see. That's pretty interesting task you got there. Must be tough checking reviews of such a large database of anime and manga, isn't it? 😅

darky_vfx Jun 20, 5:58 AM
nice,I am glad that ur day was good. Anyways,im fine, although a bit busy atm so i'm not watching/reading as much as i would like to ;D

Koustubh Jun 19, 8:53 PM
You're most welcome! So I saw that you are a review moderator. Since I am completely a stranger to MAL roles as I have never been one, may I ask what's your exact role as a Review Moderator? Do you approve anime and manga reviews of other people after thoroughly checking them? Or is it something else?