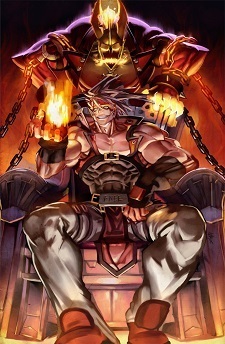 ProbablyEnhancer May 16, 5:49 AM
I wish you a Happy Birthday, Lord and sovereign of the Heretics!

THEAnimeHERO Aug 1, 2019 11:13 PM
The anime stops very early. I believe chapter 70 is where you should start reading as some fights were skipped in the adaptation being the omitted Date & Toramaru team along with the first match of the Momo & Gekko duo. Akatsuki Otokojuku is nearly completed you could start reading it as it already covered several arcs. There's 12 chapters remaining and the updates have been on a monthly basis. The Netflix Saint Seiya anime is decent to skippable so far as only 6 episodes have been released from 12 or 13 total. It's feels very kiddish sort of like the Astro Boy Imagi movie in terms of tone. There's also changes in the storyline in which most Seiya purists weren't fond of. The older anime is recommended but that 80's version needs a better subtitled translation.

JizzyHitler Apr 16, 2017 7:36 AM
Hes one of the few that feels intentionally annoying/infuriating in the series, like you can tell okada was probably laughing it up as she wrote this guy to be hated and make him escape so many situations to pretty much drive the viewer into watching more just to see him die(which actually seemed to work on people who were turned off by the series finale). I love how even in his final scene they kind of fake out the viewer by making it look like his subordinates save him for a second when they stab the gusion.

Seriously no other death in this series gave me anywhere near as much satisfaction as him finally going down. And I'm so happy after all the shit he does it was one of the slowest and most brutal deaths in the entire series.

JizzyHitler Apr 14, 2017 12:11 PM
So does based best boy Iok Kujan get a spot in your most annoying gundam characters?

jretzios Jan 3, 2016 8:17 AM
SMT: Devil Summoners: Soul Hackers, it's one of the older entries into the franchise, but recently had a remake for 3DS.


P3 is 2nd best Persona, behind the original.

SMT IV is a masterpiece.

I recommend them all, tbh


What SMT games have you played so far?

GreenSoap Mar 15, 2015 10:57 AM
The remake was indeed horrible. I also didn't like the way Freddy looked. I mean, his makeup looked like swiss cheese for fuck sake!

Freddy vs Jason was pretty solid, as an action movie..

I liked the third one most. It had the good "Freddy humor" without going overboard. It also introduced the idea of taking control in your dream. I also liked the characters.
The kills are funny and inventive, like the girl who got smashed through the TV ^^
More fucked up Freddy backstory.