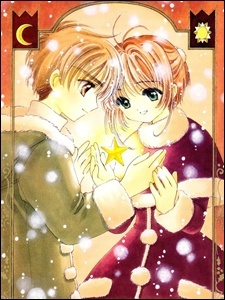 CrysisWarXX3 Jun 24, 2019 10:00 PM
hello i liked your review about Clannad: Mou Hitotsu no Sekai, Tomoyo-hen, man this episode is awesome

Detective Nov 23, 2018 11:42 AM
Thank you for saying so. A lot of people don't take the time to look further after they object to a single review so I'm glad you took the time to do so and hopefully find some good anime!

itsthatguy Apr 9, 2015 10:03 PM
Were you involved with the fantasy baseball league last year at all? If not would you want to be in on this year's league?

Who was your favourite character, if you don't mind me asking?

mahoganycow Mar 28, 2014 5:02 PM
Well, if the mystery of the Fog is meant to keep the viewer watching, and the show never divulges enough information for the viewer to figure out what the Fog are, then isn't that an anticlimax and the direct result of lazy writing? To be clear, it''s one thing to never explicitly tell your audience something--some of the best works of fiction rely on the assumption that the audience is smart enough to pay attention and figure things out based only on information that is conveyed through subtle means. However, the key words there are "information" and "conveyed." We need something concrete upon which to base our conclusions, even if we have to draw the conclusions ourselves, which means the writers have to do more than what they did in Arpeggio. I wasn't necessarily knocking the show for failing to scream "THE FOG ARE ALIENS" or something, I was knocking it for giving completely inadequate indication of what the answers to many, many plot-critical and setting-critical questions might be. Basically, I'm okay with having to deduce things about a story, but to say you filled in the gaps with "imagination" means you created something from nothing. The show doesn't deserve credit for that, in my opinion.

I didn't really want there to be an emotional switch in the Fog, I just said that something like that--a reason for the sudden appearance of emotion--would be required in order for the character development and thematic content to make the absolute barest minimum of sense. At best, it's a huge cliche and a cop-out to boot.

I always like hearing from people whether they agree or disagree with me. I might argue my case a little, but I never count my own word as law and I think differing opinions are good food for thought. Judging from our respective ratings I'd say we have a lot of differing opinions, but I think it's cool that you can see some value in reviews even though you might not agree. Not everyone is so open-minded. Thanks for the comment, and cheers.