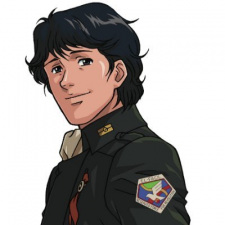 caprisan Jun 4, 1:41 PM
Is it true that you get shanked in Sheffield?

CrimsonCW Apr 3, 1:33 PM
Showing the whole evil twin thing in episode 1 of SK (first 5 minutes, actually) was not a smart idea. Because it just confuses people.

But yeah, basically; they knew this evil family entity would reincarnate eventually, and since he reincarnated with a twin, they had no choice but to kill them both before they found out. Luckily he made his appearance known right away, saving the other twin (Yoh).

For now, they just insert the spirits inside them, taking on their skills; it gets a bit more complicated later on.

Berry-Vodka Feb 12, 7:18 PM
Hey, thanks for recommend a similar anime, in this case i saw on MAL panel the titles Gundam I and Code Geass I and it's just what i'm looking for since both shows suffer from the unbearable tv format treatment :D i mean if these compilations do the work in having me thrilled i would also start they tv versions for the complete experience lol!

Itachi_Delta Feb 21, 2018 11:45 AM
Man o man, iv finally found some one on here who has actually got macross plus listed on there favourites. I just love that show & movie its one of the 1st anime I ever watched & 1 of my all time fav......I do so miss that era,style & atmosphere. It also has very good ending credits theme song which most anime don't, subbed/dubbed it doesn't matter its simply a masterpiece in my opinion & I hold it very dear to my heart!!!

The dub was awesome
Its my go too anime.

FutureWorldZone Apr 29, 2017 2:27 PM
Hey, you seem to like anime. Join our club! We're aiming to be one of the biggest anime/manga clubs!
https://discord.gg/NpKX2VY

Kotori_Sonoda Dec 13, 2015 8:03 PM
Just dropping by to say that whenever I see your name in the forums, I can't help but smile (I see you're familiar with the English dub of Headmasters so you should know why :D )
Doesn't help that my sig is Scorponok's famous line...

Kurt_Irving Oct 25, 2015 1:00 AM
Hello, so have you also been bothered about this one episode in ZZ where a raid took place in a space colony where a hut got crash landed by a Zaku? how did Sayla even know that someone was in there before the impact, anyway or why was she in that colony?
All Comments