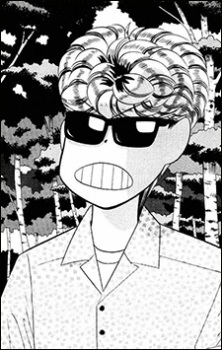 Our mac, the one I'm inviting you to
Has Matic, fate, Meris goombs me etc

fatedKujo May 22, 2019 9:27 AM
Romance is one of the genres I have a hard time being pleased with, either to much drama and its not done well, or it happens to fast. i was curious enough about its world and how pretty it was that i went ahead and watched it.

yeah I know its the same mangaka, I'm just always pushing it off for something else lol.

fatedKujo May 21, 2019 10:19 AM
Nagi no Asukara the first cour was rather nice, buut the 2nd added so much romance drama that made it dificult to watch.
the other was Little witch Acadamia the first cour was episodic which is what made it appealing for me, the 2nd cour added plot arcs which i wasnt to fond of, it lost its touch for me with the switch.
NagiAsu was the only one i came to hate lwa i can toss with snk and others where it just gets worse as it goes but still has its moments, and i seem to have the opposite oppinon on both of these when i look at my friends

fatedKujo May 19, 2019 9:21 PM
i love my bishies, but i see enough of em in other shows, that its refreshing to see "humans".
I prob will, very rare for me to love ep 1 and not love it later....i can only think of 2 actually, but the 2nd cours of both added unnecessary drama

fatedKujo May 18, 2019 2:43 PM
started Hyouge Mono yeterday. its nice to see Nobunaga and others in a character design thats more fitting for the era they actually lived in lol.
im gonna watch ep 2 today but i really like it so far