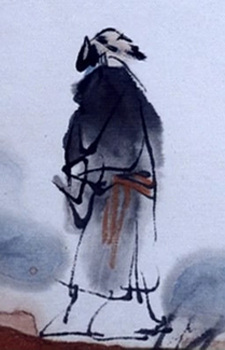 shadysamishere Apr 11, 12:01 AM
I have not heard that one yet, I found them through Spotify, and that album is not on there, will give it a listen though.

shadysamishere Apr 10, 2:59 AM
Kayo Dot huh? You have a good taste in music

East Apr 8, 7:53 PM
Things are getting better since December when I had to leave a lot of things again... I'm getting a lot of things done this year that I should've done years ago if it weren't for my shitty family and shitty friends outside of MAL, but since things are looking up I can consider going back to a relatively normal life by the end of this year. At least, I hope so. Glad to know people are coming back and things haven't changed so much. Hope to be able to talk to all of you soon.

Freexss Apr 5, 10:47 PM
Holy fucking shit may God save your poor soul when I look at your plan to watch.

DerMond Mar 12, 7:21 AM
Haha, I saw the news, yeah.
Well, I've never watched it, but I heard the Trails in the Sky short anime series was disappointing, so I hope this one will be better.

In the meantime, I'll be playing the 4th part of the Cold Steel series when it comes out next month. But if the anime draws more people towards the series, it won't be so bad in itself ^^.

Miporin Jan 25, 3:12 PM
Well I'm not really alright, but just got to get through it anyways. Yeah those have been pretty fascinating, getting the chance to learn about some details of actual volleyball. And Coach Donny has a really sharp eye, for stuff like the refereeing and the balls switching. I'm still surprised that I'm watching *any* reaction vids this far haha.

In all seriousness, I'm glad to see someone who loves Trust and Betrayal as well. Despite its critical acclaim it doesn't really get talked about that much, I suppose that's only befitting since it's a bit old, but the way Kenshin receives his scar is legitimately my favorite moment in all of anime, to this very day, almost a decade after seeing it. The only thing that rings a similar feeling of pathos to me is the death of Rider in Fate/Zero, and his final words. But, I'm being a dork rn lmao.

I suppose a question I want to ask is, as I do with other fans of Lain; do you think anything in Lain is... uh.. "real"? I know such a statement is as nebulous as hydrogen, but I can't help but view Lain, in many instances, as a work that isn't more about a story but about Lain's own psychosis. While I firmly believe Lain is more than likely a quasi-religious and technological study about both the progression of technology and what it can do to impressionable minds, as well as a rather-decent-lance into the notion of what God can be and is from a human perspective, I have other small theories about it just for giggles about its relation to psychoanalysis that always makes me wonder if it can be interpreted in a different way narratively, rather than thematically.
Anyhow, I hope to catch ya soon! <3

cateypillar Jul 13, 2020 12:57 PM
oh nice! and is kaiba pretty dark? i wouldn’t have guessed by the bubbly art style, but seeing as this is yuasa we’re talking about that was probably a weak judgement to make lmao. but yeah, it’s absolutely gorgeous to look at and it’s definitely something i wanna check out soon, along with kemonozume.

you definitely should, it’s incredible. the first season is a little weaker but still great, but the second has a slower pace and really fleshes out its cast in a dynamic way. so so good.

i’ve wanted to watch that for a while as well, but thanks for reminding me! i need to see more takahata since his voice as a director is fascinating to me. thanks!