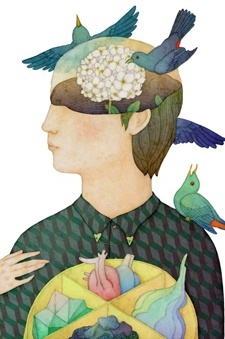 Eradawn Feb 22, 8:47 AM
Thanks to you friend, Now I know that tiger mask and kyojin no hoshi are both were translated into Italian, I mean I cant speak or read Italian that good. But to know that its full online out there is just good to know.

Tiger Mask the old version is just with 72 of 105 Episodes in English sub online.
Kyojin no Hoshi in Comparison not even one Episode in English ? Or maybe Iam to dumb to found it haha.
And I also saw you link in the tiger mask Forum, Are there even more old Animes that the Italian translator groups translated that havent even english sub ?
It picks me a bit ot Interest, because the old Animes from the great mangaka Duo of Ashita no Joe are just my kind of tea when it comes to Sport anf fight Animes :)

I hope I dont bother you. Thank you in Advance :)

sockerdricka Apr 15, 2020 2:38 PM
Did you watch Sailor Moon when you were younger or recently? What makes you like it so much?

Huss Aug 31, 2018 10:25 PM
i want to invite you to my server. it is for people who have good taste like you. check it out. i dont mind if you are inactive, i just like having people with interesting opinions.
https://discord.gg/FEdBXRU

I am a bit surprised that made such a change, as from what I heard Ashtia no Joe is very popular in Italy. Even though it would be nice to see Joe survive and become a world champion, I love how tragic it and fits the series true message. Ashita no Joe was about a kid who like 15 years who has no purpose of his life, wondering around town to town, without have a destination or a reason. it isn't until he meant Danpei, and got trouble with the cops by scamming Yuko, he got sent to jail. In their he meet a man name Rikkishi, a person who Joe wanted to beat, but couldn't. That is when he decide to take boxing to hope one day they can settle the score between them once for all. However once Joe and Rikkishi had their long awaited fight in the ring, Joe ended up killing Rikkishi. It was after this Joe went on a journey to find an answer rather or not if he should to continue boxing or not and to recover after the death of someone he consider to be as his closest friend. After he came back he find a new purpose to continue boxing, because he grew to love the sport. A key evidence of this is when in season 2, during his losing streak he was going throguh because he can no longer punch in the temple, he was still wanted to fight and figure out to overcome this. Another evidence was during he was trying to stay in the Bantamweight weight class, and telling Denpai why he doesn't want to change is because of all the rivals he has made over the years. This shows how much Joe respect his opponents, such Wolf, Carlos, Jose Mendoza, and RIkkishi. When it came time for him and Jose Mendoza to have their match, I felt their were strong hits that Joe was indeed going to die. Sch as the talk he had with Noriko, were it reveal Joe will continue to box until he become pure white ashes.Then when he was going throguh punch drunk Syndrome, he still decide to fight Jose because, he wants to fight the best and show the best how strong he is. That make Joe such as good character and why I feel he the best anime character ever made. He resembles the hard worker men who love doing his job. That what Joe was and even though in the end he didn't become a champion. In the sense he is champion, to not just the people of Japan, but all who the people who grew up in slums who thought they can never accomplish anything. That why I love the ending so much as it shows all the journey we have been threw out the series, and to hear that in the Itailan dub that Joe survive and becomes a world Champion, i feel i very dissspointed. To have him survive take away the message the creators want to tell. The death of Joe Yabuki is one one the reason why this series will remind as my favorite anime of all time, as what it did to me. Before Joe I never though i get so attached to a character ere I start to care about them as if they were a person close ot me. Even Joe is just character we learn so much about and we see his growth of him starting as an asshole with no purpose to becoming an men who symbols what a hard working man shoudl be and becoming a decent human begin. That why I love The development of Joe so much. His death caused me to go throguh a void that lasted a year to get out.


Thanks for the interesting information, even though it wasn't much it was interesting to learn how much they change the ending. As even though I consider myself an expert on the series, I still have alot of things to learn. Their question I want to ask such as do you guys also license the manga of it and do have any MAL friends who have seen any of the following dubs: Arabic, Spanish, Russian, Korean, Italian, and Portuguese. Heck if be great if have any friends who have watch the English dub as i rather curious on who viced acted who. As the only thing I have to go off by is the promotion commercial that i find on youtube, even though they only dubbed he first 8 episodes i am still rather curious how it was like.

Woggo Feb 16, 2018 10:04 PM
So i have notice that you have watched Ashita no Joe and you are from Italy. I was wondering did you see the Italy dub of it, if you did what were the change compare to the original Japanese version? What I am referring to things like censorship, opening songs, endings songs, characters personalities and backstories being altered?

I noticed today that I think I followed your piece of advice yesterday by reading Rough, it was certainly a very solid work from Adachi.. :)

Effulgence Nov 26, 2017 4:33 AM
I have watched 15 episodes from s1 so far and i can see where you are coming from.
Outside of the rather boring fights, the show is cute and fun.
All Comments