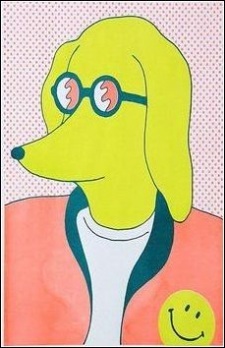 It's good, I like the world building it presents if anything, then it's a matter of liking more or less the episodic tales, but it also does a fine job in that regard. 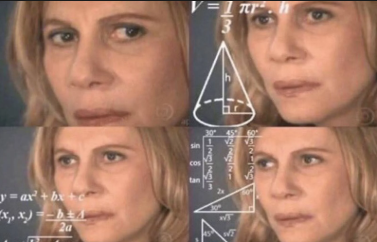 Unowen Sep 18, 2018 7:26 AM
I like both. I haven't read much of the manga yet because the second season is airing in a couple weeks. Most people find the anime adaptation a bit sloopy in terms of animation quality but it wasn't that bad for me.

Content-wise I like the historical setting, the insights about Ainu people and their culture, and also the character leads and their interactions. The story is a nice balance of adventure and rather goofy comedy. The former can get a bit bloody at times, but not in a way that I found particularly repeling or distasteful. Most of the comedy is in scenes in where they eat, in where you can see typical Ainu dishes and whatnot.

Story-related events like new characters and villains appearing constantly happen, since it's rather fast-paced, but in the very few moments of peace odds are they're eating or simply hunting to later eat whatever the prey of the day was.

Warriors_of_God Aug 15, 2018 1:07 PM
I love the feel of it, it feel like I am watching an rpg. The artstyle is very nice and simple, reminds me of Dragon Quest. Alot of the jokes are funny, each one made laugh so far. I am liking the character of it so far, Kukuri is so cute. I have yet to see them reuse a joke yet though, but glad to know that the only complaint about it.

Looking forward to seeing more of it, however might take a while to finsih as I still watch other things at the moment and I wan to take my time with it. Heck I am think about watching the 94 version of it maybe after I am done with the 2017 version.

wgbho23 Aug 13, 2018 9:39 AM
I've already seen Touch and Orange Road. (Ive read basically all of Adachi's manga) and Touch is one of, if not my favorite sports anime, which is a genre I love. Yawara I need to watch and plan to soon, especially as a huge Naoki Urasawa fan.

wgbho23 Aug 13, 2018 7:39 AM
I really don't like the idea of such a low *mean* score, but it also has to do with the fact that I think all ratings should be based purely on enjoyment and through that would mean you are saying you don't enjoy most of your time watching anime. (Had to say this, it annoys me every time I see it, but w/e.)

Glad to see another person with Maison Ikkoku as their favorite anime though, anything you'd recommend based on that? (Or just any 80s anime in general?) I need to watch Patlabor tbh.

Blarey Aug 12, 2018 1:45 PM
With my last comment I kind of made Ryo sound like a bad guy, but he really is a good, kind-hearted dude. The show has been slowly showing more of his hidden good side which I realize after the past couple episodes.

How is Keaton so far btw?

Blarey Aug 12, 2018 11:59 AM
I’m definitely liking it, Ryo is a savage lol. He literally just goes around feeling girls up and acts like an idiot so they hate him at first, but they can’t help but end up liking him in the end because he’s too awesome.. At first it feels like a typical episodic “catch the bad guy of the day” type of show, but it’s really more about Ryo and how he helps everyone around him and with seemingly little effort. The individual stories can be pretty good too and as you know, an episodic series can be boring if they get repetitive, with City Hunter I haven’t felt that way at all and it’s been a very entertaining and hilarious show so far. The VA who plays Mitaka from Maison Ikkoku, Akira Kamiya is really good at playing Ryo too.

And I’m glad you are taking the time to check out more Naoki Urusawa series! Yawara and Master Keaton are pretty much the only other Naoki Urusawa anime worth mentioning besides Monster, I think. I plan on watching them sometime. I’ll probably end up reading Billy Bat first though.

Coolspot Aug 10, 2018 10:21 AM
I've seen that poster around for ages, I'd be down for a re-boot with similar characters but I think they are gonna start fresh lol.

AestheticOnion Aug 8, 2018 9:32 PM
Anyone who appreciates 5 Cm is my friend by default
All Comments