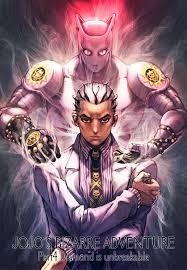 Reapermask Apr 27, 1:31 PM
Thanks for the friend request and nice to meet you

KANLen09 Mar 31, 4:50 AM
So what I can take of this is that Pet is a complete manga adaptation, and the anime adaptation essentially finish the manga from start to finish. And this "fish" manga is set as the sequel? Kinda intrigued but not wanting to read once it's serialized.

KANLen09 Mar 30, 10:22 PM
Yea, directing's going one way or another with a lot of the twists and turns that just flys by if you don't pay attention. As is in my review, pay ABSOLUTE attention to everything.

As for the show, nope, Season 2? NEH. The manga has about the same exact ending...so hopes plummeted or not, I'm totoally fine with this ending.

KANLen09 Mar 30, 8:01 AM
Probably how things are made nonsensical? I mean, it's a headache trying to be detectives in mystery-psychological shows, but as an analytic myself I kinda have some fun breaking down a lot of stuff though. If there is one point, it''ll be how much the characters keep on having facades and are just trying to do things for their benefit (which is a given in Pet).

What's your gripe in Pet though? Very interested as well.

LIQfilms Dec 24, 2017 8:46 AM
Doesn't take me that long tbh. Just an hour or two. I write them mainly because I find it fun, and plus it helps me improve in my English skills and critical thinking.

kerothederro Jun 1, 2017 7:26 PM
Hey man, just saw your comment. I just wrote that comment for shits and giggles. I don't actually care that much that you gave Naruto 10's, you can like whatever you want. I wasn't hurt by your comment either, you don't have to apologise.

You also asked if you should watch Sword Art Online. It's not the greatest anime, but it's certainly not the worst. I enjoyed it, which is why I'm still watching it. Also, the "rape" scene you are talking about, I don't think it was an actual rape scene. It was just very disturbing for most viewers, which is probably why they call it a rape scene.

kerothederro Jun 1, 2017 12:10 AM
Are you telling me, that you gave the horrendous Naruto anime and it's sequel anime a 10? And not only did you give the anime a 10, but you also gave it's terrible source material a 10 as well? And even fucking worse, you gave the shitty Boruto anime, which is the most blatant cash out I've ever fucking seen in any anime, a fucking 10? Are you out of you're fucking mind? You have 79.7 days worth of watching anime, which is equivalent to 1912 hours and 48 minutes, and the best franchise you've seen is Naruto. You've got to be fucking joking. There is a plethora of anime that are better than the Naruto franchise.

I also noticed that you gave the new Berserk adaptation a 10. Now, while I really like the manga and the '97 anime, but you've got to be smoking some real good shit to think the 2017 adaptation is a fucking 10. You haven't even seen the '97 anime either. No wonder you think the new one was sent down from the Christian God. You don't even know what the fuck you're talking about.

I'm surprised you dropped Sword Art Online and gave it a 1, since it's quite fucking obvious you have shit taste. And don't even get me started on you giving One Piece a fucking 10. And you gave Summer Wars a 9. Good. Fucking. Lord. I think I found the reason why the scores on MAL are so fucked. It's fucking idiots like you who watch shit anime and rate them with a fucking 10.

I think I could have forgiven you for giving Madoka a 10, but then I realised YOU GIVE EVERYTHING A FUCKING 10! Do you even know how to rate shows? Do you base you judgement on whether or not you enjoyed the show? You're actually the most retarded anime watcher I've seen. And you had the nerve to say "Shit boruto review ever fuck yourself" on my account. I have to agree with the gentlemen below me, you do give out a lot of 10's. At least he had the decency to give Naruto the 6 it deserves. Actually, you know what, I think he being a being a bit generous. But I'll forgive him. Since he also gave Shippuuden a 6.

Well that's it from me. I hope you realise how fucking dumb you are.

it was so weird but good, right?:D