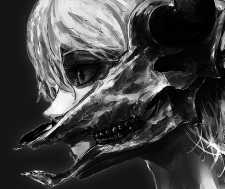 - Putting these here for my own easy navigation, not for you BAKA!
anime.plus

giap16 Aug 25, 7:36 AM
Yea! I forget how I stumbled across your profile, but it was likely from a forum post where I enjoyed your take on something. :D Also, your profile is funny.

YaBoiMick Jul 31, 6:00 PM
Hey, thanks for accepting and I like your bio lmao it's pretty funny.

everythinggoes__ Jul 17, 7:39 PM
Thank you for accepting, and pleasure to make your acquaintance! I believe I came across you from the Hunter x Hunter episode forums. Just want to say that everything about your profile is so cool, and that bio lol! (Also I got rickrolled-)

Enescu Jun 13, 10:49 AM
Hello, thanks for accepting, nice profile i still dont get it how u can complete a show without dropping it even if its boring