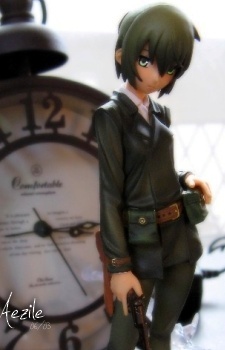 xDoN904 Jan 6, 2016 10:37 PM
Yeah it socks your list is messed up, but for me I have just stopped being active really. Also having a dead computer didn't help either. So whether you get back on or not, hope things are going well for you.

And also if you have any current Gen consoles or whatever my gaming ID'S are in my about me.

Just a random stranger passing by

Keep seeing a bunch of bad news regarding online about that game, lol.

Animation or content, as well? Is it one of those movies where you can't fit enough in 90 minutes? Production value not good either? :<

Lucky. If you can, let me know if Shokuhou joins the harem. xD

If I may ask, do you live in Japan?

Kazunga Apr 24, 2013 9:01 AM
Going by some of the images on danbooru from his eroge like you mentioned, I ain't surprised. xD And the bandage wrapping fetish? That is new yeah. It wasn't there when I saw it in the anime, but going through some Musujime art certainly helped!

Nice! and how'd it go on developing it since it's been a while?

Yeah, we also have this straight from the director from the End of march interview makes it obvious enough:
"Currently, the "Miracle of Endymion" seemed to have gathered a large number of people to support it, the "Toaru" series itself, games, and comics, it has spread greatly. With this trend, of course I think it would be nice for a "Toaru Majutsu no Index" anime sequel. However, for now I'd like to wish the best of luck for "Toaru Kagaku no Railgun S" (laughs)."

At least they treat it well.

I assume you saw the Vol. 7 cover? :O
All Comments