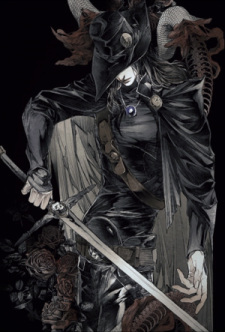 deafnote Aug 9, 12:05 AM
Still haven't seen Japan Sinks (or anything else from this season) but the reviews for it are totally mixed, idk. I'll get to it soon hopefully. Gantz:O and Kato's hair was gorgeous. The only kind of CGI I don't mind seeing more of. The live actions are pretty bad. They turned Kei into a businessman, the whole thing was weird. But I still don't mind because it's more Gantz.

I forgot Gonzo was half dead too, rip. I don't really follow their new stuff anymore.

Do you read novels as well?

Dunno if I’ve asked this before, but what are your hobbies?

deafnote Jul 30, 2:25 PM
Ah god, you really need to watch E7 sometime, even if it's just for the epic soundtrack. The thing I liked about Kurau is the relationship between the two main characters, and how they just loved each other unconditionally. Not even in a romantic sort of way, but you know. It warmed my cold heart.

I know a lot of people who didn't like 8.0, it always surprises me lol. But I like disaster type live action stuff, so I was really into it. Oh my god though, did you just say Gantz was good? I rarely meet anyone who has good things to say about it, but I love it too. It was one of the first series I bought. What did you think of the Gantz movies? If you've seen them.

A Gonzo binge sounds like a good idea though. There's literally so many hidden gems from them.

Renn Jul 18, 11:33 AM
ahh, funnily enough all shows that I have been meaning to get around to haha

Renn Jul 14, 8:32 AM
Probably been a while since we last spoke, but I stumbled on your profile again today and I must say that I really love your new profile design. Its simple, but colourful enough to stand out. I'd be lying if I said I knew what the images are from though, other than the Eva mechs.

deafnote Jul 9, 10:45 AM
Eureka Seven was my first Bones series. Kurau Phantom Memory is my other favorite from Bones.
They haven't done a ton of stuff compared to other studios, but they're really great.

I'm still waiting for a Science Saru anime I like. Devilman Crybaby was some of the wildest shit I've seen in a while, but I really prefer the manga and old OVAs. Excited to see Japan Sinks this season though. Hopefully it's as good as Tokyo Magnitude.
& rip to Manglobe. I loved them too. I also like Gonzo, even their bad stuff is good to me lol. I liked a lot of Production IG stuff before they got kind of stuck with sports series.

deafnote Jul 2, 6:45 AM
I fucking adore Bones. I have so many favorites from them, such an amazing studio. I like Mappa as well, but that's baby Madhouse anyway, so yeah. Geno has been adapting some really awesome stuff lately. The animation needs some work, but I like the projects they pick. Cannot wait for season three of Golden Kamuy. What about you?

Oh wow, it sounds like a zoo over there lol. I've never met a bearded dragon before, that sounds mad cool. But I would gladly take one of those snakes off your hands. I bet they're gorgeous. Your cat sounds like a beauty too.