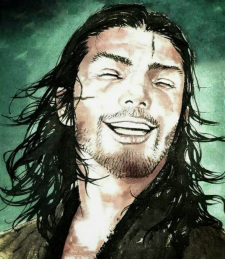 FireHeart Nov 6, 2020 1:08 AM
Hey David. Thanks for the friend request that you sent me a while ago! (sorry for replying late, was inactive)

Soulsfear Aug 13, 2020 4:25 AM
Alright.Also,regarding Togashi..this is ''already'' a realite at this point - his longest hiatus ever.
https://twitter.com/WSJ_manga/status/1291301426786959360
Hmm ye..the only diamond in rough is probably Jujutsu Kaisen but since it's already past 100 chapters I would bet everything on the last arc/ending if it delivers and connects up together as worthwhile ride.Chainsaw Man on the other have gotten like pretty good in early spring but the last chapter keeps me wonder what direction we still can go from now on.The rest..It's either pillar (longer running series like Boku no Hero,Black Clover,One Piece) or newer ones that are just waiting to get axed at this point.

Soulsfear Aug 12, 2020 11:47 PM
Well,with this..I doubt Togashi wants to return to this,in WSJ - since I had separate theory regarding him (if we exclude his health problems).Act-Age had potential yet I had that uneasy feeling that it could ''suddely'' end like Psyren back then (in only 3 years).But well,It's not the first manga that we won't get to see continue/end..since there is Vagabond that is ''apparently'' still on hiatus..Nana never ended...and xxxHoLiC Rei which was basically after story of the main series that relied on the chemistry between the Doumeki x Watanuki for the most part and still worked pretty well despite the absence of Yuuko.

Ye..that's understandable..It's just that his 2nd bicycle tweet and it's mentality or confessing without any regret/hesitation left me thinking what was happening to him,what presurre he was under probably due to WSJ staff.It's like he feels he won a one against them in a way - but that's me thinking too highly of him despite the state he ended up in.Wish he started this manga in another magazine (YOUNG JUMP or even SHOUNEN MAG - where GTO is farming on his 2nd ''side/parallel spin-off'' series.

But thx,thought that reading something like this would be like counter-mental block of sorts (to some people).Take care.

Soulsfear Aug 12, 2020 2:40 PM
Hey.What do you think about my ''fan fiction'' regarding Act-Age.Since It's still mystery that what the writter did is dumb but the fact he admited to it when they showed him in cams,basically with minimum to none struggle.Was kinda curious to see your option since you didn't rate the manga (even if the score would only reflect it's full potential and not the current state of it/arc that actually didn't end).

WSJ had already underhanded plans underway regarding on its cancellation by the end of the year anyway.Because the stage play alone would make more money than the manga itself (at the time it was serialized and both artist/writter were informed regarding that way ahead of time,to plan out the arcs,at what point would our MC choose school/studying further or acting and vice versa).Is Yakushiji Mami (from last panel) reference to the artist of the writter of Act-age,hence why she's described that way throughout the last chapter by these 2 guys who are reference to WSJ editor-in-chief (Hiroyuki Nakano,the character in glasses there) and the writter (Matsuki Tatsuya,smoking next to him.He also reflecting on ''himself'' and uses that character as himself in chapter 118 ,for the first time).Also introducing this character after his manga was in the bottom of ToC (Table of Contents) for 3 weeks straight (Bottom 3,exluding one issue where one manga ended-axed,making it bottom 4 thoeretically which doesn't count for axed manga that had last chapter) which maybe led to what he did initially.And he doubted himself if his manga really needed ecchi/fanservice (for readers) while he himself has no experience of touching females in any given ''age'' and didn't have any ''act'' towards them with right/respectable/serious intentions anyway,hence why almost zero fanservice and no use of male MC for WSJ manga since it would be impossible to hide the desire to make male MC that would reflect his true self when he was younger yet didn't mentally change since then.Anime would only be promo because of the unusual nature of the manga for WSJ.They would want only ''Double Cast'' Arc animated in one-cour TV anime series and ''Prologue'' arc would be animated in JUMP FESTA SPECIAL or any sort of OVA.

Soulsfear Aug 5, 2020 9:23 AM
I read it from the raw ''Morning'' magazines (where's Giant Killing as well).Maybe it's because of that ''offer'' on that site that you have to pay to read it english that the one(s) that was/were translating before it stopped had to stop or something like that.Either you just have to pay or read the raws and then ask someone for summary or quick translation if you have some connections on social sites and such.I feel like there's not other option at the moment since Morning magazine is not really that popular from what I gathered over the years compared to other mags but maybe they wanted to change it via that offer you found about - to keep the mag alive since it has couple longrunning series that HAD anime but never got sequel.Anyway,senmanga in case you would want to check the raws out.Take care.
All Comments