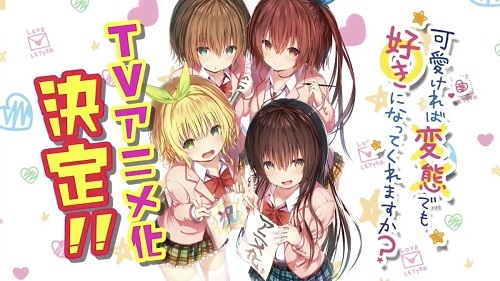 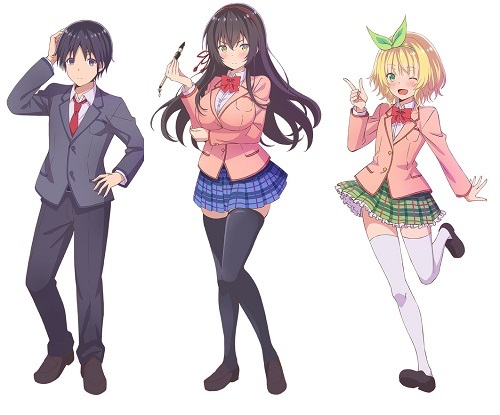 I've never heard of this light novel until it was announced? Yet Bottom-tier Character Tomozaki is still being ignored despite of its good reputation and fame.

Man, my memory is getting worse, I never thought that manga adaptation was in my 'plan to read' list... I guess it's time to read it

ah yes, how can i forgot about bakarina.

For those guys who are talking about this anime adaptation in a bad way. I dont blame all of ya because it has a pretty generic story or plot. Just the assertiveness got higher and some b*tch*es trying to get the mc. While on the other side if you find this pretty bad then dont bother watching this when the anime is released. Friendly Comment here :3.
(im sure there are peoples who are about to counter attack my comment)

there is no tsundere here, everyone has raging boner fetish towards mc.
yeah so much weird fetishes
those Ln authors are fucked up in the head

i mean it's fetish.. i don't kinkshame man.

there is no tsundere here, everyone has raging boner fetish towards mc.
yeah so much weird fetishes
those Ln authors are fucked up in the head

It's literal english title translation is something else.

This looks like a typical ecchi/harem show... which we kinda don't have a lot as of recently. Well I'll go and check honestly.

loolz said:
Why cant we have more isekai with a female protagonist...

This isn't a Isekai, there's many Isekai in LN with female protagonist and three of those will debut this year with anime adaptation.

the manga is very funny so glad this is getting adapted

there is no tsundere here, everyone has raging boner fetish towards mc.

I do not believe that anything good can come from a light novel with that kind of title.

I just found the manga a few days ago and went through a random chapter, gotta say this is not your typical harem anime. The mc is quite daring and does *stuff* to the girls, doesnt freak out in fact the girls are the ones who freak out when he pushes them too much. Overall gonna be a great watch, glad i didn't read the manga

Never heard of this one, will watch wince its down my alley though. Looking forward to some good laughs. Hope they get a good balance on comedy/ecchi.

I'm sure most people are going to write this off a typical ecchi/harem anime, and to an extent they're right, but if they stick with the manga some of the girls in this series will throw some curves balls at you that you won't see coming. It's also probably going to be way more out there and ballsy than most harem series.

Shouldn't the title's translation be more along the line of "Would you fall in love even with a pervert as long as she's cute?" ?

Regardless, not for me that one~

I'm sure... UN is watching you, watching this.