Director Yutaka Yamamoto has launched a crowdfunding campaign for a new anime movie on his new anime project announcement program via Nico Live on Saturday. Titled Hakubo (Twilight), the movie is slated for 2018.

Hakubo is considered the final project of Yamamoto's self-proclaimed "Tohoku Trilogy," which will focus on the youth residing in Iwaki City, Fukushima after the 2011 Tohoku earthquake and tsunami. The first project in the trilogy, Blossom, was set in Iwate Prefecture, while the second project, Wake Up, Girls!, took place in Miyagi Prefecture. The original novel that inspired the anime movie is now available in two-parts on the campaign's page.

The crowdfunding campaign is aiming to raise ¥‎15,000,000 (approximately US$133,756). Depending on the pledge amount, supporters of the campaign will receive a variety of privilege, including the original novel signed by Yamamoto, invitation to a pre-screening of the movie, a chance to speak to the cast, a bus tour in Iwaki, Fukushima with Yamamoto and the project's "cheerleader" Kaori Fukuhara, and an opportunity to name one of the characters from the movie.

Good guy Yamakan and great to see him back again. I hope he makes another anime series after the film. 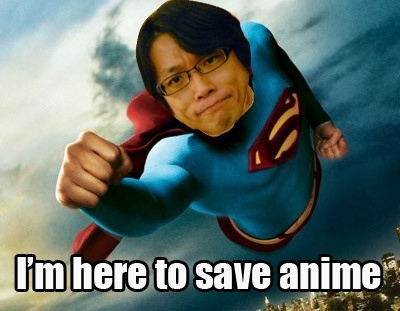 I wanna watch this :D Hopefully it gets funded.

I thought this guy retired...

Anyway, another Jesus (beside Miyazaki) came back to save the souls

DatRandomDude said:
Based god Yamakan is back again to bless us with his new creation.
He will save all of the animes again.

ZetaZaku said:
Hopefully whoever gets to name a character does something witty rather than a generic name. Even "Ketsuno Ana" tier would be hilarious as fuck.

Subjected to Director's approval though so doubt something that isn't shitty would come out.

Hopefully whoever gets to name a character does something witty rather than a generic name. Even "Ketsuno Ana" tier would be hilarious as fuck.

Must be nice to be able to name a character.

Based god Yamakan is back again to bless us with his new creation.