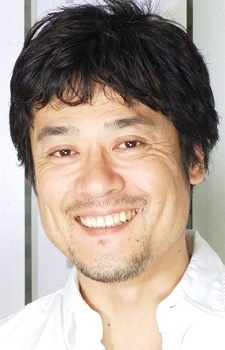 Air Agency has announced via Twitter and their official website that voice actor Keiji Fujiwara will be taking a break to undergo medical treatment. For privacy reasons, the medical condition being treated has not been specified. The duration of the seiyuu's leave is also unknown.

Keiji Fujiwara's current anime castings include Hiroshi Nohara in the long-running series, Crayon Shin-chan, and Kouichi Kizakura in Danganronpa 3: The End of Kibougamine Gakuen - Mirai-hen. Replacement voice actors have yet to be announced. The seiyuu has also been assigned to reprise his roles in Ao no Exorcist: Kyoto Fujouou-hen (Shirou Fujimoto) and Shingeki no Kyojin (Hannes) next year. Fujiwara's other recent anime castings include Leorio Paladiknight in Hunter x Hunter (2011) and Aldebaran in Re: Zero kara Hajimeru Isekai Seikatsu.

That news made me so so happy :)

Since Spiderman Homecoming won't release until August 11 over here, I hope he's still in time for the dub. It would be sad if he had to give up on Tony Stark....

Otherwise I guess Shin-chan will be the 1st series he will resume work on.

I feel all alive again. I'm so happy he is back I cried prayed a lot I wish he can be back for Youkai Apartment.

I wonder if it's because the Fujimoto that'll appear is younger or if they had to replace his va permanently.

I'm hoping it's the first case.

Shirou Fujimoto role for Ao no Exorcist: Kyoto Fujouou-hen will be replaced by Hiroaki Hirata.
http://www.ao-ex.com/news/?id=40721

That's really an unfortunate thing to hear. I hope his treatment will go well, and have a quick recovery. Great seiyuu.

I hope he'll have a quick recovery! Get well soon!

I really hope this legend recovers well and soon!

if this guy fucking dies

Hope he is fine. He is leorio and that dude in Gundam 00 and 08th team

Hope this legendary man gets well soon. His voice is weed.

I hope it isn't anything life-threatening and just another bump in the road :(

Oh god . I hope everything is alright . I can easily recognize his voice , he is one of my favourite seiyuu

I'm sad hope it's nothing serious. His voice my life source. Please get well soon.

Hope everything will be alright! He's one of the best voice actors...