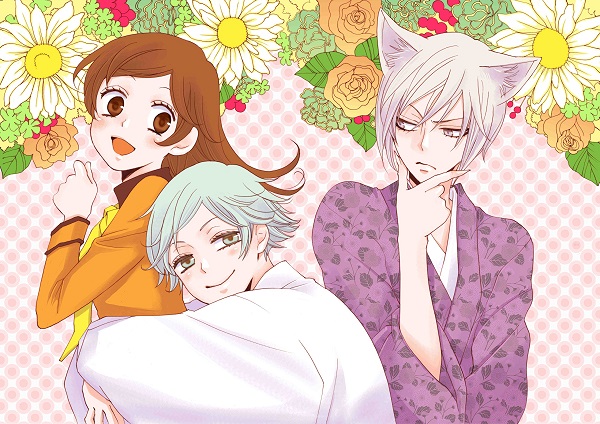 Hana to Yume has opened a special website announcing that the Kamisama Hajimemashita volume 25.5 fan book will include an OVA episode tentatively titled "Kamisama, Kekkon Zenya" ("The God's Night Before Marriage").

The episode is set at a time when both high school and Mikage temple's graduations are near. It follows Nanami, Tomoe, Mizuki, and Kurama as they spend time together before becoming separated. Pre-orders are being accepted through October 31, and the fan book will be released on December 25. The bundle also includes a 32-page special chapter tentatively titled "Sono Ato no Futari" ("The Two After That").

Julietta Suzuki began drawing Kamisama Hajimemashita in 2008 in Hana to Yume. The magazine published the final chapter of the series on May 20 in the 12th issue of the year.

I'm so happy!!! I'm looking forward to watch this ova!

yay! more Kamisama Hajimemashita in any form is always welcome, although of course I would have preferred another season

ToG25thBaam said:
I just realized the manga has ended. ): Wish there's another season of anime to animate the rest of the series.

Agree. It's sad it's ending (but happy how it ends.)

Even though I'm sad it's ending I have to admit I'm so happy they get such a happy ending. It's not often your ships get to be canon AND sail off into the sunset so sweetly, it's so so nice Tomoe & his Nanami end up together forever like they do. 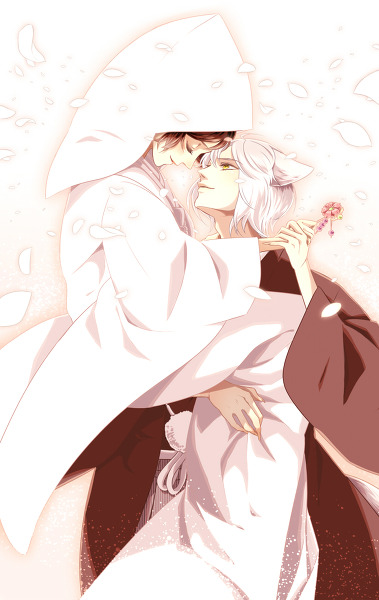 I just realized the manga has ended. ): Wish there's another season of anime to animate the rest of the series.

so very happy. haven't seen the OVAs yet but i love this show, it's so funny. i would love another season as well.

Well it'd be nice if they covered the ending of the manga since it's absolutely adorable and there's a lot more romance, but it seems they're doing an OVA for the ending.. :/ They could've pulled off another season but...eh. Guess they don't want to.

-dies- I gotta to agree with Nosebleeder, Tomoe for Christmas would be great :D

Anyways I wish they would've continued the series onto a third season not an Ova but oh well I'll still watch it for sure.

awwwwwwwww...
looks like I have to start reading the manga!!

More content, sweet. Based off the description though, is it basically like a end of the series (placing) OVA?

Or is it alternative timeline sort of thing? (Not connected to main story)

Another OVA episode, cool. I've been enjoying the previous ones so looking forward to it~