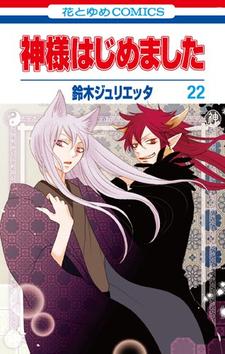 A scan from the upcoming 18th issue of Hana to Yume magazine revealed that Kamisama Hajimemashita will receive two new OVAs. The OVAs will be bundled with the series' 24th and 25th limited edition manga volumes, slated for Spring and Summer 2016, respectively. In addition to the OVAs, the series will also receive another musical adaptation, which will premiere on January 15, 2016 and run for a week.

Written and illustrated by Julietta Suzuki, the manga was serialized in Hana to Yume magazine in 2008. The series currently has 22 volumes published, with the 23rd volume to be released on December 18. In 2012, the manga received its first anime adaptation by TMS Entertainment. The series also received two OVAs in 2013 and an additional two in 2015, as well as a TV sequel the same year.

Great, I hope we get a 3rd season soon!

Doesn't seems like it has good chance of getting sequel.

Is it really that good ? I think they got 2 OVAs recently and it already got 2 others. O_O

EDIT : My bad, i thought that i saw something about OVAs but it was actually the sequel.

Amazing news ! I hope for a third season too since they don't seem to drop the series any soon. It's probably profitable which is a good thing, they do a great job adapting it too :D

hell yeah of course i will watch

I want to see a certain arc animated, but I hope this OVA isn't that, because I think that arc would be much better in in a season and more than two episodes.

Didn't they just got done having 2 ova. I wonder if there milking the franchise too much?

Also for some reason, I want to see Karakuri Odette get an adaptation.

I really need to start watching this.