by Stark700
Feb 3, 2016 4:40 PM | 27 Comments
It was revealed in the March edition of Jump Square magazine that the TV anime adaptation of Sousei no Onmyouji (Twin Star Exorcists) will premiere in Spring 2016. In addition, more cast, staff, and theme songs along with their artists were announced. 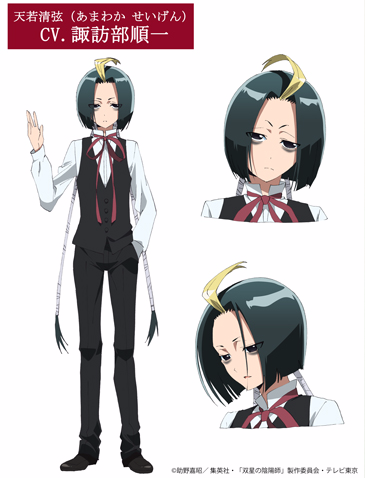 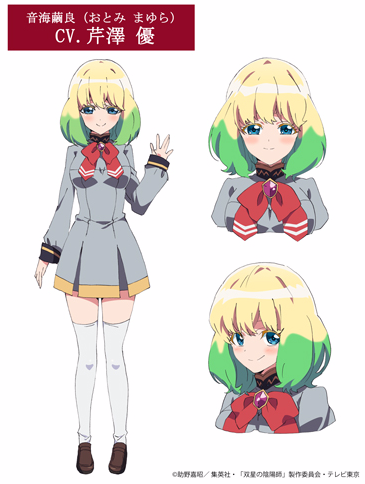 Sousei no Onmyouji is drawn by Yoshiaki Sukeno and currently has seven volumes in print, with the latest volume released on January 4. It has also been published in English by VIZ Media under the Shonen Jump imprint since July 7, 2015.

another spring show, spring 2016 is going to be a big season, liking the main character cast, another pierrot show, hopefully wont turn out as bad as divine gate

I just love it when studios announce their shows for next season six weeks before it actually begins. Brings a tear to this completionist's eye.

Looks great. Guess I'll give a try to the anime.

Tobinami said:
Masum_Beast said:
How was the Manga? The PV shows promise.
manga is good...
story is tragic...
it's one of the better shonen out there

I'll need to watch this then. Just hoping it would be good.

Masum_Beast said:
How was the Manga? The PV shows promise.
manga is good...
story is tragic...
it's one of the better shonen out there

Suwabe's character has some interesting hair.

How was the Manga? The PV shows promise.

I'll maybe pick up the manga, and if not, just watch the anime when it airs.

Totally thought they'd pick Kamiyan as Seigen since he's the same type as Levi in SnK. I even read the manga with his voice lol. Well, this could work too.

Not gonna have any expectations for this but will still watch it, probably.

Boku no Hero Academia vs Sousei no Onmyouji vs Big Order

Three BATTLE SHONEN in the next season, who's gonna win??

Neither, Jojo Part 4 is gonna destroy all

Interesting, this Spring is legit

Boku no Hero Academia vs Sousei no Onmyouji vs Big Order

Three BATTLE SHONEN in the next season, who's gonna win??

Oh yes! Two of my favorite seiyuus! I hope they have fun voice acting in this anime!

A lot of Spring titles for the season. I hope to see an animated PV soon...

@Mayuka My brother is reading this manga and when he showed me that character, I also thought the same thing. Turns out he's an adult, and has a child lol.

Z4k said:
Mayuka said:
Suwabe voicing a shota????????
Lol no the character is an adult.
Okay good
My first impression was that he was since the designs

keep screw it pierrot! lOl. even it fans abused me many times, now i feel bad for fans.
Mayuka said:
Suwabe voicing a shota????????
he is not shouta thou (even his face look like that).