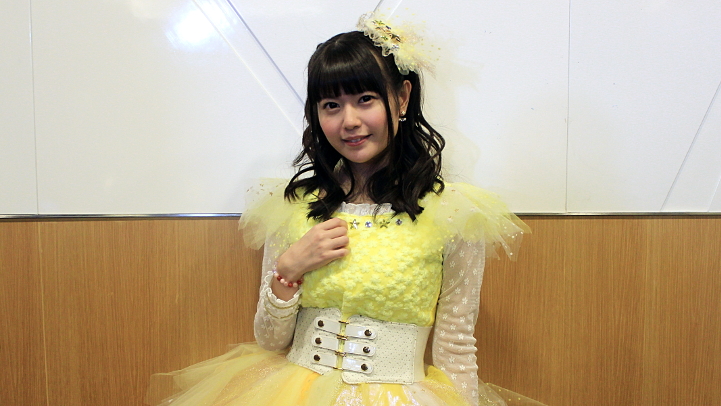 Voice actress Ayana Taketatsu returned to Anime Festival Asia in Singapore last week after six years. Since that appearance with the cast of K-On! in 2009, Taketatsu has become one of the most popular young voice actresses. She debuted as a recording artist with Pony Canyon in 2012 and has released seven CD singles and two CD albums to date.

What made you want to become a voice actress?

I've wanted to become a voice actress since elementary school. When I realized it, there was already manga around me at home—although it was mostly shounen manga because of my older brother. My friends at the time liked shoujo manga such as Bishoujo Senshi Sailor Moon and Cardcaptor Sakura, so manga quickly became a part of my life. I also watched quite a bit of anime.

Ever since having the thought of becoming a voice actress when I was young, the desire only grew stronger in elementary school. I thought it would be nice to work in something related to the anime industry, but up until around fourth grade I didn't know there was such a thing as a voice acting profession.

Many of the characters you play have a tsundere personality. Do you also have tsundere characteristics?

(Giggles.) Do I? Let's see... As you know, many of the characters I play have a strong personality—or, as you say, a tsundere personality—but as for myself, there are usually two sides to me. I can be pretty honest and straightforward most times, and I can also show some tsun tendencies.

That tsun side especially happens in front of my dad, when I can't always seem to be honest with my feelings. For example, on his birthday, I would just wish him a simple happy birthday and shove the present in front of him.

One of your most well-known roles is arguably as Kirino Kousaka in Ore no Imouto ga Konnani Kawaii Wake ga Nai. How do you deliver Kirino's lines with such emotion?

Kirino is a closet otaku who very much loves the 2D world. Viewers will already know that she isn't on very good terms with her brother Kyousuke. However, that relationship begins to improve little by little after he finds out about her hobby. Whereas Kirino wouldn't be as polite with Kyousuke before, she later becomes more endearing and shows more of her weaker sides to her brother. The theme becomes about how she tries to bring out a warm sibling relationship. I felt that I should bring out that aspect in the role.

Like Kirino, I'm actually quite an otaku myself. When there are moments where Kirino finds things cute or adorable, I would secretly chuckle to myself because I can definitely relate to it. 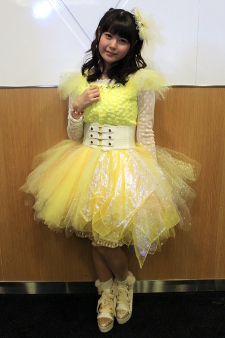 Aside from your tsundere characters, you have voiced other characters with very different personalities, such as Fuu Sawatari in Tamayura. How do you audition for these types of roles?

I'm actually not as tsundere as the many characters I have played; I have my soft sides as well. When I go for an audition, I look at myself and the stock of character personalities I have as a seiyuu. I look at the character and imagine how she was brought up and what environment she grew up in. I compare this information with my stock of personalities and consider which one would fit the situation best, and I try get into that character to the best of my ability during the audition.

Out of all the characters you have played, which one is your favorite?

I love them all! How do I choose one? All the characters I've played have become a part of me. Each one is like a family member and can't be replaced. However, the most memorable one is probably K-On!'s Azusa Nakano. I was able to come to Anime Festival Asia previously in 2009 as part of the K-On! event because of that. There was also the first live event [with the K-On! cast] that I performed in at Yokohama Arena, which can hold 15,000 attendees.

Since my debut, I've been given many chances to become active, so I'm very thankful. All of these opportunities—all the characters that I have played—make up the Ayana Taketatsu you see today.

You have been announced to play lead role in the Winter 2016 anime Dagashi Kashi. What can you tell us about that series and what to expect from the character you play?

I will play the role of Hotaru Shidare in Dagashi Kashi. Hotaru is the daughter of the president of a major Japanese confectionery company. She has a deep love for sweets, and she doesn't think about anything other than sweets. Hotaru's at an age when she can think about love and friendships, but she only focuses on how to best let people taste Japanese sweets. It will be an anime on her day-to-day explorations.

Between your singing and acting careers, which do you wish to expand on more?

That's a hard question! Both are very important to me. If you ask me to compare one against the other, it's pretty hard to choose one. Everything in my career so far has been built upon voice acting. Even though being able to sing has its own significance, it's very much linked to being a voice actress.

With that said, performing live in character is the only way I can meet those who are supporting me and connect with fans. Singing is a different expression from anime; it lets me create my own song and determine how I want to deliver it to everyone. I want to place the same continued importance on voice acting but also expand into singing.

What are the fun parts of being a voice actress? 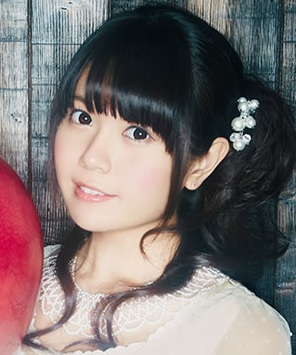 Ayana Taketatsu is definitely by far my favourite seiyuu. On top of that, both Apple Symphony and Colore Serenata are solid albums.

An interesting thing to note is that Azusa was both her's and her English counterpart's (Christine Marie Cabanos) first role. And in both cases, Azusa is still my favourite character that they've played even after all these years. Doesn't surprise me that Ayachi is so attached to her.

A convention I go to ever year in Sydney recently partnered up with AFA to bring I HEART Anisong to Australia. Fingers crossed she'll be a guest for next year's event. I would KILL to see her play live and get her autograph. Too bad they probably won't let me have a photo with her.

She's really epic. If you don't believe me watch Date A Live.

her best role will always be Io from PSO2

Hongu said:
Either way, I'll always know her as the seiyuu who screamed and moaned for 12 episodes straight in that wrestling anime.
Itai!

Ayachi is so damn cute <3

ultravigo said:
she looks exactly like my sister lol

are you her brother mentioned in the article?

Thanks arsonal, that was great!

Probably my favorite Seiyuu, mainly because of her roles Itsuka Kotori (Date A Live) and Kirigaya Suguha (SAO). She is really cute :3

Hongu said:
Either way, I'll always know her as the seiyuu who screamed and moaned for 12 episodes straight in that wrestling anime.

Her finest role to date, no doubt about that.

Hongu said:
Shouldn't this go on Featured Articles instead of News? This isn't news.
Either way, I'll always know her as the seiyuu who screamed and moaned for 12 episodes straight in that wrestling anime.
This is probably too high quality for the Feature Articles section to handle, would feel out of place.

Shouldn't this go on Featured Articles instead of News? This isn't news.
Either way, I'll always know her as the seiyuu who screamed and moaned for 12 episodes straight in that wrestling anime.

She's the one who voices Fuu? Never realized that, she's super different from her other characters, nanode~.

Hoppy said:
and this is why we need hugging events instead of handshaking events, she's very adorable.
I nearly fainted from her cuteness.