by Sakana-san
Apr 2, 2015 8:53 AM | 54 Comments
It was announced via the official Twitter account that the boys' love (BL) game Gakuen Handsome will be getting an OVA adaptation. The news was interpreted initially as an April Fools' joke, in part due to the game being considered an infamous parody of the BL genre; however, publisher Tohoku Penet confirmed today that the announcement was legitimate. Titled Gakuen Handsome the Animation, the anime will be released on DVD on August 28. Animation production will be done by the game's developer, Team YokkyuFuman, under the supervision of Tohoku Penet. 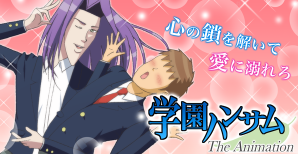 Synopsis
The protagonist is an unnamed seventeen-year-old boy who transfers back to the city after a seven year absence and enrolls in a prestigious all-boys school which takes pride in being the best among its prefecture. Changes are going to be made in his life, surrounded by faces both new and old. (Source: VNDB)

In 2010, the game was released for both Windows and Mac computers. It was then ported to iOS and Android systems in December 2013.

Just the picture alone is giving me Ishida to Asakura vibes.

is this a parody of Gakuen Heaven?
anyway it looks funny so I'll check it out

YEEEEEEEEES!!!!!!!
I love this game
I hope Hatoful Boyfriend also get an animation, that would be awesome

This is....something. I am both amused and curious. Dat chin!

I think my eyes burn.

I love parodies, I'm in.

Dat chin tho! I can't stop laughing at it!

Well, I really hope this is for real. I always wished for an anime adaption of this ridiculous game :D

I don't believe in a prank anymore. Though the day of the annoucement (1st April) and the date of the confirmation (2nd April) are indeed a bit suspicious. But one 'coincidence' made me think this was real from the start: a few weeks ago the holder of the rights of 'Gakuen Handsome' blocked a video of the intro on youtube after years(!) of showing no interest in it. So I already thought back then that they probably are up to something with the project. Maybe it's a mere coincidence, maybe a case of slow lawyers or something else. Who knows? I myself hope we will get the Ova in August!

The Game deals with almost every Yaoi/BL stereotype:

- set in a prestigous 'all boys' school
- pointy (very, very pointy) chins of the characters
- the characters themselves are nothing but stereotypes:
1. the nameless MC: naive, blushes all the time, easy prey for the seme
2. Student Council President: of course a megane, has this weird Midorima lucky charm of the day fetish
3. the 'long time no see' childhood friend: naturally in love with the MC
4. Gay Teacher: offers special education, dances Samba (in a matching outfit), poses nude for the 'Art Club'
5. The Soccer Club President: the one in the Key Art illustration
6. A myterious Exchange Student: I won't spoil you, but his got a 'mission', likes cats (the animals :D).

Not sure if to take seriously! Animate OVA reservations only and no other shop. DVD ranked first with the pile of reservations!
The game is there to make fun of BL. Animation by the same game studio means same art and voice acting.
Those pointy sharp chins can kill you. The longer the chin, the more handsome serial killery.


GarLogan78 said:
What happened to PrimeTime and those studios that would animate BL OVAs that actually had action in them?
I'm surprised PrimeTime can still survive. The lack of projects makes me forget this studio even exists.
Their sister studio parAdI Ce is animating No,Thank You!!! No word at all on how they are progressing.
The other studio animating adult otome games stopped their Trick or Alice updates. It wasn't even this bad with KurotoKin.

And the title is "Gakuen Handsome" ahahaha.

Sakana-san said:
The news was interpreted initially as an April Fools' joke
...Thought so as well...

How long have we been waiting~! This will be awesome~ ∑d(ﾟ∀ﾟd)

Now I need a Hatoful Boyfriend adaptation and I'll be happy forever. 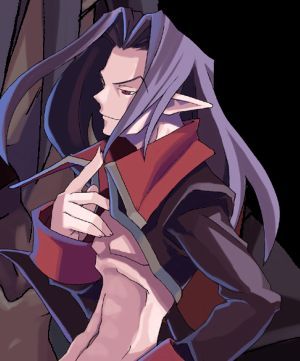 Vindstot said:
iLostReason said:
CaptainZoro said:
Edit: oh gawd....no, btw whats up with dat purple hair dudes chin.....it looks like he could stab someone to death >>
Funny thing is that it actually stabs someone (found this on different forum and people say it's legit) :
[img]https://moeblob.files.wordpress.com/2013/07/sakuya.jpg[/ img]

That looks disturbing.. If this is actually from the game, wonder what type of people would enjoy this.
People who like parodies, duh.