by dtshyk
Oct 21, 2012 10:25 PM | 27 Comments
According to the official website, the sixth episode of Mobile Suit Gundam Unicorn was announced to be premiered and pay-streamed on March 2nd. The subtitle is "Sora to Hoshi to (Space and Earth)".

LayedBack said:
I haven't actually started this series yet but good to know they're finally close to completion; they are really taking their sweet time on this but I guess that's for the best.
It's already taking 4 years, and possibly 5 years if they want to release ep 7 next year. It's no guess to know that it IS for the best because you don't see top quality animation budget laying around just to do the project from start to finish in an instant.

It's better to get started now just so you wouldn't have that trouble of not being able to watch the last ep if anything whatsoever happens. Plus, it's no fun not being as excited like the rest of us who had to wait a damn year ever since the cliffhanger from ep 5.

I haven't actually started this series yet but good to know they're finally close to completion; they are really taking their sweet time on this but I guess that's for the best.

Man, this is hard to wait for. Just watched Episodes 1 to 5 in a straight run, now I've to wait a whole month for the next episode and probably much longer for the last one. FML. Should 've watched it when all of them were out. I strongly recommend that option for people who haven't started watched this~!

WOO!!! Is that a green Unicorn I see?!! :D When it happened at the end of ep5 I could barely contain my excitement ^_^ I also cant wait for the next episode to be released, I cant get enough of the animation quality 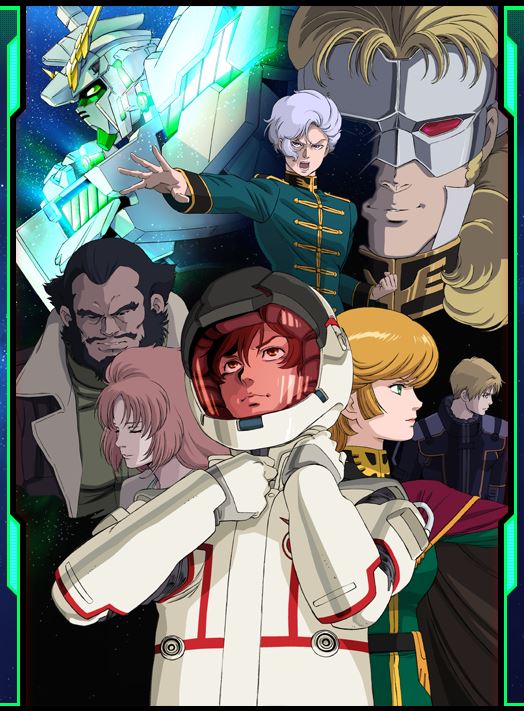 Good to finally see a date - too bad it's 4-5 months off. I think I'll rewatch the first five episodes sometime before release.

Kurini said:
Roloko said:
Won't watch until all the episodes are released.

Bingo. Until then, I'll continue to be in the dark about it and I'm okay with that.

Shit... I don't wanna wait till march but guess ya gotta do what ya gotta do.

Computer or TV can't handle 720 or 1080p?
The TV can, but I don't have (or want) a Blu-Ray player. The computer doesn't have a player, either, but can still run the resolutions.

Plus it's ten extra dollars I don't want to spend since I can't tell the difference between DVDs and Blu-Rays anyway.

Hopefully Bandai will release part 5 and 6 together like their other DVDs of Unicorn. If not, a three-part bundle with part 7 when all's said and done.

You need to get your facts straight and I think you are just blind to them.


Xpwn3ntial said:
Roloko said:
Won't watch until all the episodes are released.
On DVD. You hear me, Bandai? None of that Blu-Ray only crap that part 5 had.

Obvious troll. You can't deny product values of Unicorn are top notch. Deal with it. Besides it's a great culmination of whole UC.

Best shine on big 1080p screen. Cannot wait. I think I'll do a rewatch or two until march.

Roloko said:
Won't watch until all the episodes are released.
On DVD. You hear me, Bandai? None of that Blu-Ray only crap that part 5 had.

who gives a shit. unicorn is overrated crap anyway

kinda far but worth the wait

Roloko said:
Won't watch until all the episodes are released.