Manga Aki-Sora To Be Discontinued Due to Incestuous Contents

by dtshyk
Apr 22, 2011 1:07 AM | 120 Comments
According to the twitter of Itosugi Masahiro, the first and the third volumes of manga Aki-Sora will be discontinued this July. Itosugi said those volumes have been censored due to the descriptions of incest. He stressed that obscenity was not the reason for the censorship.

He said it's a great loss for the manga culture that one of the motifs has been banned as a result of the Tokyo's ordinance.

there's alway yosuga no sora for those who are looking for incest themed series (sex scenes btw) , also koi kaze

lame. So shameful to cut someone´s freedom of expression.

Onibokusu said:
It's like you don't know that there'll be a label along with the 18+ rating stating as to why it is 18+, as is standard with absolutely every rating system on Earth. Stop trying to make it look like you understand the situation, when you actually don't.

Actually, I think you should probably "stop trying to make it look like you understand the situation, when you actually don't."


Onibokusu said:
Hm? I wasn't implying anything. I quite clearly stated that he didn't understand the Youth Ordinance Bill. Aki Sora would have '18+' with 'may contain explicit incestuous content' on the back.

There's nothing to not agree with, considering it's not an opinion and a matter of facts.

Did you even read the article?

Well from what I read on Mangafox forums it seems that 1-30 has already been published, but chap 21->23 didnt get translated it skipped straight to 24 and 25, seems you can find 25->30 online but unscanned.

And this story is somewhat weird, random, makes no sense, but its pretty good, in a way, tho there is too much random sex for no reason and it not being a H manga...tho Im a fan on Wincest so really like the twincest *-*

ayeyosteven said:
Wait, so future chapters will not be published anymore? or the ones that were being printed already.

Wait, so future chapters will not be published anymore? or the ones that were being printed already.

madaodono said:
Borjoyzee said:
Again, nothing of value was lost.

Ehhh WTF! So what exactly is "of value"? I guess it is tentacles for you.

Ishithard is a god damn hypocrite.

Borjoyzee said:
Again, nothing of value was lost.

Ehhh WTF! So what exactly is "of value"? I guess it is tentacles for you.

Ishithard is a god damn hypocrite.

Mr. I should just let things happy, restrictions to buyers i can understand but he didnt need to close down the whole works.


First they came for Aki-Sora,
and I didn't speak out because I'm not into incest.

Then they came for the Seikon no Kwaser,
and I didn't speak out because I wasn't into ecchi.

Then they came for anything with fanservice
and there was no one left to speak out for me.

Er... what are you basing this assumption on? Because I've been to bookstores in Japan, including Kinokuniya, and there's definitely lots of 18+ (shrinkwrapped) books on sale. Very visibly, in the case of 18+ BL titles - there were displays among the regular manga at the front of the store, and so on.

Goosey said:
What? No more incest? 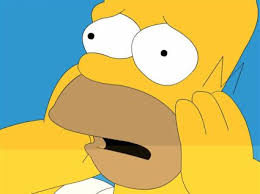 What? No more incest?

xzomega said:
seiyuu said:
Manga Aki-Sora To Be Discontinued Due to Incestuous Contents

What's there to misunderstand?

funny you said that yourself lol. i'll re-quote the comment for ya

The title of the thread is misleading.The Aki-Sora manga is already completed what's discontinued is the PRINTINGS OF THE MANGA VOLUMES.Manga's itself has ended in the 25th volume of Champion RED Ichigo magazine on April 5.
Also there is still possibility that the manga volumes will be published with an adults-only stamp.

You can read the full (and true) news here : http://www.animenewsnetwork.com/news/2011-04-21/2-aki-sora-manga-books-to-no-longer-be-printed-after-july

Aki-Sora's not really going to be discontinued yet (although it's heading there), just that volumes 1 & 3 won't be reprinted.
OK you got me.

I figured I could get away with posting something after reading less than 5 responses and still seem to be as insightful as the average post in this thread.

seishi-sama said:
And nothing of value was lost.

I'd have to agree.... the story was pretty awful and it had way too much random sex.

still should be canceled because it sucked and not because of incest.

FOE-tan said:
Onibokusu said:
FOE-tan said:
"contains sex/nudity involving children", because it does contain some, with the first example in Bokurano being in Mako's character arc, but it isn't explicit and only plays a minor role in the story. Will the label account for that? Probably not.

There's a difference between 'minor', 'implied' and 'explicit'. 'Involving children' wouldn't even be brought up, it'd most likely state 'may contain mild nudity', but only on said volume it appears it. It'd hardly make it hit the 18+ rating.

Well, it looks like we have some common ground at least. Now that we have established that implied sex or nudity perhaps shouldn't make something 18+ on its own, I can now get to the point.

It may not be (and probably isn't) the main intention of the bill to do this, but as a side effect of its enforcement, publishers will probably start to be a lot more cautious about what they publish as a result, and any manga that could provoke the slightest bit of controversy due to child nudity or implied sex involving children will probably get rejected or watered down when it probably shouldn't be.

That's the main point I have been trying to get across. Take it or leave it. If you disagree, fine. Everyone is entitled to an opinion, and that is mine. But really, only time will tell how this bill affects the industry.
Very well said, I think you share the same view I do in regards to the bill. The bill itself isn't banning the sale of anime or manga but it may lead to publishers censoring and/or discontinuing a lot of projects due to the increased risk in sales. Let's not forget they aren't just sticking a rating on the product. The 18+ rating would also mean that the product is immediately banned from family stores or any place where kids can easily access them. Esentially they would be sold alongside hentai as if they were one and the same.

Also, many people tend to forget it but the bill isn't judging adult material just things dealing with sexuality. It lumps a lot of things under a vague term which esentially allows them to pick and choose what topics are "dangerous" for children. It is very similar to the law they tried to pass in California where they ALSO wanted to judge deviant games and the justices pretty much said "so what do you consider deviant" because the word is not clear cut. Everyone has a different opinion of what is deviant or dangerous.