Joukamachi no Dandelion was originally published as a four-panel comic strip manga and featured by Houbunsha’s Manga Time Kirari Miracle! magazine. The light hearted manga was written and illustrated by Ayumu Kasuga, with her first volume published in June 2012. By July 2015, the manga had an anime adaptation produced by Production IMS and directed by Noriaki Akitaya. 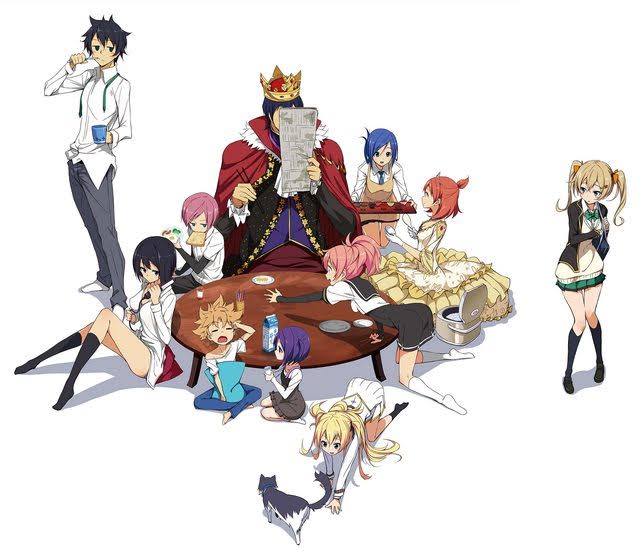 The manga/anime incorporates themes of comedy and school life for the nine siblings of the Sakurada family. This royal family spend their day to day lives as regular citizens, as per the queen’s orders. As part of the royal family, all siblings have a super-power, which is a distinguishing trait to those with royal blood. These distinguishing abilities include: Gravity Core (Akane), Absolute Order/Invisible Work (Aoi), Transporter (Shū), Heaven’s Gate (Kanade), Lots of Next (Haruka), All for One (Misaki), God Hand (Hikari), Limit Over (Teru), and Soulmate (Shiori). Our shy beyond belief princess Akane, fourth child of the family, is the focal point of the series. 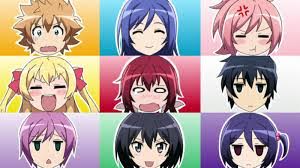 It’s Aoi’s last year of high school, the pre-determined time for the election campaign to begin. A running poll occurs each day that rank the siblings popularity in the country. The ranks go from one to nine as follows: Aoi, Kanade, Akane, Shiori, Hikari, Misaki, Haruka, Teru, and Shū. To begin, Aoi does not necessarily mind becoming king, but having the extremely dangerous ability Absolute order, she feels that she is unfit to rule. On the other hand, Kanade strives the most out of all her siblings to become the next monarch. Her goal to enhance medical research drives her to these great lengths. In the beginning, Akane does not wish to be king, but after realizing that she would have the authority to abolish the town surveillance cameras, she was on board for the campaign. Shiori, the youngest of them all, has no desire to participate in the campaign, yet her adorable persona gains her popularity points throughout the town populace. On the other hand, Hikari’s main motivation for the position of king is the popularity she would gain with the help of the crown. Misaki does not initially enter the campaign whole-heartedly, not certain of her outlook as the next king. It’s when she reflects on her true desires that she truly starts to compete for the crown. In the same regards, Haruka does not wish to be king, suggesting that he would like to be an adviser to the king. With this in mind, Misaki gains more spirit, hoping that by becoming king she can keep Haruka by her side. Teru does not have any motive or goal for becoming king, but after watching his siblings giving it their all, he feels the need to try to make his presence known. Lastly, Shū sets himself apart from the others by not truly campaigning and just offering his support. After overcoming his concerns, Shū joins the campaign, giving his siblings a run for their money. With the crown at stake, just how will these siblings outperform each other? 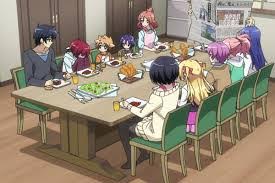 Akane struggles against her shy demeanor, but her strength shines through as she starts to campaign in front of the public. Aoi tries to support her siblings from the sidelines, not wanting to put herself out as a contender for the throne. Shū’s feelings hold him back as he struggles between the girl he loves and the royal palace. Kanade’s distractions of her past drive her to move forward as efficiently as possible to correct her mistake. Haruka singles himself out as a support beacon to the king, wishing to become the advisor to the next successor. Misaki fights for the sake of the country, as well as to retain Haruka by her side. Hikari strives for the spotlight as she looks forward to the popularity that the crown would bring her more than the responsibility. Teru hopes to gain strength and protect his family, only acting as a contender to those ends. Lastly, Shiori looks out for her siblings not interested as a serious contender for the throne. As the year wears on, all siblings take notice of the others campaigning efforts, which enhances their spirits towards their own campaign efforts. Trials and tribulations follow the nine siblings as they continue their fight to the throne. Some simply do not possess the motivations, while others will fight with all their might to become the next supreme ruler. All nine siblings are eligible to become the next monarch, but with an age range of five (Shiori) to eighteen (Aoi) just who will be the next king? 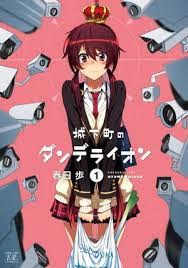 One of the unique charms of the anime is its contrast between the cute and serious. Akane’s demeanor lends itself to her cute persona, where she’s incredibly shy in front of cameras and people. Not only is she shy, but she has a fanclub dedicated to gazing at her when she’s caught in her own embarrassment. On the other hand, Aoi’s tender, caring attitude support a raw sincerity felt towards the town populace and her siblings. Her go with the flow personality and helpful demeanor lend her popular points. Another serene aspect of the anime is its incorporation of the younger siblings. Hikari is caught between the ages where she’s almost grown up enough to take the campaign seriously, but still young enough to only focus on the popularity it would grant her. On the other hand, Teru is young enough to want the chance to become stronger and help his family, while Shiori is mostly concerned about the interactions between her siblings. The cute takes a turn for the serious as shadows of the past illuminate over the Sakurada children. Kanade, and her twin Shū, share a pivotal moment when they were children. An accident injured Shū’s legs, taking away his dream of becoming a professional soccer player. Although Shū forgives her, Kanade feels she must correct her past mistake in order to make up for the incident. Another pivotal moment plays out as Misaki doubts herself, wondering if her clones are needed more than she is. Her clones are constantly wanted for various clubs around the school grounds, but no one ever seems to want Misaki herself. Downcast and put out by this, Misaki turns to Haruka who reminds her that he needs her, as well as the rest of the family. As the scenes play out, the charming and tragic perspectives of the Sakurada family intertwine to form a fresh take on the anime world. 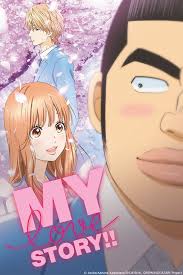 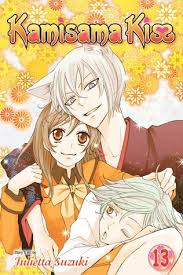 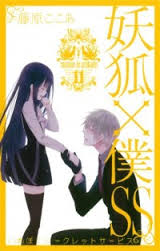 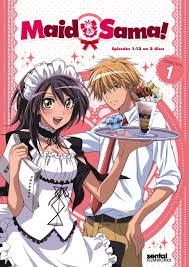 If you’re looking for anime similar to the unique structure of Joukamachi no Dandelion, look no farther! Ore Monogatari!!, also known as My Love Story, is an anime based around first year high school student Goda Takeo, and his girlfriend Yamato. It’s a freshly styled love story that captures the trials of a new love, with dustings of intense reality thrown in. Goda’s best friend Suna guides him through the ramifications of a first love. The mix of love and friendship produce a sweet atmosphere throughout the anime. Kamisama Hajimemashita, also known as Kamisama Kiss, revolves around schoolgirl Nanami who becomes the Earth Deity of a shrine. After losing everything, Nanami has no choice but to fumble around in a world she can barely comprehend. This anime includes everything supernatural, plus a love interest that spells trouble for the heroine, whose inherent strength spins a provocative tale. Youko x Boku SS, also known as Inu x Boku Secret Service, revolves around a mansion inhabited by the supernatural. Riricho, the heroine, wants to live on her own, independent and unprotected. She gets one of her wishes, allowed to reside in the Ayakashi Kan mansion where she is assigned a secret service agent. She wishes to live a lonely existence, not wanting to hurt anyone with her hateful words, but maybe the other residents will be able to change her mind. Kaichou Wa Maid-sama, or simply Maid-sama, is an anime revolving around a tough-as-nails student council president of a recently transformed all male school. Now that females are allowed to attend, Misaki focuses on making the school female friendly with the intentions of drawing in freshman females. With her super-human strength, Misaki will stop at nothing to reform the school and assert her presence. However, her life takes on a new definition as popular schoolboy Usui Takumi learns her secret. Will she be able to maintain her perfect image, or will Usui expose her? 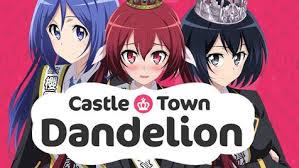 Do not hesitate to give Joukamachi no Dandelion, or any of the other aforementioned anime above, a chance at invading your life. A cool dash in your anime circulation is sure to get you motivated to watch some new genres, or even add these titles to your expanse collection. It is not simply the refreshing innocence of the anime, nor is it the vast qualities of ‘cute’ that make up the anime’s atmosphere. It is the inner-anime spirit in you, that’s telling you that right here, right now, is the right time to take the chance and invest your time on this anime.