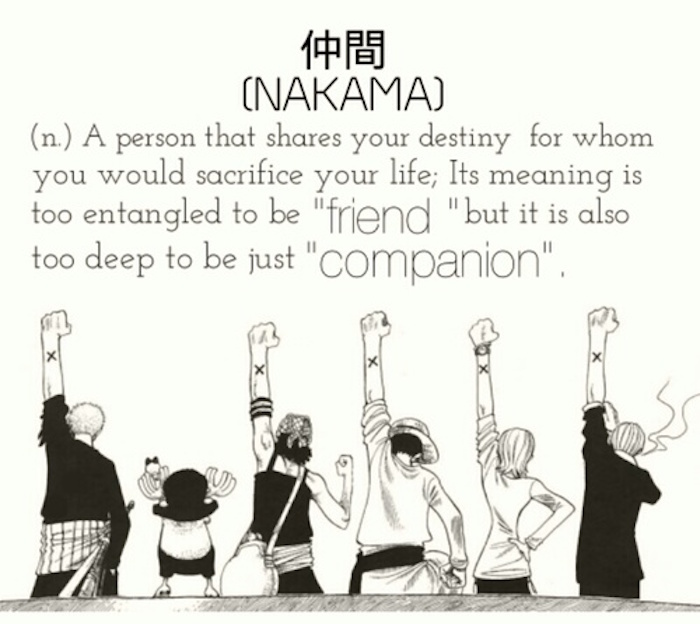 Nakama is a Japanese word for “companion”, “comrade”, “friend”, or “mate”. However, for fans of shounen anime such as One Piece, nakama has come to mean something like "friends who are closer than family". Although the word does not seem to have that meaning in its original Japanese, it has come to take on that meaning for the English-speaking anime fandom. You can read more about its history here.

One of the reasons for its popularity is that anime, and shounen anime in particular, seems to put a great significance on the bonds created between otherwise unrelated people who share a common goal, or destiny, if you will. From the close bonds of Luffy’s crew in One Piece, to the teacher-student-teammate relationships of Naruto, to the antagonistic but probably-more-realistic crew of Cowboy Bebop, it’s clear that non-familial relationships can be just as important, or even more important, than familial relationships in anime. 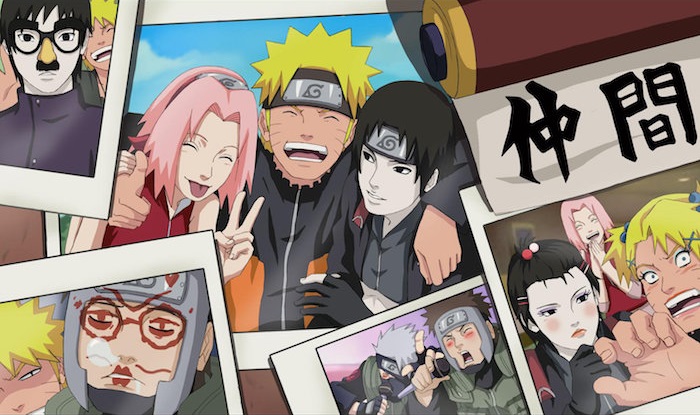 It’s very easy to find more examples of nakama-centric anime: Fairy Tail, Bleach, Claymore, Attack on Titan, Dragon Ball and its sequels, Yuu☆Yuu☆Hakusho, Gintama, Outlaw Star, and Samurai Champloo all feature characters who, through various circumstances, form eclectic, family-like groups. No matter how much they claim to dislike each other, they are still willing to die for their nakama. Such bonds seem even deeper and more influential than the bonds between family members. In fact, in many of the above examples, the characters have no family of their own. That’s why, when they finally come together to form makeshift families with their nakama, they prize those bonds so intensely.

Someone has killed a character’s nakama? That character will inevitably power-up from his or her grief and anger, and defeat their nakama’s killer—all through the power of friendship. No wonder this trope is so popular with shounen anime creators!


The Case For Making Your Own Family 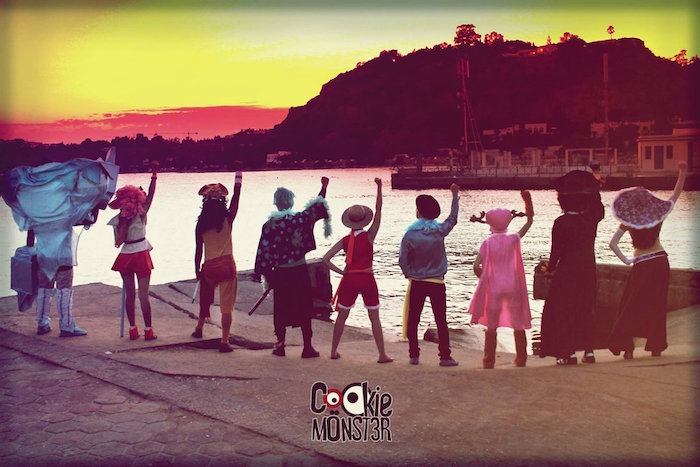 The concept of nakama is popular with fans for other reasons. One theory I have is that we anime fans often fantasize about finding our own nakama. When we see the amazingly close bonds that are formed between characters in anime, we want that for ourselves, and that’s why we care so much about the characters and their relationships. Maybe, in real life, we don't have the greatest families, or our families don't support us, or there's a lot of pressure within the family to live a certain way. In anime, nakama are brought together, not by the water of the womb, but rather by the blood of the covenant—by choice and commonality—and thus, the bond is special in a way family relationships can never be.

Even if initially forced together by circumstance, nakama choose to stay together, no matter what. That’s a very powerful manifestation of one of the key desires of all humans—we all want to fit in, be understood, be supported. We want to be included in a group where our most important people also view us as their most important people.

Nakama, in anime, not only replace the traditional nuclear family in terms of support and love, but also go one step further because they are unconditional relationships. Families inherently have a power dynamic involved, wherein children seek their parents' approval, and parents either give or withhold it. With nakama, however, you don't have to worry about that—your nakama will always have your back. That's why the term nakama has taken on such a special meaning for anime fans, regardless of how it is used in the original Japanese. 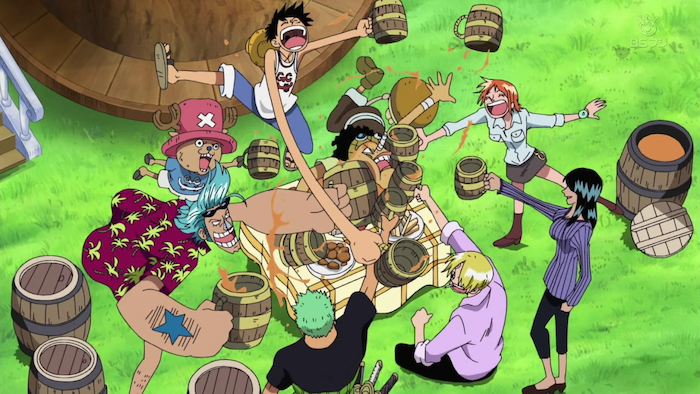 It's no coincidence that so many anime characters are so...well, weird. The way they look, the way they act, the nature of their most important relationships—they're freaks, you might say. Misfits. Outcasts. Yet, within the special group of people that form their nakama, they are completely accepted for being themselves. They don't have to change to fit in. For anime fans in particular, who are often ridiculed for having interests that are outside the societal norm, it's heartwarming to see that characters who are so abnormal/deviant/atypical can still come together and form such strong bonds, with people who truly understand and accept them.

Anime may be ridiculous at times. It may be clichéd, badly written, or even just plain stupid. But still, we keep following our favorite characters' odd adventures because we care about them, and about the friendships they form along the way. When they profess their love for their nakama, when they say they would do anything for their nakama, even die for their nakama — we believe them. We feel touched by the strength of their bonds. We laugh, we cry, and in the end, our worlds are a little bit brighter, a little bit more hopeful, for the idea that our nakama are out there, somewhere, waiting for us. These powerful words from Jaguar D. Saul, from One Piece, say it all:

"You might be alone at the moment, but someday, you'll definitely find nakama! ...The sea is vast. Someday, without any doubt, nakama who will protect you will appear! No one is born in this world being completely alone! ...Go meet the nakama that are certainly waiting for you somewhere on the sea!” 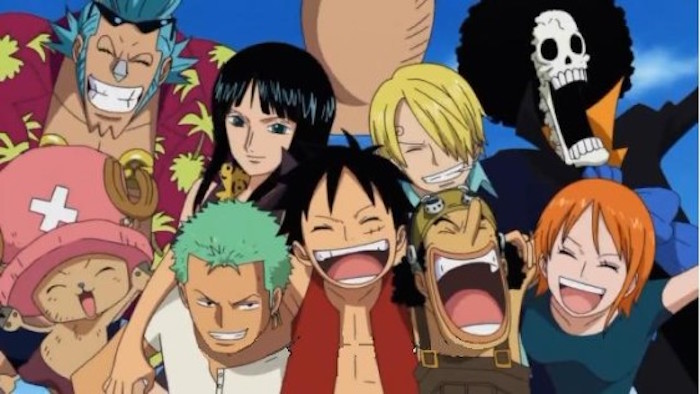