Let's take a look at some of the highest rated and most popular sexy anime to date. Don't worry, we won't tell anyone what you were looking for!

What is sexy anime, or ecchi anime? To put it simply, any series that contains consistent content of a sexual nature: panty shots, excessively revealing costumes, risque sexual situations. But what does all this amount to? Is it simple titillation or are they actually artful celebrations of sexuality? Who knows (we're leaning towards the former), but at least when you go into a series knowing it's an ecchi anime, there's less to complain about when fan-service rears its...sexy head.

The thing is, a lot of the shows featured below even have engaging storylines and really memorable characters! The best ecchi anime uses sex appeal intelligently to compliment the writing...and then again sometimes it's just mindless oppai fun. 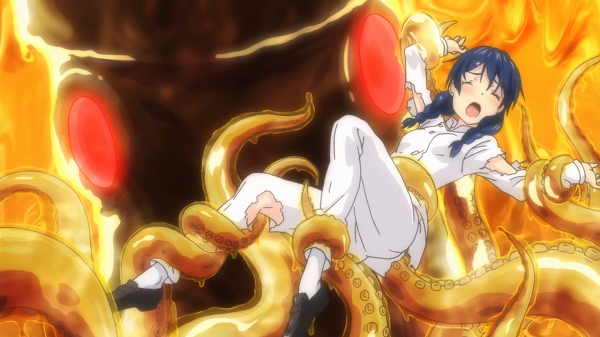 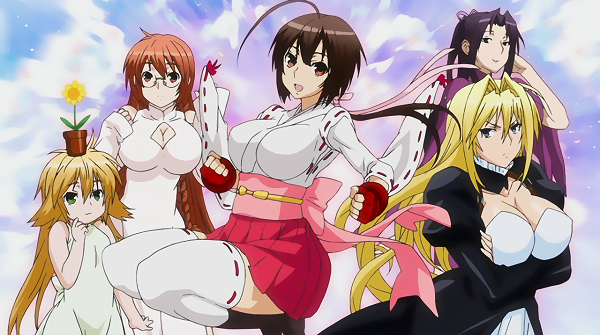 Sekirei are humanoid beings with extraordinary powers. In order to harness their full potential, they must kiss a special human and form a partnership with them. The protagonist is one of those special humans and since there's no limit to how many sexy Sekirei you can form a bond with, he decided to make himself a harem. 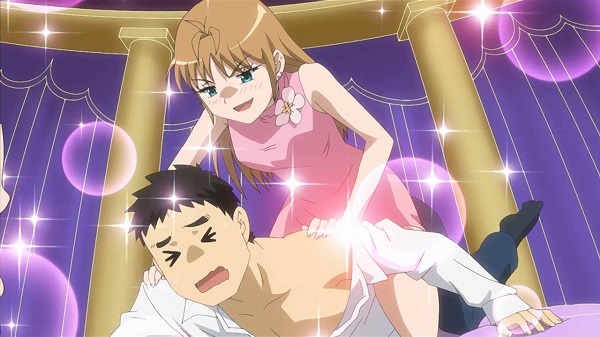 Yamada will need to start with easier prey before fulfilling her dream of having steamy casual sex with a hundred men. She didn't know what she was getting herself into when she chose Kosuda as her target! As for Kosuda, he'd gladly do it if not for his extreme shyness always getting in the way. B Gata H Kei will surely make you cry of laughter as this inexperienced couple tries all possible ways to have each other's first time. If you're looking for a great ecchi anime without harem elements, this is the one to check out. Welcome to Disboard! A world where every war, fight, conflict, or even a tiny squabble is settled by playing games. A gamer's paradise filled with 16 different races and a gaming god named Tet. For the legendary gamer siblings Sora and Shiro, mysteriously ending up in this world is not that bad at all. These OP MCs are so relaxed about it all they even make plans to overthrow Tet and become the new gods of Disboard. So where's the ecchi part? Stephanie Dola, that's where. 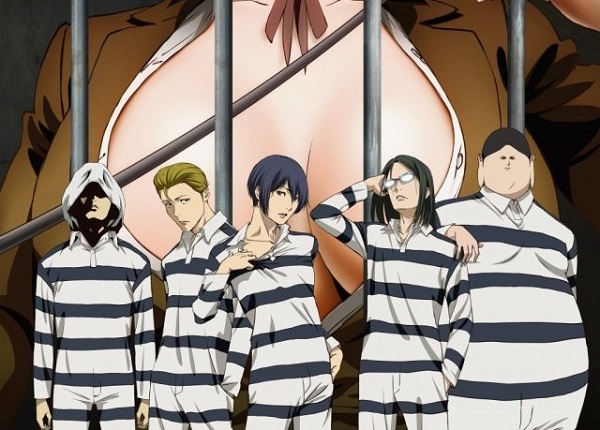 Would you throw away your freedom for a chance to get surrounded by sexy high school girls? If yes, boy do we have an anime for you. Prison School follows the life of the first five males enrolled in a previously all-girls school. After getting caught peeping in the girls' bath, they were imprisoned for a month in a special jail on the campus. This anime will make you cheer for these immoral perverts who find themselves, among other things, subjected to some pretty painful - yet sexy - fetishes. 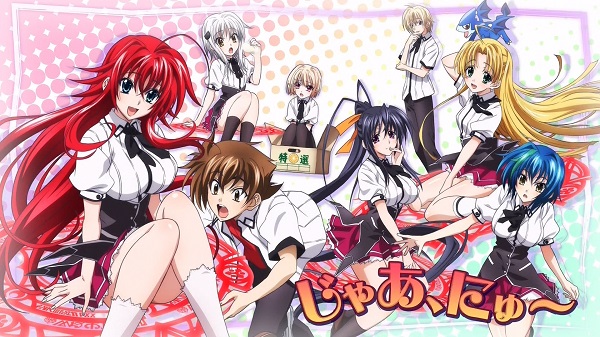 Issei was asked out by a beautiful girl only to get brutally killed by her at the end of their date. As things seem to go dark for him, he is suddenly given a second chance by the sexy Rias Gremory who turns out to be a high class devil in disguise as the president of the Occult research Club. In addition to joining the club, Issei becomes her servant in exchange for the life she gave. Now he's spending his second life forcefully stripping girls' clothes and forming a harem consisting of Rias and the club members. How ecchi of him. 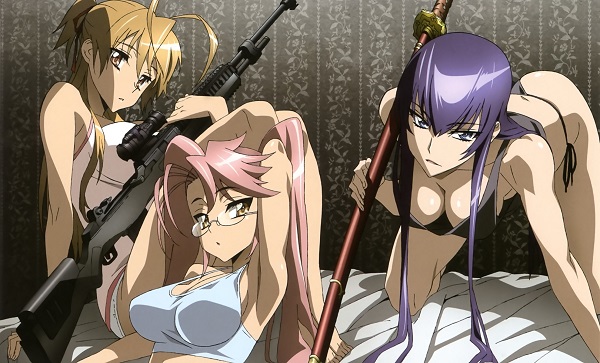 Highschool of the Dead is an anime that mixes sexuality with a zombie apocalypse scenario. It asks the tough question of whether it's worth constantly fighting zombies if you get to always be surrounded by ridiculously sexy high school girls. The closest thing to a pure action ecchi anime you'll get. 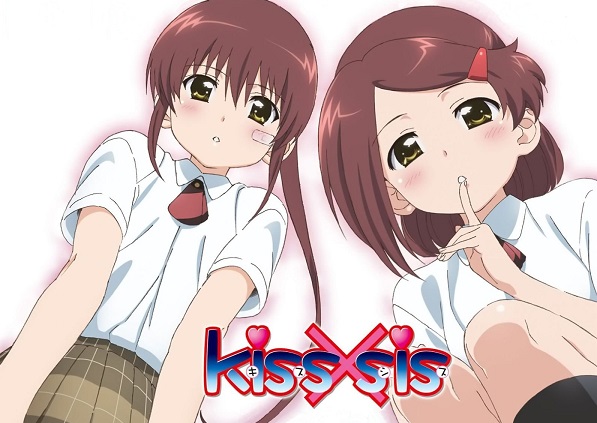 A story with two older step-sisters and an innocent little brother sounds oddly familiar. In Kiss X Sis, Ako and Riko get attracted to their brother in a sexual way. What happens next is, well, kind of obvious if you've ever seen a harem anime before. 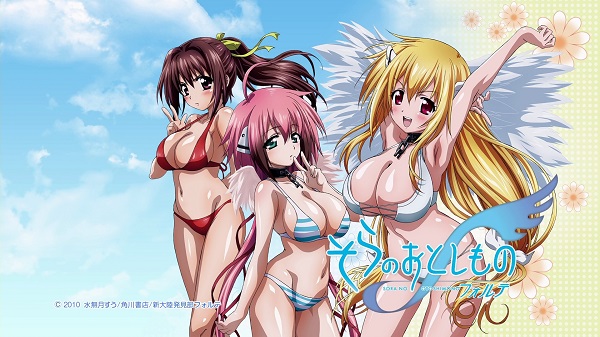 Sora no Otoshiomo focuses on Tomoki Sakurai, a perverted high school boy whose motto is "peace and quiet is the best". All things were normal in his life until one night a sexy angel fell from the sky and decided to be his servant. From then on, more girls arrive - and a lot of flying pantsu too; the best kind of ecchi. 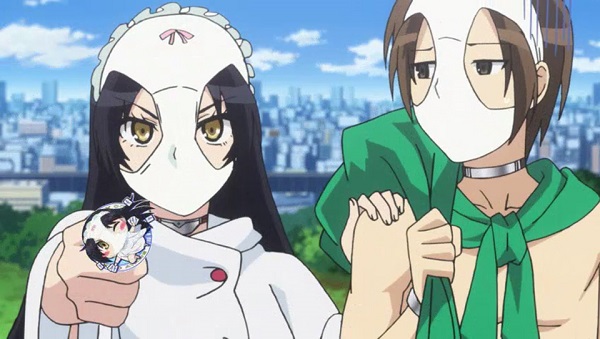 In the world of Shimoneta, Japan has been sexually suppressed to the point that people don't know how to procreate. It's up to the main characters and their organization to spread ecchi knowledge to all the people and put a stop to the government's plan to make everyone in Japan chaste. 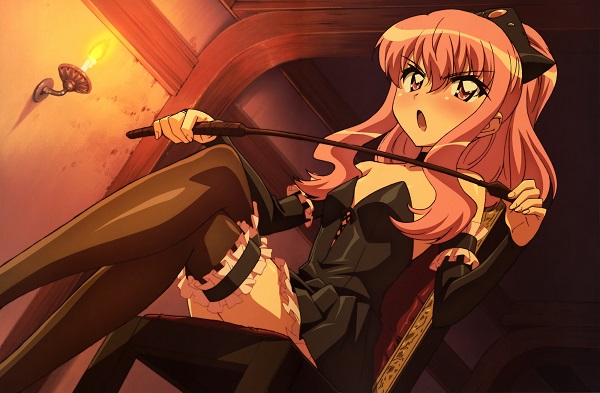 Zero no Tsukaima can be considered as one of the classics that popularized the concept of a 'harem' in ecchi anime. It's about Louise, a magician that can't use her powers effectively, and her familiar Saito, a normal Japanese boy. As the story progresses, Saito attracts more female characters to his harem and whenever Louise sees them, something will definitely explode. 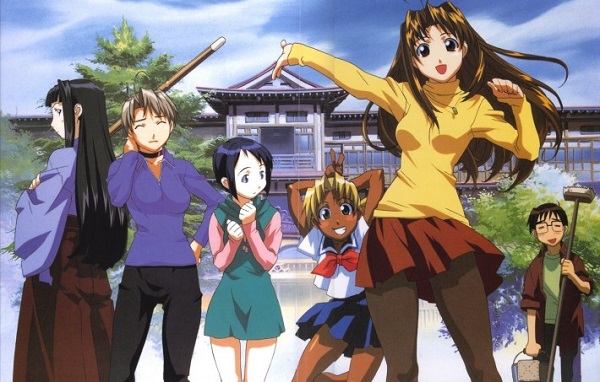 Keitaro Urushima only wanted to fulfill his promise to a girl but he somehow ends up managing an all-girls dormitory. Watch this rom-com anime if you like interesting romantic developments filled with slapstick humor and a small dose of ecchi.

Yosuga no Sora: In Solitude, Where We Are Least Alone 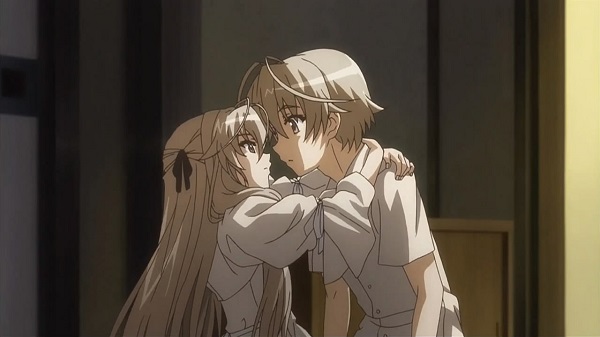 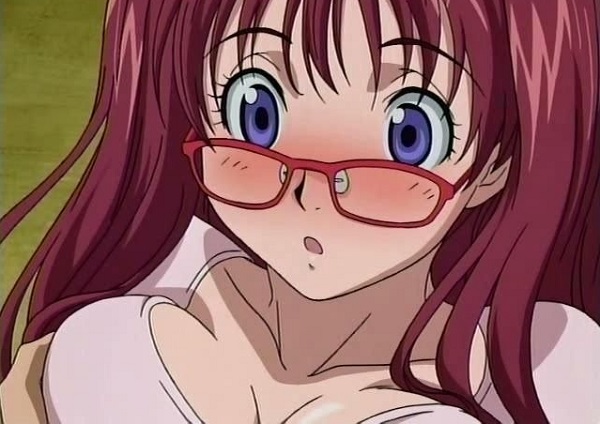 Air gear is a sports anime about motorized roller blades called Air Trek. The competition in this anime involves racing and fighting other Air Trek users on the streets. This anime contains ripped clothes scenes, panty shots, semi-naked breasts etc. The right amount of ecchi for a sports anime with sexy girls. 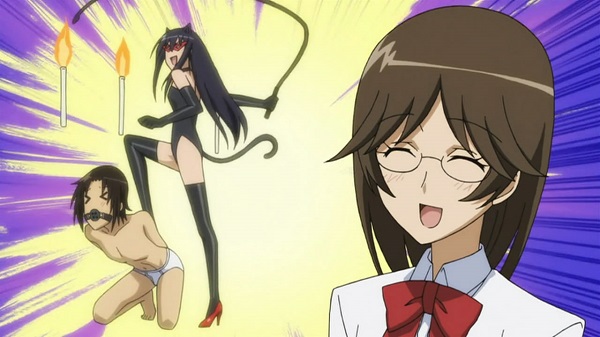 Seitokai Yakuindomo doesn't have that many scenes exposing flesh. What it has is a sack full of adult jokes shared with us by crazy girls in a student council. 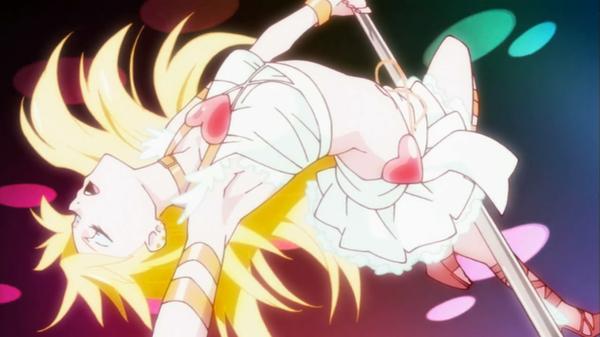 Panty, Stocking and Garterbelt are not just garments. They are the main characters of this show! The siblings Panty and Stocking are fallen angels that are forced to kill evil spirits to earn their way back to heaven while Garterbelt tells them who to kill. Panty is the main source of ecchi in this anime. She's obsessed with sex and had done it with random men in Daten city. 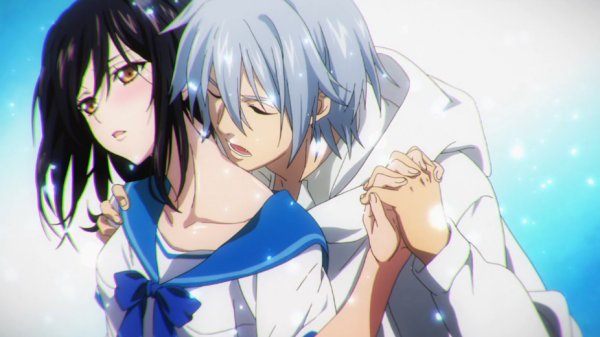 Proven to us not only by this anime but Hollywood films like Twilight, these blood sucking monsters called vampires are now sexy. This anime has ecchi scenes where the heroine would lose almost all her clothes just so the main character can suck her blood. 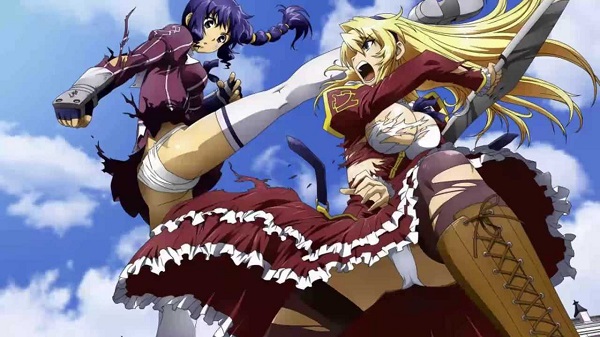 Ridiculously strong girls ordered by wimpy masters, Freezing is like an adult version of Sekirei. You get to see sexy girls of different sizes fighting aliens and getting their clothes ripped up in the process. 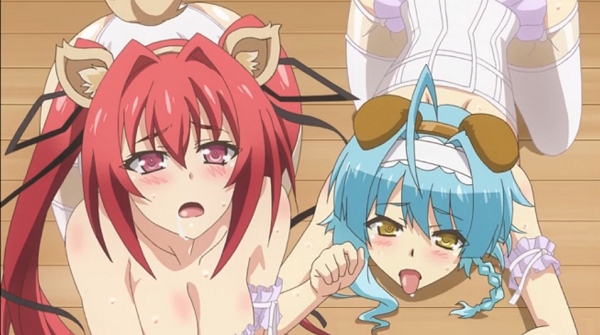 Tojou Basara, the main character of this anime, received the biggest surprise of his life when his father suddenly left him with two sisters before disappearing overseas. It wasn't that bad until he found out that he's already living with a demon lord and a succubus. 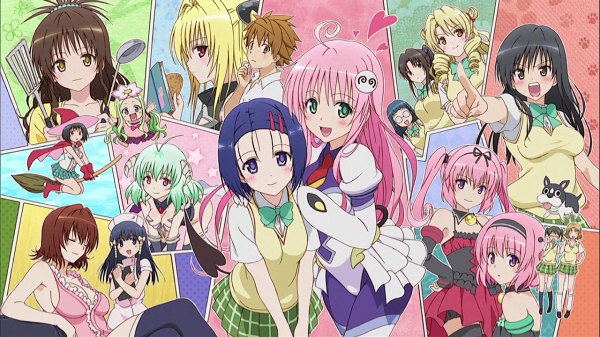 In this anime, groping breasts is another way of saying, "Will you marry me?". It's your typical harem show with a wuss for a main character and a variety of sexy girls wanting to have him for themselves. It's mindless entertainment and fun to watch especially for the solid ecchi moments.

Well, did these ecchi titles get your heart thumping and nose bleeding?
For more of our most highly rated Ecchi Anime, as well as an overview of all the genre has to offer, check out our Ecchi genre page on MAL!