Hot vs Not! Is Anime Fanservice a Bad Thing?

One of the most controversial topics regarding anime and manga is fan service. It is impossible to avoid nowadays, but is fanservice really a bad thing?

What is Fanservice in Anime 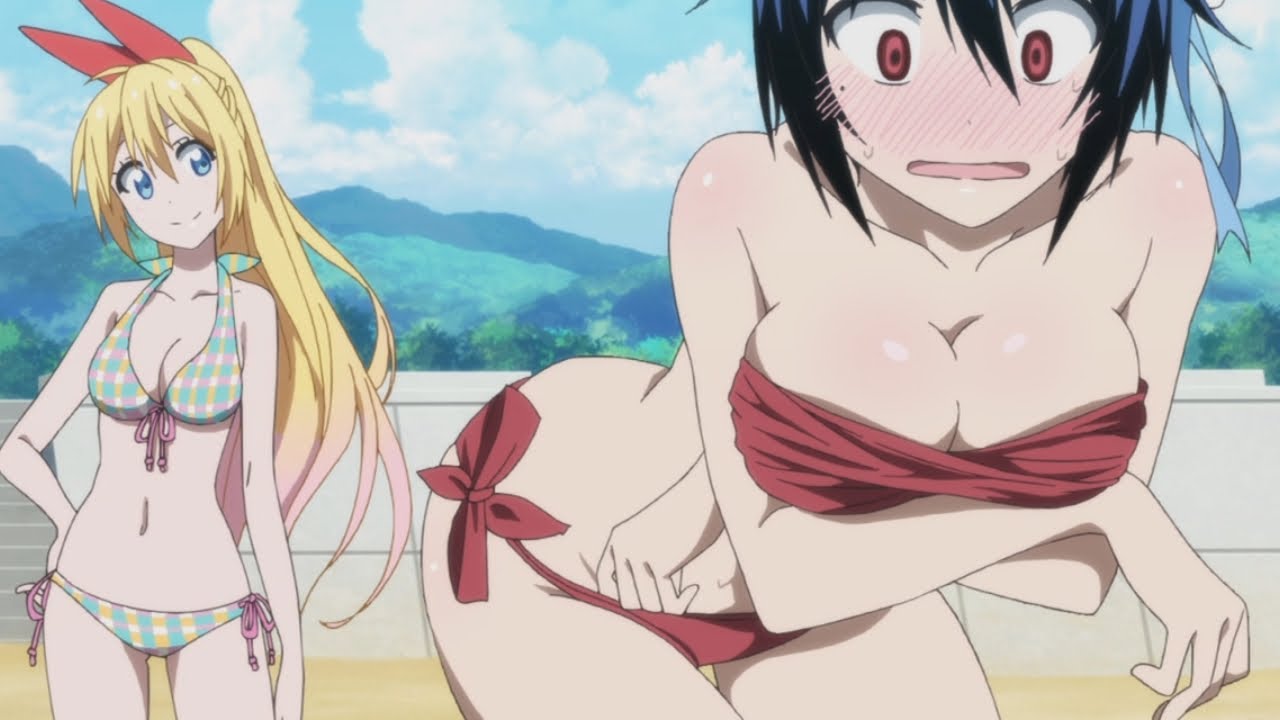 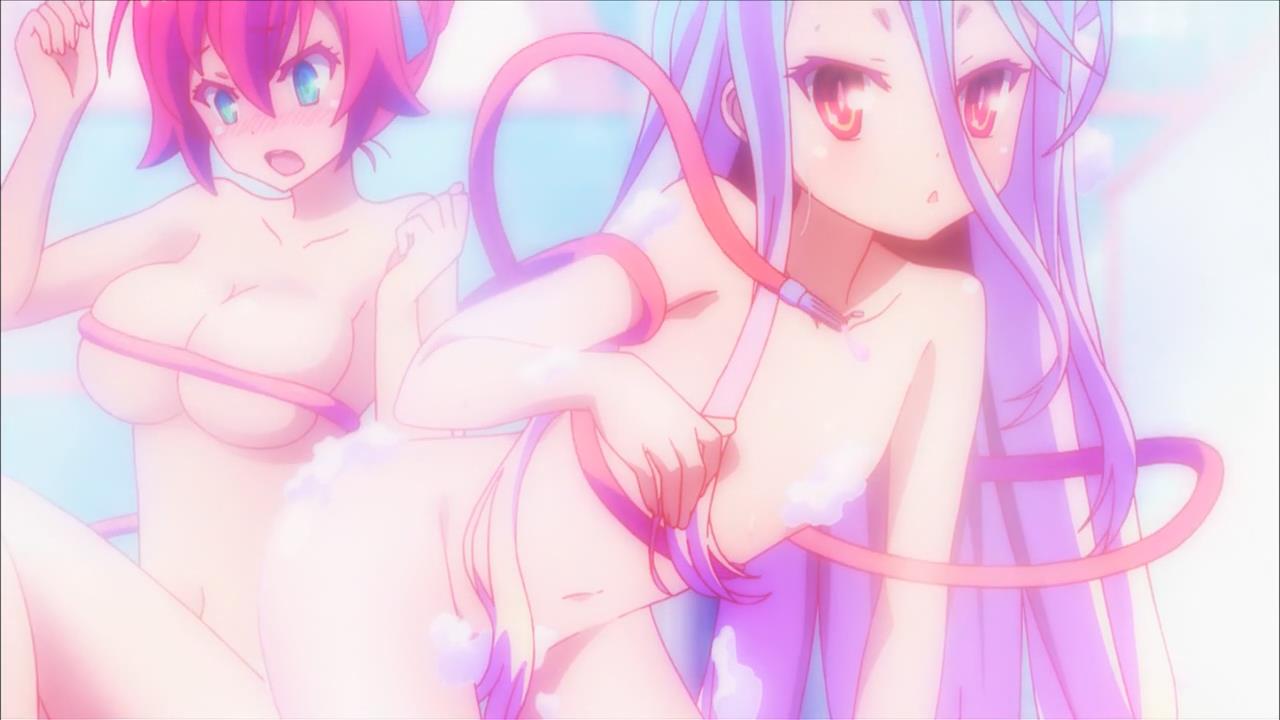 Note that fanservice doesn’t necessarily refer to sex appeal; fanservice can be classified as anything in anime and manga that is used to grab the audience's attention. Technically, violence and gore can be considered fanservice as well. 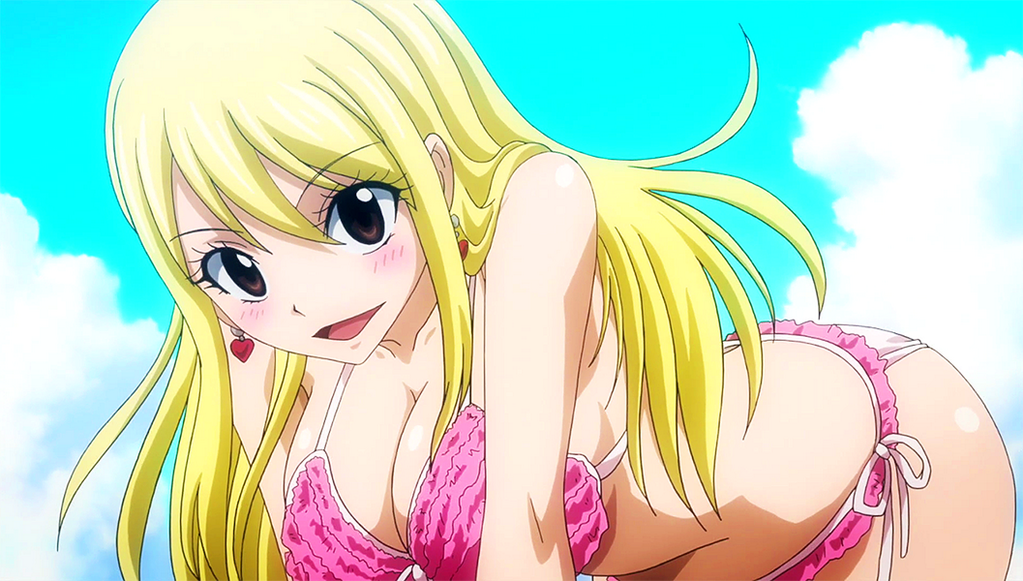 Anime has been around since the early 1900’s. It is hard to say exactly when, and how fanservice started; it kind of seems like it has always been there, and just became more risque as the years went by, and more things were considered ‘acceptable’ in media. Fanservice became a known term in the 1980’s when anime began showing nudity more frequently, even if it wasn’t at the extent that its shown today.

You may be wondering why there is fanservice in anime, and the answer is actually quite simple. Sex sells, and in today’s media, there is no escaping it. Fanservice is a huge money maker for the anime community. Statistically speaking, with a large portion of the anime and manga community being young males, it definitely can be a strong selling point.

Fanservice in anime has been increasing. Along with increased production of ecchi anime, the size of a girl’s chest seems to be getting bigger and bigger. Just take a look at how Nami from One Piece has developed over the years. Whether you consider this a sign of her maturing or just vulgar fanservice is your opinion (but come on). 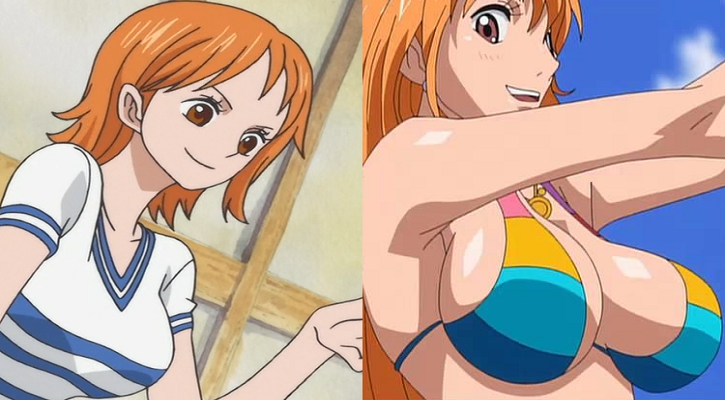 Are We Cool With the State of Fanservice 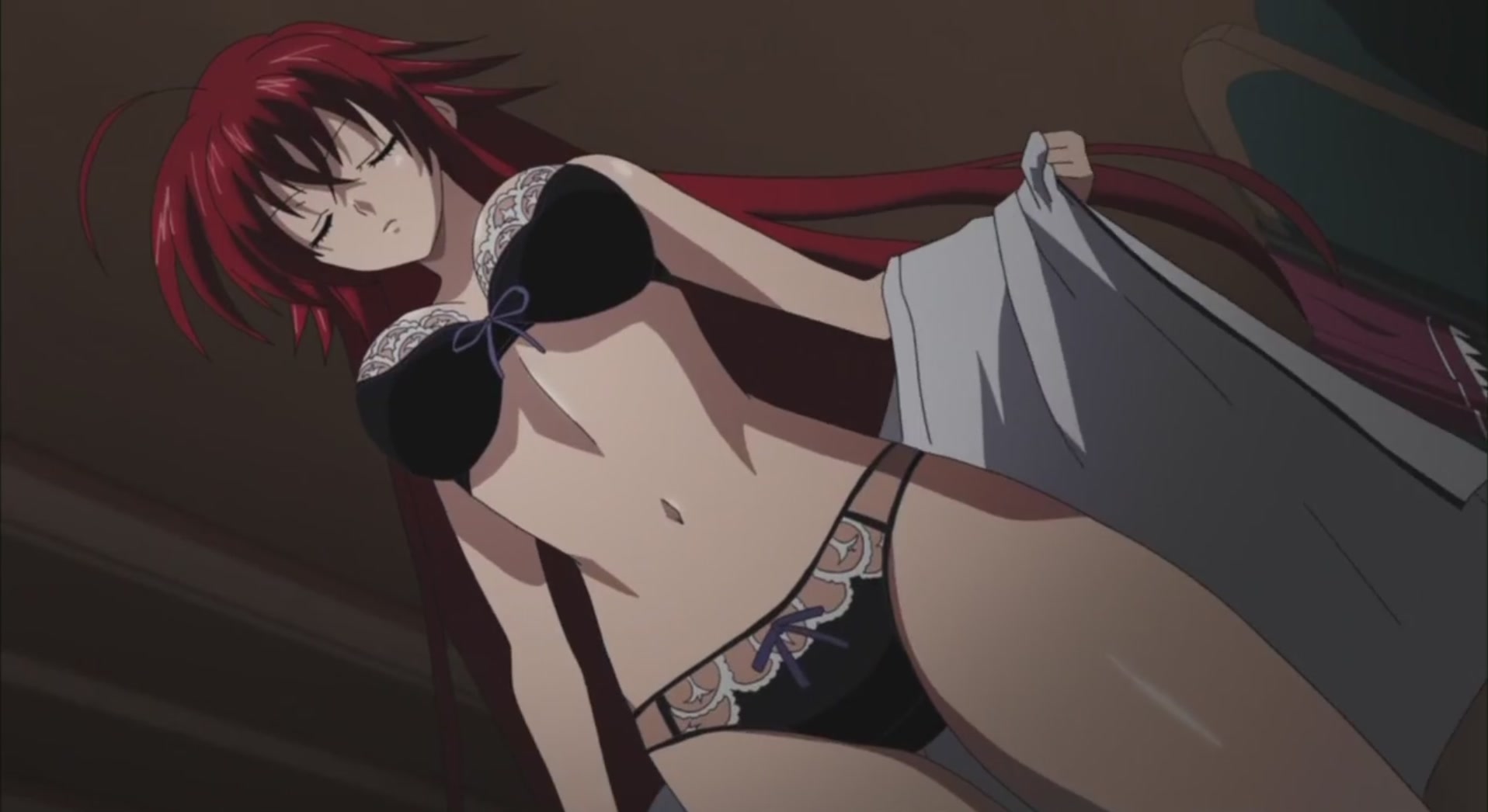 If you look on the internet, you would see that opinions on fanservice in anime and manga are rather divided, with people on both sides of the fence. Some people believe that fanservice is great; it’s a money maker, can make a show more enjoyable, and can even be considered art in some cases. As long as it’s not over the top, and doesn’t discriminate against either gender, fanservice can be a fun addition to anime. However, some people are 100 percent anti-fanservice. They believing it is offensive, objectifies people, and takes away from the story. They argue that it, in no way, contributes to the overall anime community, and just gives the genre a bad rep.

Both sides can be correct. It all depends on whether or not the fanservice is ‘done right.’ High School DxD is an example of fanservice done right. This anime has a good story, and good characters that develop over time. It is an ecchi, and it is not meant for younger audiences, however, the fanservice does not take away from this show’s plot, and it helps to add a little flare. 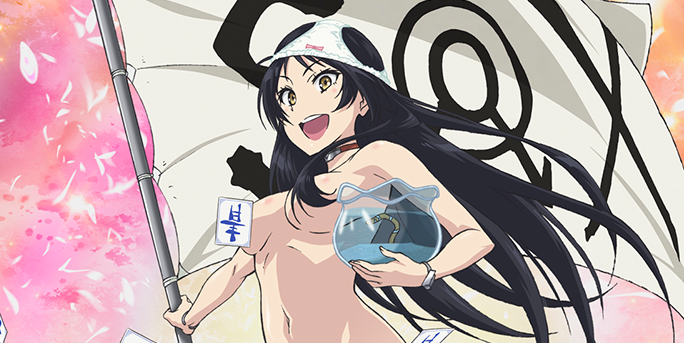 Fanservice can also be used for the purpose of comedy: Monster Musume, Panty and Stocking with Garterbelt, and Shimoneta are three examples of anime that use fanservice to comedic effect. The shows don’t take themselves too seriously, and consequently, the fanservice doesn’t feel forced and out of place. It's easy to tell they're being purposely vulgar for the purpose of satire.

How Fanservice Can Negatively Affect Anime 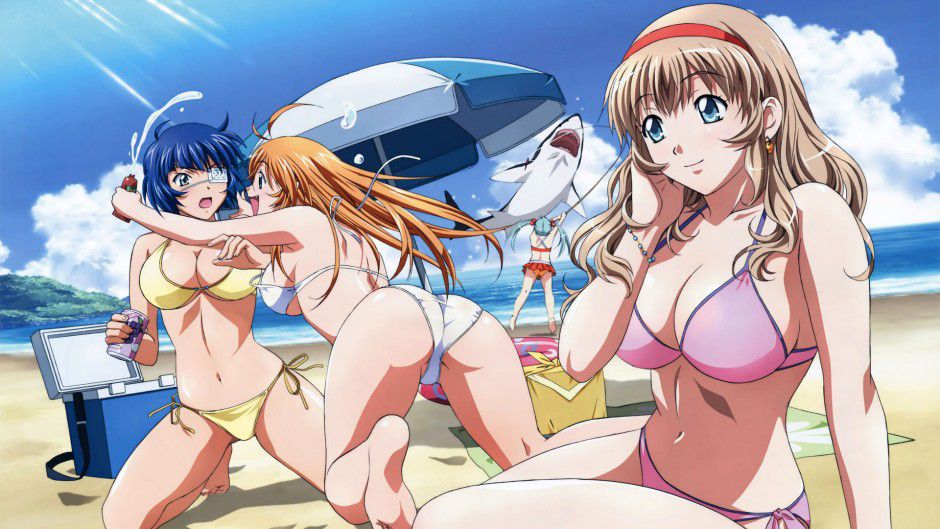 Many fanservice and ecchi anime series out there that are considered extremely controversial. There are several different circumstances in which fanservice is used, and sometimes it can be hard to draw the line between well thought out, purposeful fanservice, and just unnecessary ecchi scenes.

Fanservice has to be consistent. If you have a serious story, and suddenly throw in clumsy, out of place fanservice, it’s going to become hard to take the show seriously. Conversely, if your anime starts off filled to the brim with fanservice, and then suddenly tries to turn itself around into a ‘meaningful’ show, it’s probably not going to go over to well. Fanservice cannot be used as an excuse for a bad story, and it shouldn't intrude and ruin the story.

Also, if a character has absolutely nothing deep, or meaningful about them, and are absolutely unbearable, a series can not turn them into fanservice objects, and hope that it will redeem the character’s terrible qualities.

Some examples of anime that are affected by this poor use of fanservice, and are considered sub-par series include Ikkitousen and Eiken.

Ecchi series can be very controversial. Here are some examples of anime series where it is hard to tell whether or not the fanservice is meaningful, and adds to the experience of the show, or if it just overwhelms and ruins the it. 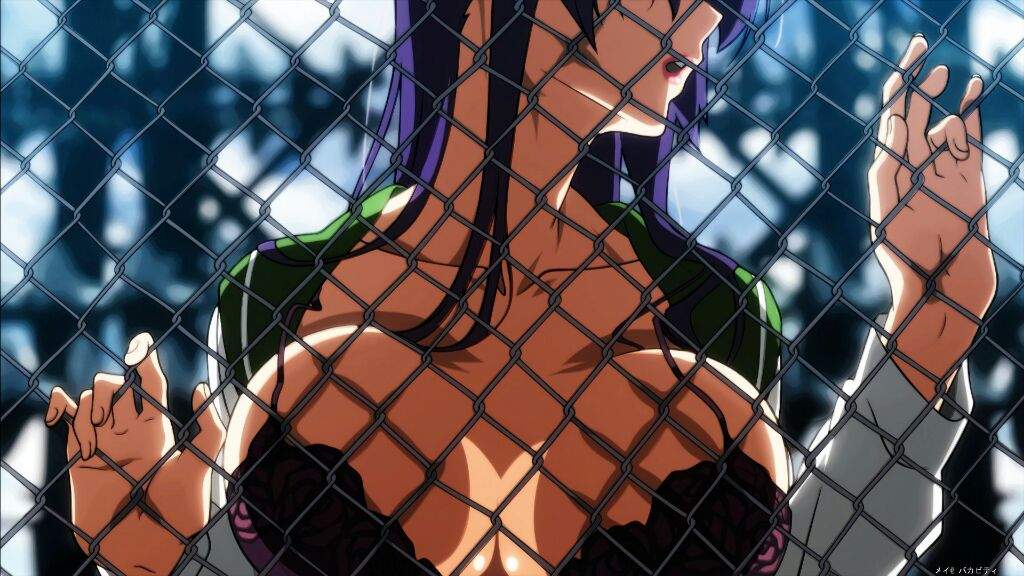 This show is actually very well done, but the grotesque, outrageous, physics-defying fanservice it contains make it infamous.

The show is a perfect example of a series with fanservice that is distracting, and just flat out ridiculous. Some scenes were just so forced, and unnecessary it was almost impossible to immerse yourself, and fully enjoy the show.

But at the same time, you could tell that the show wasn’t taking itself seriously, and all it was trying to be was a fun action series, featuring hot women fighting zombies. So the fanservice could be forgiven at times. 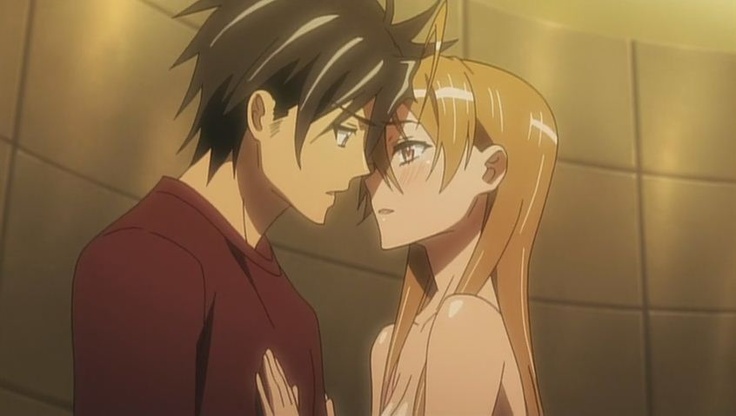 This is another anime series filled with absolutely outrageous fanservice. Just take a look at the main character, Ryuuko Matoi’s, magical girl ‘outfit!’ And it’s not just her; archrival Satsuki Kiryuuin is also heavily sexualized. Was the anime just using extreme fanservice? Or was it simply used for satire, and as a running gag for the show, and wasn’t necessarily trying to ‘sexualize’ characters? You will find that this is a hotly debated series within the anime community for these reasons. 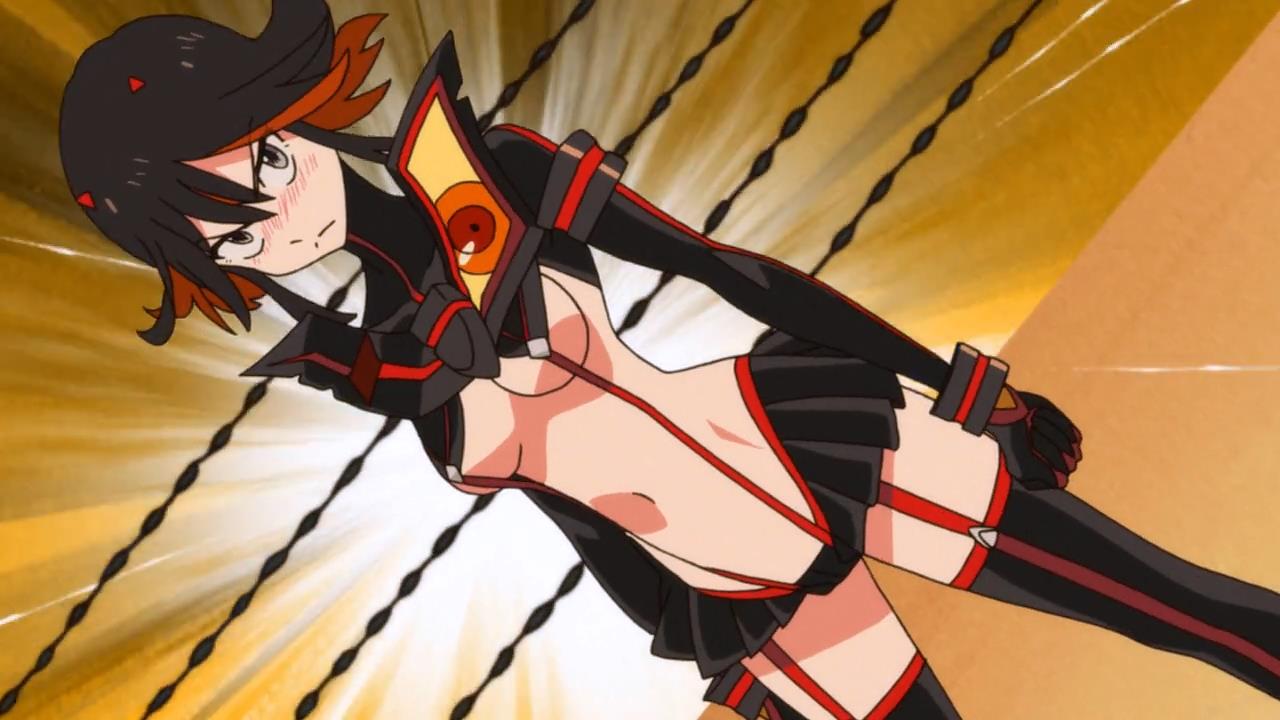 So in the end, I guess it’s all just your opinion. When it comes to anime, people have different tastes and preferences. Most of the time, fanservice is just harmless fun. If you enjoy fanservice, that’s fine! I think it’s safe to say that everyone enjoys it from time to time. And if you cringe at the very thought of a single panty shot, then that’s fine as well. Whatever floats your boat. 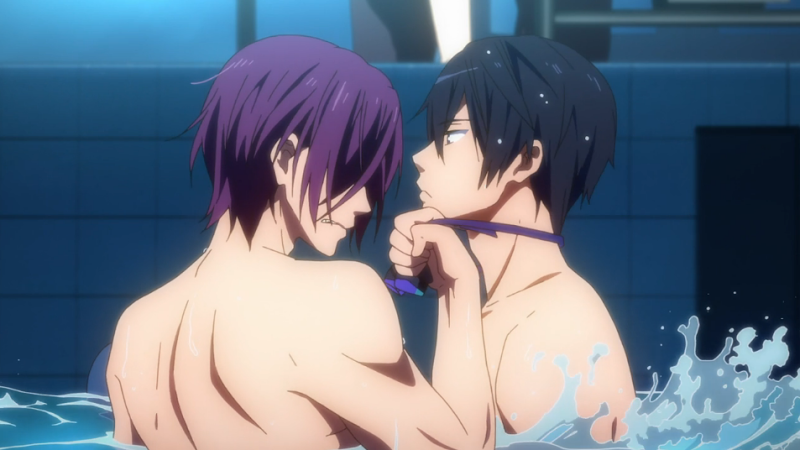 Let's take a closer look at the latest series in this long-running franchise! Just about everything has improved in this season of To LOVE-Ru: the harem is bigger, the plot is deeper, and the animation is much more detailed. Now if only I could find the uncensored version...